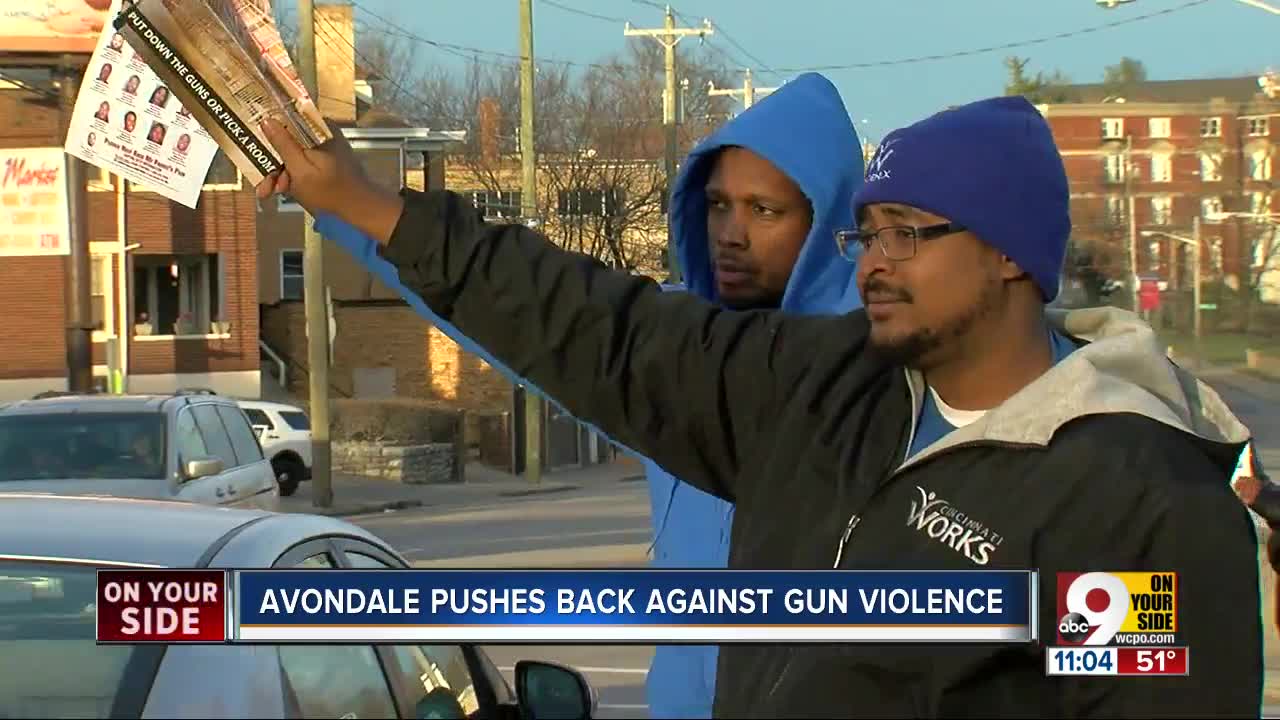 Avondale residents gathered Thursday night to call for peace ahead of the uptick in shootings the city typically sees during the summer. "We had a rash of shootings up here a couple of weeks ago, so we're just trying to get in front of this thing before the shootings start for the year," community outreach advocate Mitchell Morris said.

CINCINNATI — Avondale residents gathered Thursday night to call for peace ahead of the uptick in shootings the city typically sees during the summer.

"Enough is enough," community advocate Mitchell Morris said to a crowd gathered at the corner of Ridgeway Avenue and Reading Road. "It cannot continue like this."

The message isn't new, but the messengers are. In September 2019, a similar group worked in the community to try to curb the violence.

"We're losing so many people to the graveyard and the penitentiary," Morris said.

Protesters pounded the pavement and chanted to show a united front in the face of the specter of gun violence. In 2019, there were 27 total shootings in Avondale. Two of them were fatal.

"We're going to help them develop a strategy on how to kind of deal with this," community activist Pastor Ennis Tait said. "We don't want to leave them out there by themselves. They need direction. They need guidance. They need support."

Advocates have said for years they need better buy-in from the communities they serve.

"It's our time to give them that voice, but it's also our time to partner with them to make sure that whatever they're looking for – to take back their streets – we're providing that support for them," Tait said.