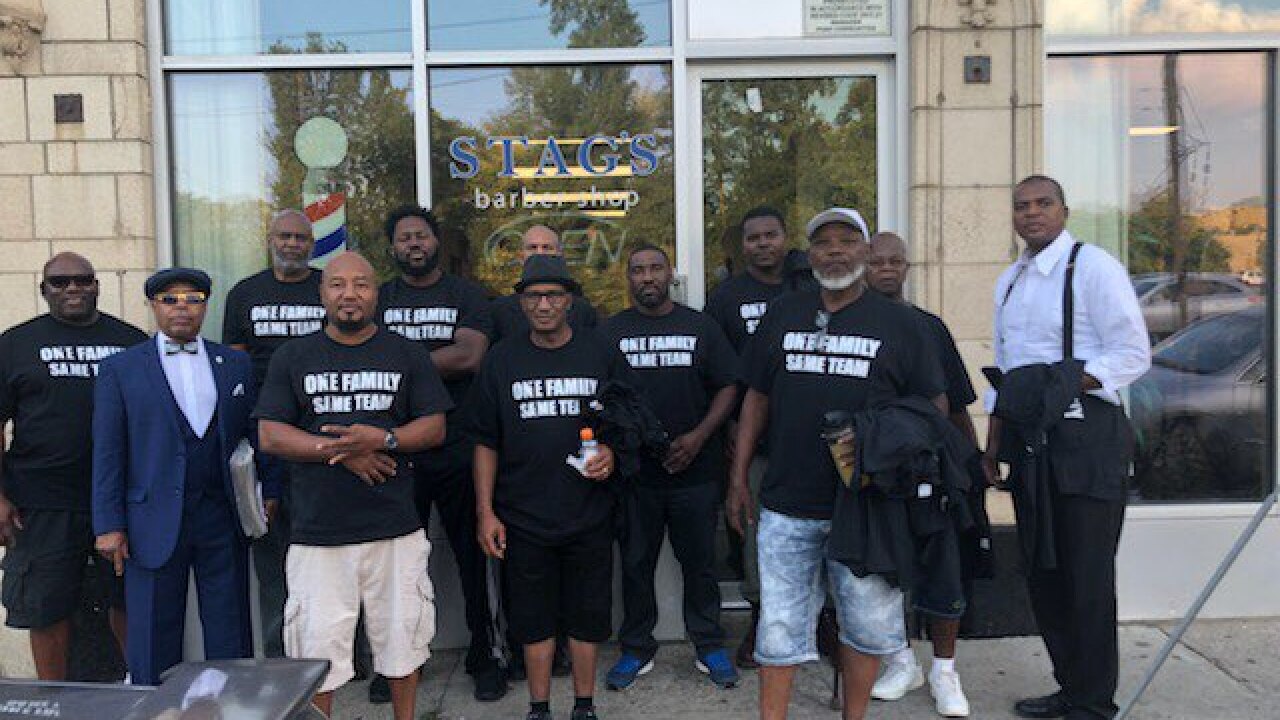 Copyright 2019 Scripps Media, Inc. All rights reserved. This material may not be published, broadcast, rewritten, or redistributed.
Ryan Houston
Pastor Damon Lynch III (front right) and the Kings pose in front of Staggs Barbershop before outreach in Avondale. The group&#39;s goal is to be positive mentors to young men in order to stop gun violence. 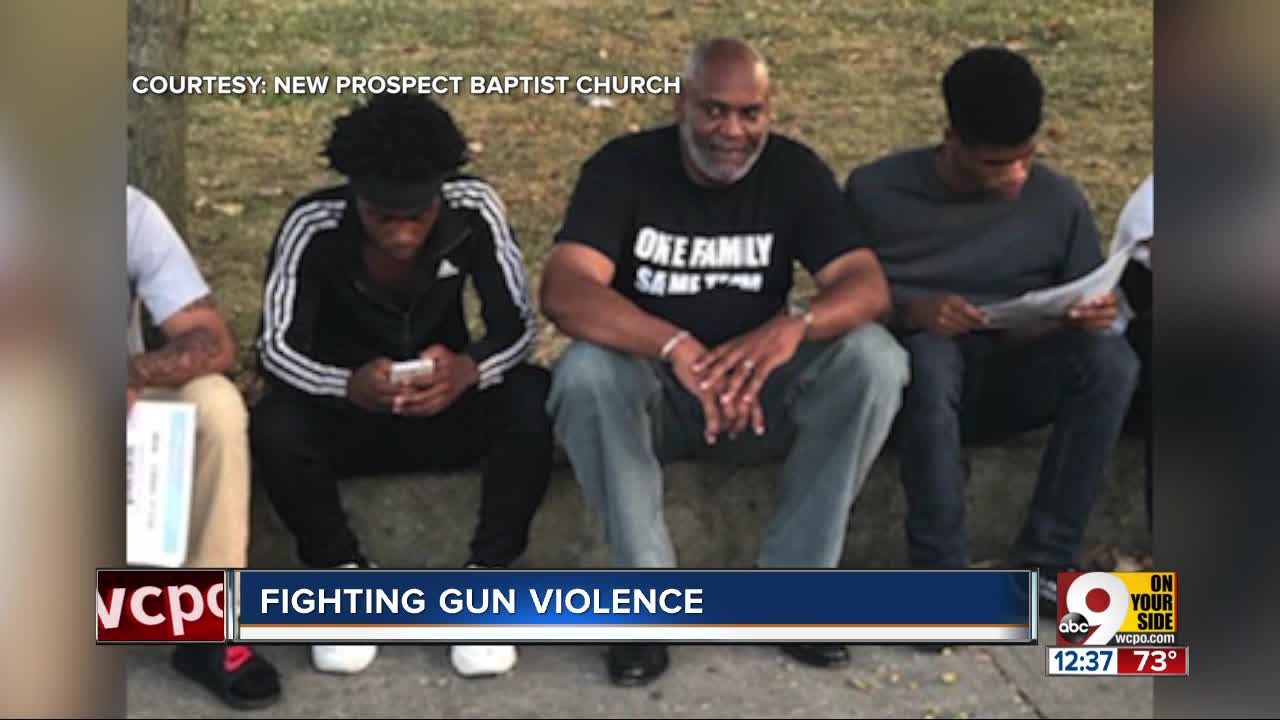 CINCINNATI — “Each one, save one” is Pastor Damon Lynch III's motto.

Lynch and a group of 50 men hit the streets twice a week in an effort to curb gun violence in Avondale. Lynch put out a city-wide call last month, and a group called Kings was formed. The movement is made up of Christians, Muslims and Atheists all working to save the next generation.

At least 30 people have been shot and killed in Cincinnati since May 30. Of those fatal shootings, one occurred in Avondale, and three took place in nearby North Avondale.

Authorities on Sept. 16 arrested a 15-year-old in the shooting death of Kesean Banks, 15. Banks was shot and killed on Sept. 8 on Reading Road near Dana Avenue in North Avondale.

After an officer-involved shooting in Avondale earlier this month, Chief Eliot Isaac said he had ordered a stepped-up police presence in the area because of a recent increase in violent crime.

According the city’s website, 89 violent crimes have been reported in Avondale this year. That's 15 more violent crimes - a 20 percent increase - compared to last year at this time.

Lynch said the only way to combat gun violence is through an “all hands on deck” approach.

The Kings meet every Wednesday and Friday night and for outreach. The goal is to provide young men with role models.

“Iron sharpens iron,” Lynch said. “And a lot of these men have been where these young men are and can tell them and give them direction on how to become a real man.”

Lynch said one of the young men the group talked to last week was shot Sunday while walking in Avondale. Lynch said he is still in the hospital as of Thursday.

If you’re interested in joining, the Kings will meet at 6:30 p.m. Friday at Staggs Barbershop on Burnet Avenue. The group will meet again at 5 p.m. Sunday at Gabriel’s Place.