Prosecutor: 'State does intend to seek the death penalty' in shooting death of Clermont Co. deputy 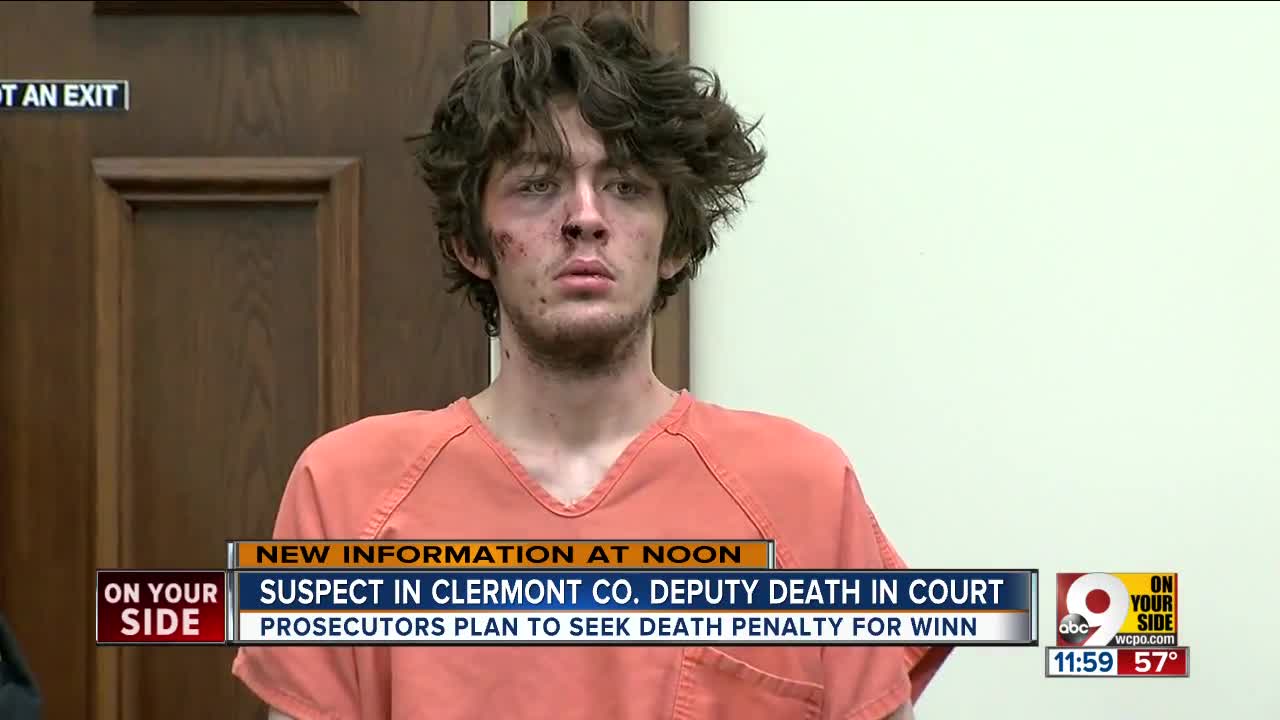 The suspect accused of fatally shooting a Clermont County deputy and injuring another during a standoff was “waiting an ambush,” according to Clermont County Chief Criminal Prosecutor Darren Miller. Miller confirmed the state intends to seek the death penalty in the case against Wade Edward Winn, 23, who was arraigned Monday on charges of aggravated murder and attempted aggravated murder in a room filled with employees of the Clermont County Sheriff’s Office. 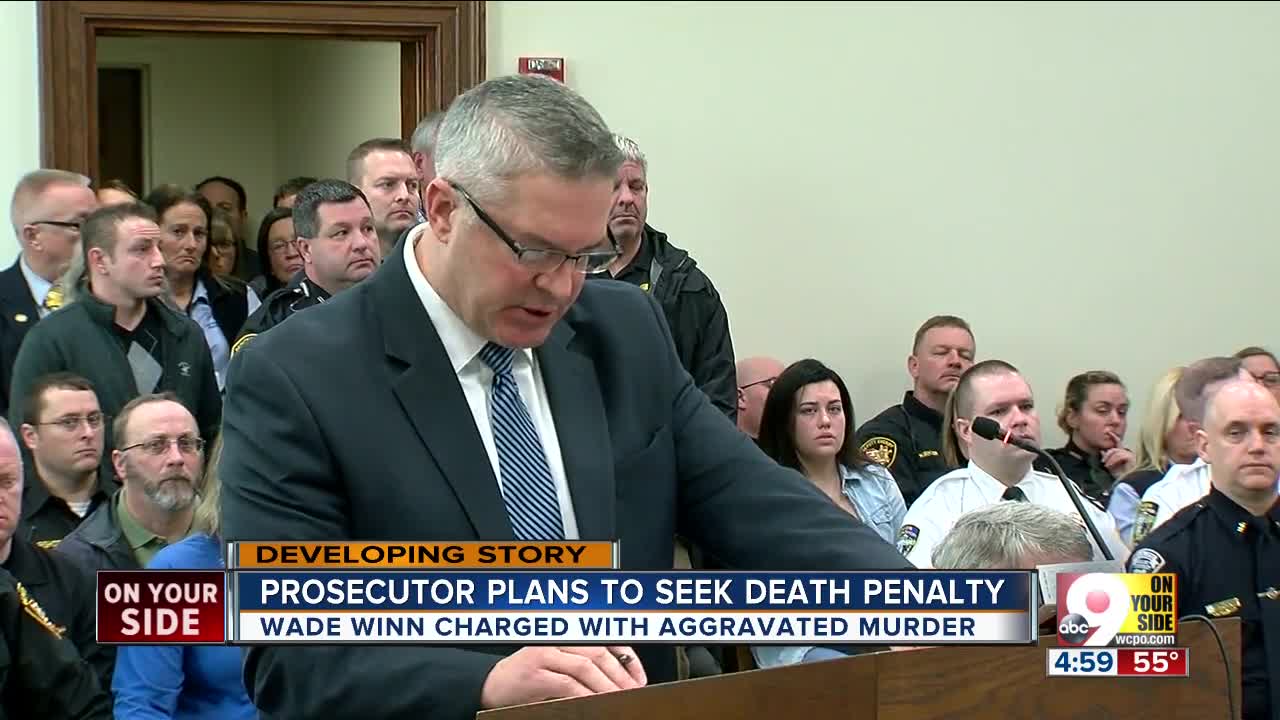 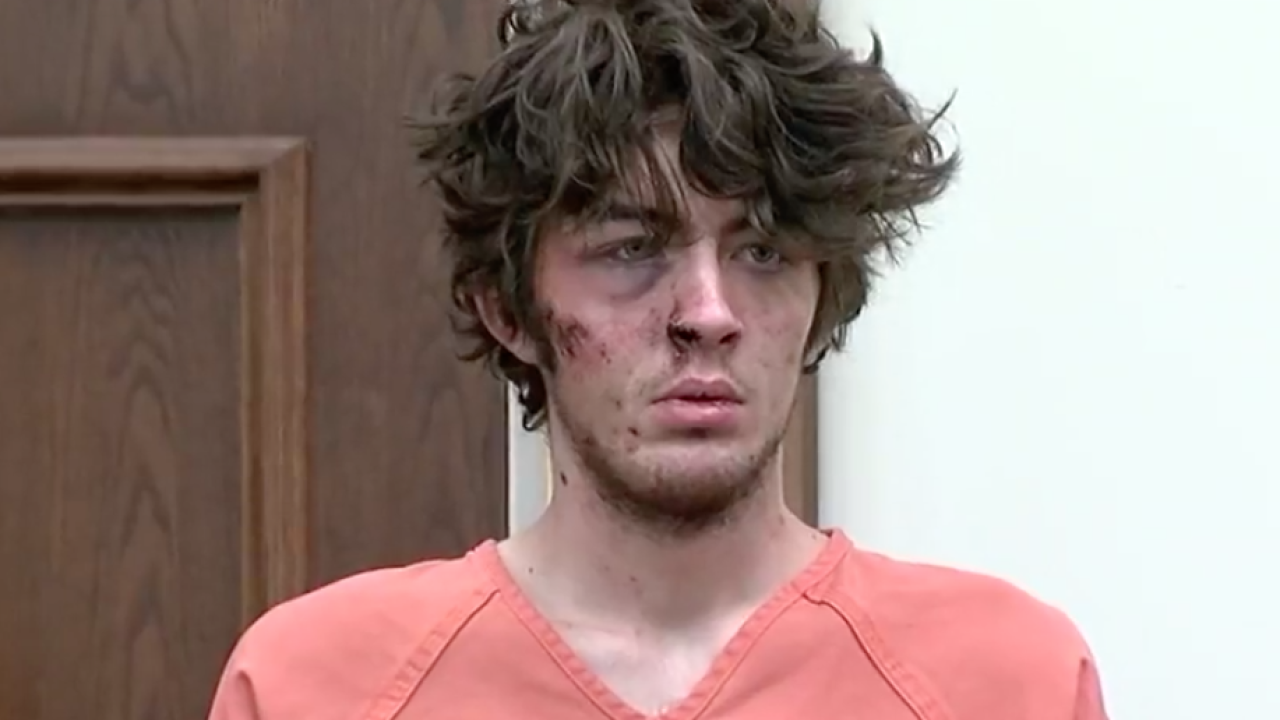 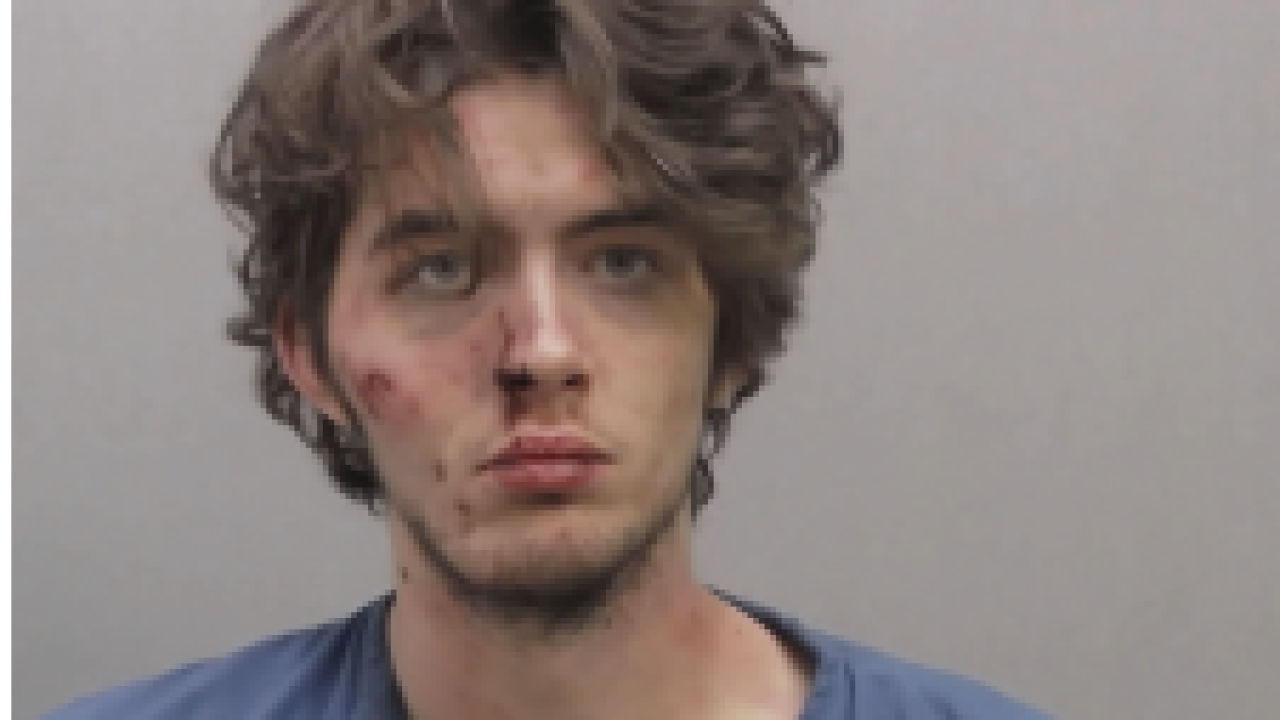 CINCINNATI -- The suspect accused of fatally shooting a Clermont County deputy and injuring another during a standoff was “waiting in ambush,” according to Clermont County Chief Criminal Prosecutor Darren Miller.

Miller confirmed the state intends to seek the death penalty in the case against Wade Edward Winn, 23, who was arraigned Monday on charges of aggravated murder and attempted aggravated murder in a room filled with employees of the Clermont County Sheriff’s Office.

MORE: Funeral services set for Clermont County deputy who died in the line of duty

Winn is charged in the death of Detective Bill Brewer, a 20-year veteran of the Clermont County Sheriff’s Office. Winn is also accused of shooting DeRose Saturday during the 12-hour standoff at On The Green at Royal Oak Apartments in Pierce Township. DeRose was treated and released from University of Cincinnati Medical Center, authorities said.

The standoff started when the suspect called 911 indicating that his home was being burglarized, Miller said in court Monday. He said when law enforcement responded the defendant refused to exit his apartment and officers realized that weapons were inside Winn’s home. That’s when Miller said Winn threatened suicide.

“The defendant feigned a suicide and because Deputy Bill Brewer and Lt. Nick DeRose are law enforcement officers and had taken an oath to protect and serve — they entered the defendant’s apartment on what they believed to be an effort to render aid and potentially save the defendant’s life,” Miller said.

Watch Monday's hearing in the player below:

Miller said Winn fired “multiple rounds through the walls of his apartment,” wounding Brewer and DeRose. Miller asked that no bond be granted in this case. Judge Kevin T. Miles set bond at $10 million.

“In order for there to be no bond, the court has to have a specific hearing on that,” the judge said. “Given the gravity of the crime that’s alleged here, the risk that he poses to the public, his prior criminal history — court is going to set bond at the amount of $10 million.”

Court records show Winn was charged with improperly handling firearms in a motor vehicle in 2018 and pleaded not guilty. He also pleaded guilty to marijuana charges from 2015 and 2017.

Winn was taken into custody at 6:35 a.m. Sunday after his apartment caught fire. Miller said the suspect surrendered without a single shot from law enforcement. A deputy on the scene told WCPO they had not shot back at the barricaded man but they did fire a flash-bang grenade shortly before midnight. A flash-bang emits an intensely loud "bang" and a blinding flash designed to disorient or incapacitate a suspect.

The Ohio Fire Marshal is investigating the cause of the fire.

Winn’s defense attorney, Jay Clark, calls the case an example of what happens when “mental illness gets out of control,” saying his client has “serious psychiatric disorders.”

“He (Winn) gave me three diagnoses that I won’t tell you what they are now,” Clark said. “But he’s been medicated for them in the past and they’re significant.”

Clermont County Sheriff Robert Leahy was one of the law enforcement officers in the courtroom Monday. He said his employees are devastated.

“Bill was an outstanding man. Twenty years. He was a good father. A good husband. A good friend. A good employee,” Leahy said. “He’s what this country needs more of. Some dirt bag has taken this away from everybody.”

Winn is being held at the Clermont County Jail. A preliminary hearing was scheduled for 1 p.m. on Feb. 13.