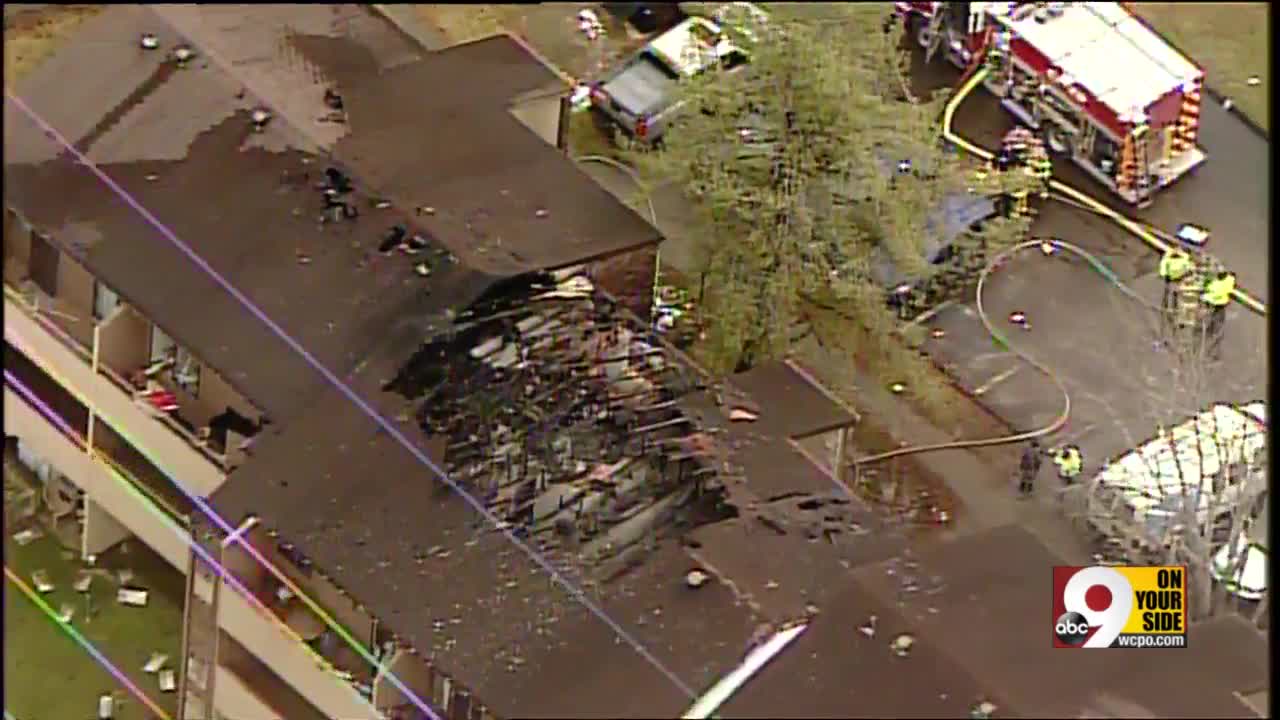 PIERCE TOWNSHIP, Ohio — Chopper 9 had an exclusive view of extensive fire damage at the apartment complex where a gunman killed a Clermont County deputy and wounded another.

WATCH in the video player above.

The fire broke out minutes before the suspect was taken into custody at 6:35 a.m. Sunday, ending the violent 12-hour standoff at On The Green at Royal Oak Apartments, near Stillmeadow Country Club, formerly known as Royal Oak Golf Course.

In a brief statement, Capt. Jeff Sellers of the Clermont County Sheriff's Office confirmed that a two-alarm fire in the apartment building where the gunman had barricaded himself was connected to the standoff. Sellers did not say how the fire started and he did not release any other details about the fire or the standoff.

WCPO’s Jasmine Minor, reporting from a media vantage point a half-mile away, said she heard more shots fired shortly after 6 a.m., and shouts of "Go! Go! Go!" Minor said she saw police cars and fire trucks racing toward the building, then she saw flames shooting through the roof.