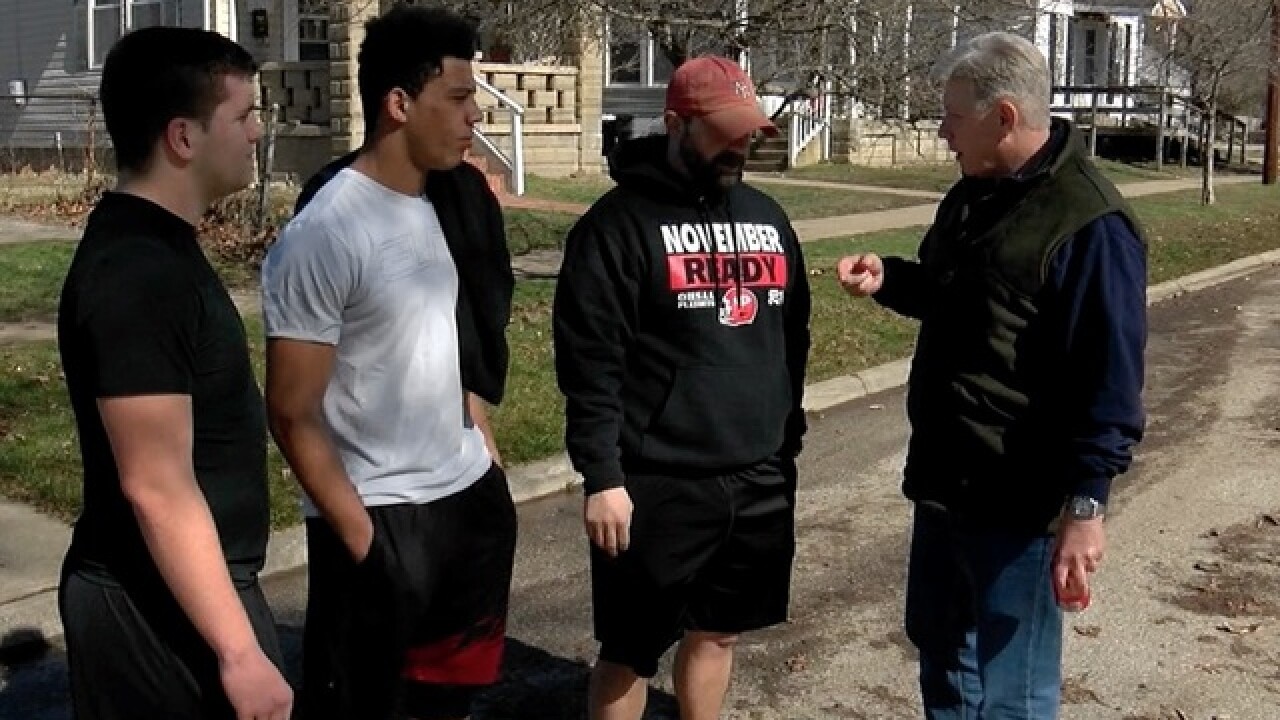 "That's what family means," Burke said, "and that's what we're doing down here, sacrificing our time to help others."

When a disaster hits a small town like New Richmond, it touches everybody. Over the weekend, at least a third of the town was underwater.

And Burke wanted to be sure nobody who needed help would be alone.

His players fanned out across the village Tuesday, as the Ohio River kept up its slow crawl back to its banks and people took up the backbreaking job of putting life back to normal.

RELATED: For some, flood damage not immediately clear

They were at the Veterans of Foreign Wars hall, and at business on Front Street. At First Baptist Church on Western Avenue, no water made it inside, but it wasn't far off. The sign outside: “Need an ark? Fear not! We Noah guy."

A concert scheduled for Friday night will go on as planned. First Baptist will have its regular services Sunday.

The young volunteers stopped by to retrieve items they'd moved out of harm's way last week. Chet Sweet, First Baptist's pastor, said it would've taken much longer without the help.

The Ohio is getting lower and lower by the hour, but it's slow. Front Street, covered in water Monday, was clear and reopened to traffic Tuesday. Many other roads remained closed. Utility crews worked to restore power.

New Richmond schools were closed Monday and Tuesday; the floodwaters directly affected some students. That they helped with cleanup was a point of pride for Superintendent Adam Bird -- everyone from coaches and players to National Honor Society advisers and student council members.

Josh Anderson, a junior quarterback, said he and his teammates were happy to help.

"The community comes out and watches our games on Friday night," he said, "so we're just giving back to the community by helping with the flood and all the tragedy."