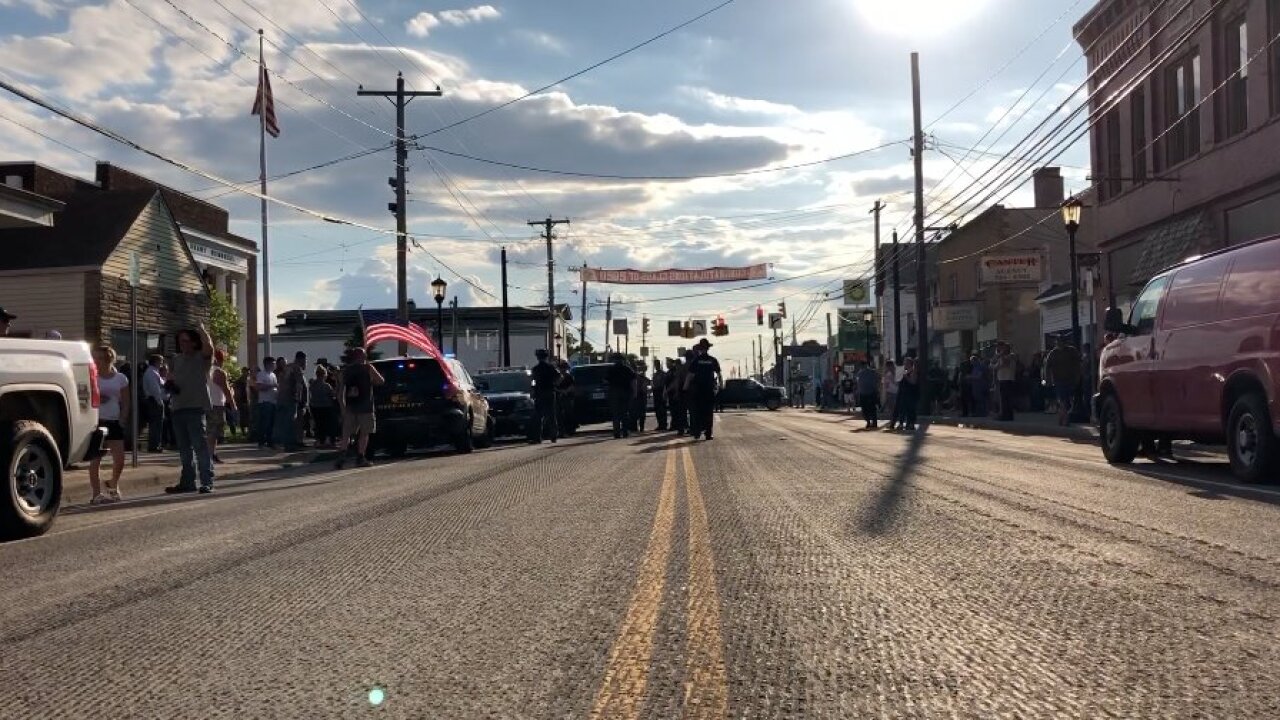 Copyright 2020 Scripps Media, Inc. All rights reserved. This material may not be published, broadcast, rewritten, or redistributed.
Jake Ryle
Black Lives Matter protesters and counterprotesters line each side of Plane Street in Bethel, June 15, 2020.

BETHEL, Ohio — An arrest warrant has been filed by the Bethel Police Department for the man seen punching a Black Lives Matter protester in the back of the head in a video that has now gone viral.

According to the police, Johnnie Devault hit a man in the back of the head Sunday afternoon at the Black Lives Matter protest in downtown Bethel.

"This offense took place in the presence of a Police Officer (sic) but was not witnessed by the Officer," a news release from the Bethel Police Department said. Despite the officer not seeing this, the victim "was then removed from the area to file a report and to seek medical treatment."

Initially, charges weren't filed against Devault because the victim didn't know who hit him. However, after videos of the assault were posted online, witnesses came forward and identified Devault.

The police are now searching for Devault who faces a misdemeanor assault charge.