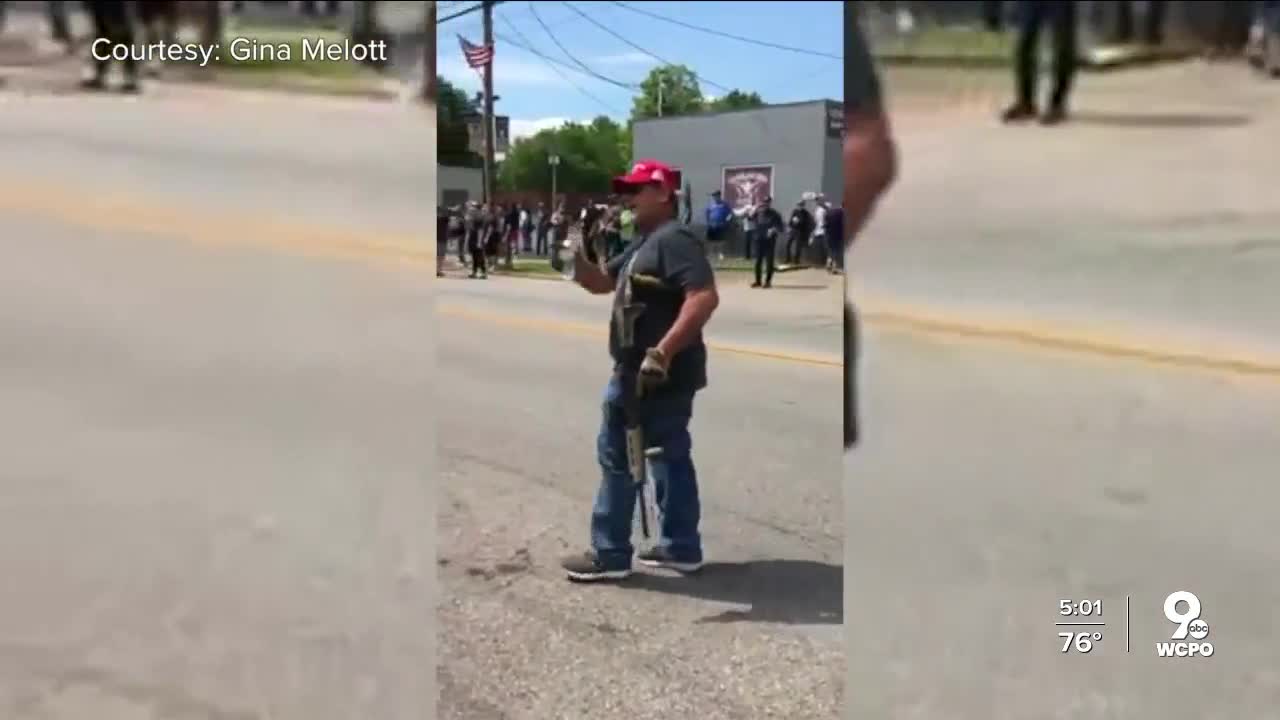 The group was supposed to be small, police said: About 100 local demonstrators who had hoped to stage a peaceful Sunday afternoon protest in solidarity with Black Lives Matter.

BETHEL, Ohio — The group was supposed to be small, police said: About 100 local demonstrators who had hoped to stage a peaceful Sunday afternoon protest in solidarity with Black Lives Matter.

Amber Deitsch wouldn’t have gone with her 16-year-old daughter otherwise.

“I thought this would be her opportunity,” she said. “It’s our hometown, and at the time, I was thinking it was going to be safe.”

But news of the event spread via social media, prompting hundreds of counter-demonstrators — some with pro-police “Back the Blue” groups, some carrying Trump reelection memorabilia, others affiliated with Second Amendment activism and openly carrying rifles — to arrive on East Plane Street before the Black Lives Matter group.

The crowd grew to around 800 strong, a little less than a third the size of the town’s population. The task of containing it fell to the Bethel Police Department, which staffs only six officers.

Videos circulated on social media and YouTube show what happened next: Screaming matches, verbal harassment and physical confrontations. In one video posted to Facebook, a female counter-protester approaches black protester Heather Bratton and repeatedly calls her the N-word.

The interaction occurs around 5:30 in Bratton's Facebook video below. The slur and other profanity are not censored.

In another, a counter-protester approaches Deitsch, who is white, and uses anti-black racial slurs to ask her why she is at the protest.

“It’s unfortunate that my young girls had to see people acting like that,” Deitsch said. “But in a way, it’s a good lesson that not everybody is where we need to be yet.”

In a third video posted by protester Destiny Beckworth, a group of men follow her to her car and tell her that she could get hurt if she stays.

Bethel officials referred to the confrontations as "minor scuffles" late Sunday night. Police said they were investigating 10 reported incidents from Sunday afternoon and encouraged anyone with information about perpetrators or victims to call them.

By 6 p.m. Monday, the groups had lined up again — this time on Main Street. Clermont County Sheriff’s deputies stood guard. The village also order a 9 p.m. curfew, which will expire at 6 a.m. Tuesday.