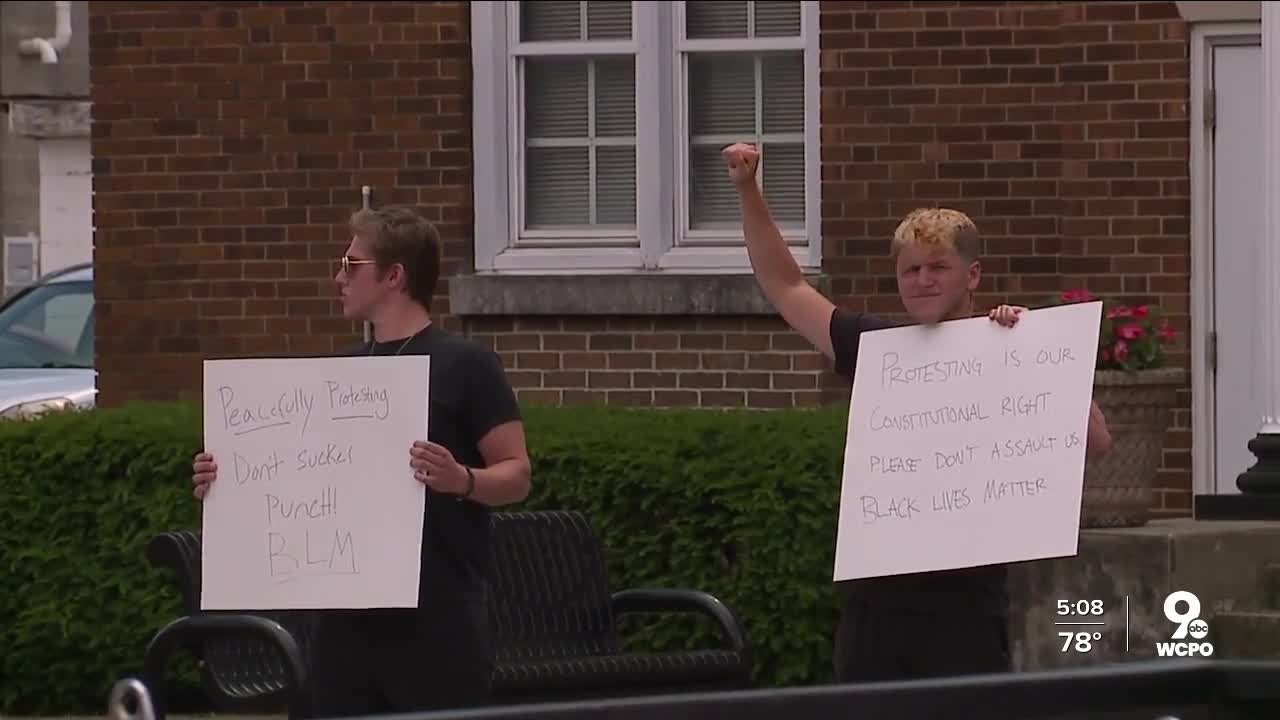 Controversy has erupted in Bethel, Ohio over the past two days after videos surfaced of people with guns and baseball bats confronting people standing in solidarity with the Black Lives Matter movement Sunday. 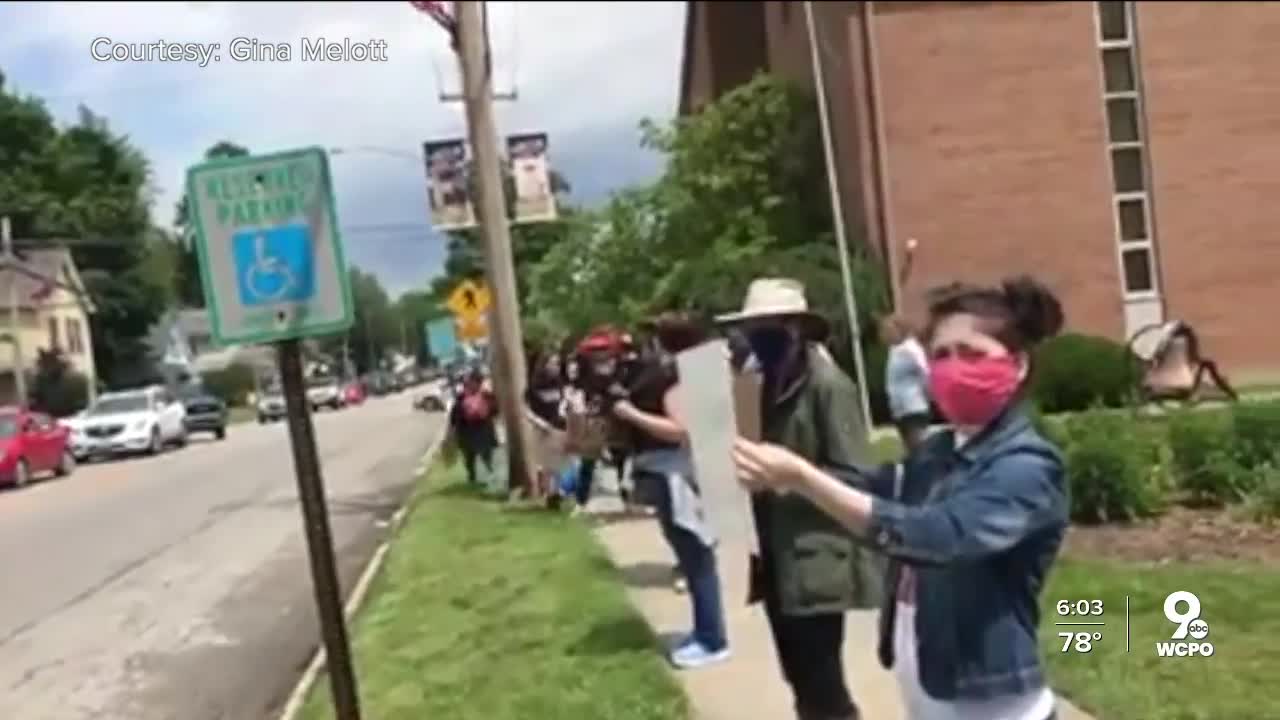 BETHEL, Ohio — Police chief Steve Teague on Tuesday said he condemns the violence that took place when hundreds of counter-protesters disrupted two Black Lives Matter protests in his city over the weekend. The protests, counter-protests and the public reaction have all taken his small department by surprise, he added.

Teague said there are a total of six officers in the rural Clermont County community, and they were prepared for the small group that wanted to protest police brutality on Sunday afternoon.

He didn't expect their opposition — motorcycle gangs, Second Amendment advocates and "Back the Blue" groups, many members of which carried rifles and baseball bats to their counter-demonstration on the opposite side of the street.

“That’s what we allow around here, unfortunately,” Teague said. “You know, it’s their right to do it, and it’s a little scary for us, too, because I'll be quite honest with you, we were outnumbered many times with people having more weapons than the officers do.”

The counter-protesters took protest organizer Alicia Gee by surprise, too. Sunday's Black Lives Matter rally had been her idea.

"It was to help our community build a more equitable community," Gee said.

Future protests are now on hold because she doesn't think it's safe.

"We already saw the violence, and we experienced the violence against ourselves on Sunday," Gee said. "We didn’t need that, and I don’t want anyone else to have to experience that."

Demonstrators asked Bethel City Council and officials to condemn the violence they experienced over the weekend. Bethel Mayor Jay Noble said he has done so.

“When it comes to the violence part and breaking the laws, I do condemn,” Noble said.

Teague said his department is also dealing with the aftermath of a viral video showing an assault as an officer stood by.

He said the man who was punched came into the police department and gave a statement.

“(He) said the officer was distracted, looking to the side, and he even confirmed the officer’s statement of what happened,” Teague said.

He said once the other man in the video is identified, he will face an assault charge. Teague stands by his officer’s actions.

“The officer did take the appropriate action,” Teague said. “I interviewed him at length. After the officer was notified that he had been struck, he was removed from the scene for further investigation, check for medical clearance, which he refused at the time.”

"Even though we illuminated the division that was already there, furthering that division with protests or demonstrations or more people coming to our community is just going to further the divide," Gee said.