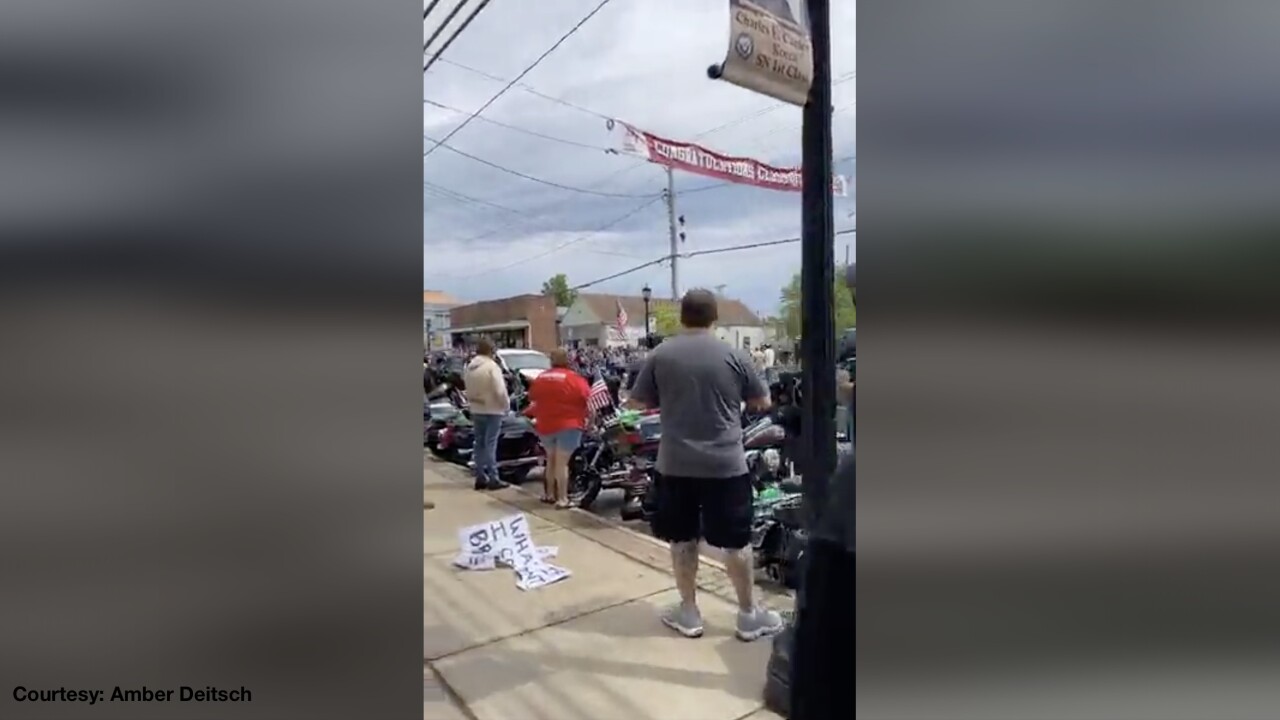 According to Bethel Police, they were notified by a group called Bethel's Solidarity with Black Lives Demonstration of the group's intent to peacefully protest in Bethel from 3:00 p.m. to 4:00 p.m. Sunday afternoon. Police said the group worked with the police department to coordinate the protest, and it was planned that they would be allowed to demonstrate on Plane Street between Main and Union.

In a press release sent by Bethel's chief of police, Steve Teague, Village Administrator Travis Dotson and Mayor Jay Dee Novle II, officials said the initial estimated amount of demonstrators was slated to be roughly 80 to 100 protesters. However, after the group's event circulated on social media, police said, other groups, including "several motorcycle gangs, back the blue groups and second amendment advocates" began to arrive as well.

"Two booths were set up on either side of Plane Street as a staging area for the police officers," reads the press release. "The Bethel Police Department had all six of its officers on duty and stationed around the demonstration area. Six Clermont County deputies were also scheduled to attend as needed. However, at the last minute, most of the deputies were called to respond to another urgent matter in the county and only one deputy was initially able to assist with the demonstration. Nine additional deputies were dispatched and subsequently arrived to assist."

Officials said at 2:00 p.m., an hour before the scheduled peaceful demonstration, around 250 motorcycles arrived and occupied the area reserved for demonstrators, forcing officers to move the Bethel's Solidarity with Black Lives Demonstration.

"By the official start time of the event, there were approximately 750 to 800 people in attendance," reads the release from officials.

Toward the end of the planned time for the peaceful demonstration, police said, the "various other groups" began to move toward the location the Bethel's Solidarity with Black Lives Demonstration had been moved to by police. From there, police said, there were "approximately 10 incidents, which were primarily minor scuffles."

Video and photos posted to social media or shown on Facebook Live showed many demonstrators being punched, or sporting black eyes and other injuries they alleged happened during the event. Police said those involved in incidents were removed, and investigations into the incidents are ongoing.

Bethel Police said they encourage anyone with information on the identities of suspects or victims involved to contact their department.