Dragon China owner's legacy: A loving network of friends who felt like family 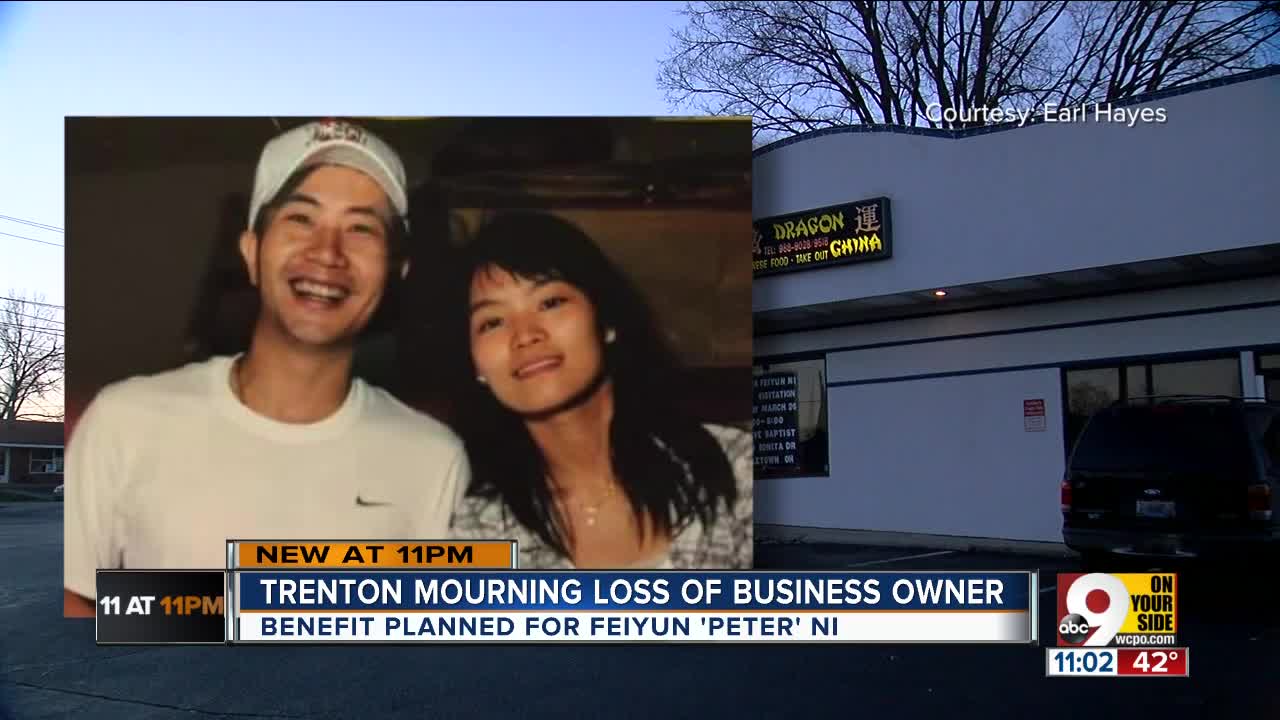 Feiyun Ni, known to most of his American friends as Peter, went out of his way to ensure guests at Dragon China felt like family. They're returning the favor in the wake of his death.

TRENTON, Ohio — Feiyun Ni, known to most in Trenton as Peter, welcomed every customer to Dragon China restaurant as though they were a long-lost friend.

“The place just glowed with warmth and happiness,” Honor Veterans Radio owner Earl Hayes said Tuesday night. “You weren’t a customer. You were a person. You were human. You were family.”

His sudden death in a March 20 crash left that far-reaching family stunned. Flowers and signs quickly accumulated beneath the notice of temporary closure on the restaurant’s front door. As the community processes its grief, members like Hayes hope they can show Ni’s real family — wife Zhen Ni and five children — the same love he showed the entire town of Trenton.

“It’s like the light is dimmed in Trenton,” Hayes said. “We’re going to make sure it doesn’t go all the way out.”

He’ll be broadcasting live from an April 2 benefit for the surviving members of the Ni family, he said. Domino’s Pizza plans to host the event, and 50 percent of every purchase will be donated to the Nis.

Feiyun Ni emigrated to the United States from his birthplace in Fuzhou, China, and created Dragon China in a building that had once been a gas station. He married Zhen Ni shortly after the restaurant’s founding; according to his obituary, the couple had been married for 16 years at the time of his death.

“When I found out, it was extremely hard,” Domino’s manager Aaron Giannamore said. “When I opened the messages that said he had just got into a car accident, I actually began to cry.”

Despite his grief, he, Hayes and others who loved Ni hope they can keep his spirit alive as they figure out what comes next.

“He treated people with utmost respect," Hayes said. "Now, it’s time we stepped in those shoes."