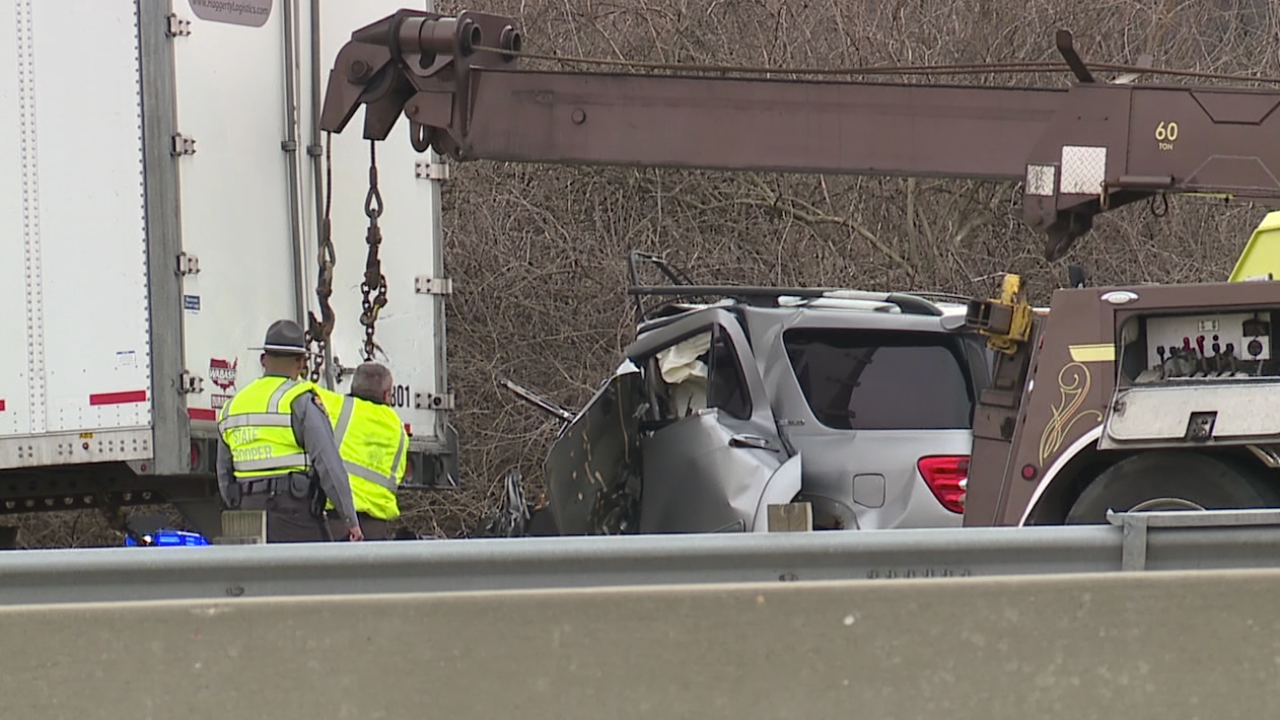 LIBERTY TOWNSHIP, Ohio — A driver was killed in a crash on an Interstate 75 rest area exit ramp, according to the Ohio State Highway Patrol.

Fei "Peter" Ni, 39, of Trenton, was driving north on I-75 and exiting to the rest area just south of the State Route 63/Monroe exit at about 9:38 a.m. Wednesday, troopers said in a news release.

Ni's 2001 Toyota Sequoia went off the left side of the marked portion of the ramp and hit the rear of a parked tractor-trailer, troopers said. He was pronounced dead at the scene.

The 36-year-old tractor-trailer driver was asleep inside his sleeper birth at the time. He awoke but was uninjured, troopers said. He was issued a traffic citation for parking in a "no parking" zone.