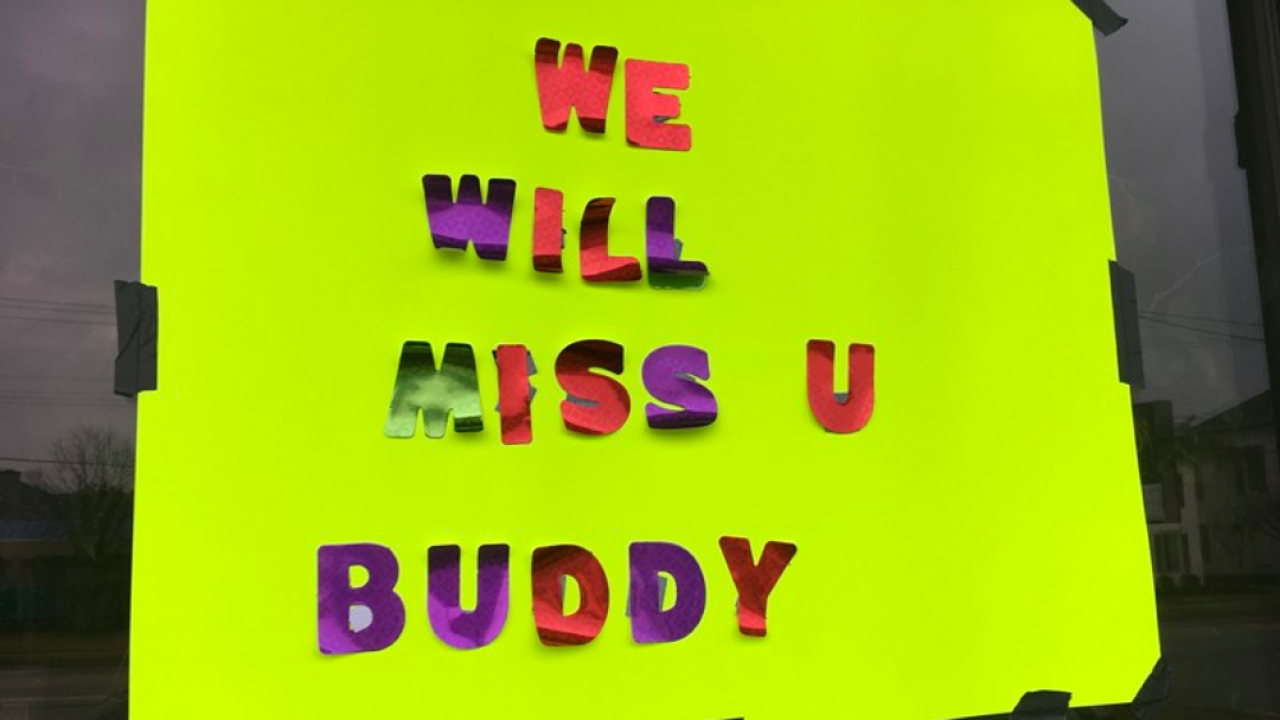 Restaurant owner Fei Ni — known to many as Peter — had been killed in a crash the day before. He was 39 years old.

According to police, Ni had been exiting from I-75 to a rest area when his car went off the left side of the exit ramp. He hit the rear of an illegally parked tractor-trailer and was pronounced dead at the scene.

The driver was issued a citation for parking in a no-parking zone.

The notes and signs outside Dragon China’s door remembered Ni as “a beautiful soul,” the Journal-News reported. Others read “We will miss u buddy” and “Trenton Loves You.”

According to another sign, the nearby Domino’s Pizza will accept donations for Ni’s family.