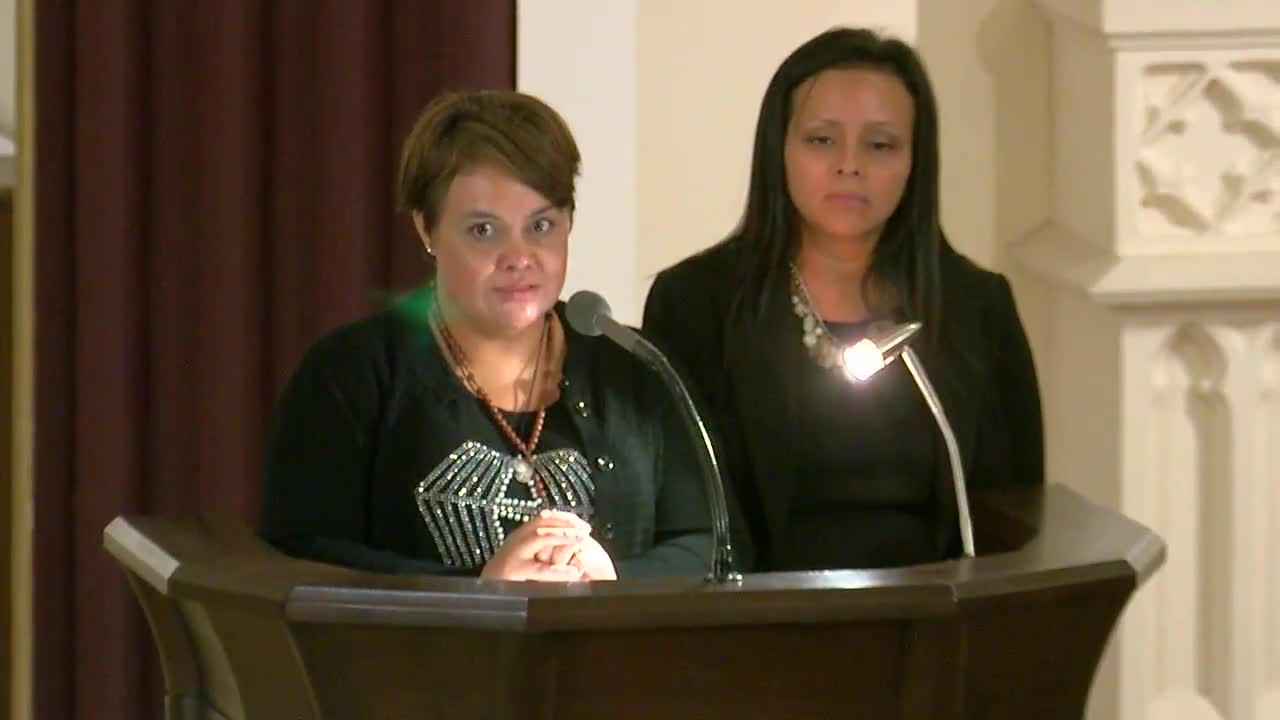 It was last Wednesday when the prayers of Maribel Trujillo Diaz were finally answered. She was back with her family in Fairfield. The mother of four, after 17 months in Mexico, was back to cooking for her family and taking her children to school. 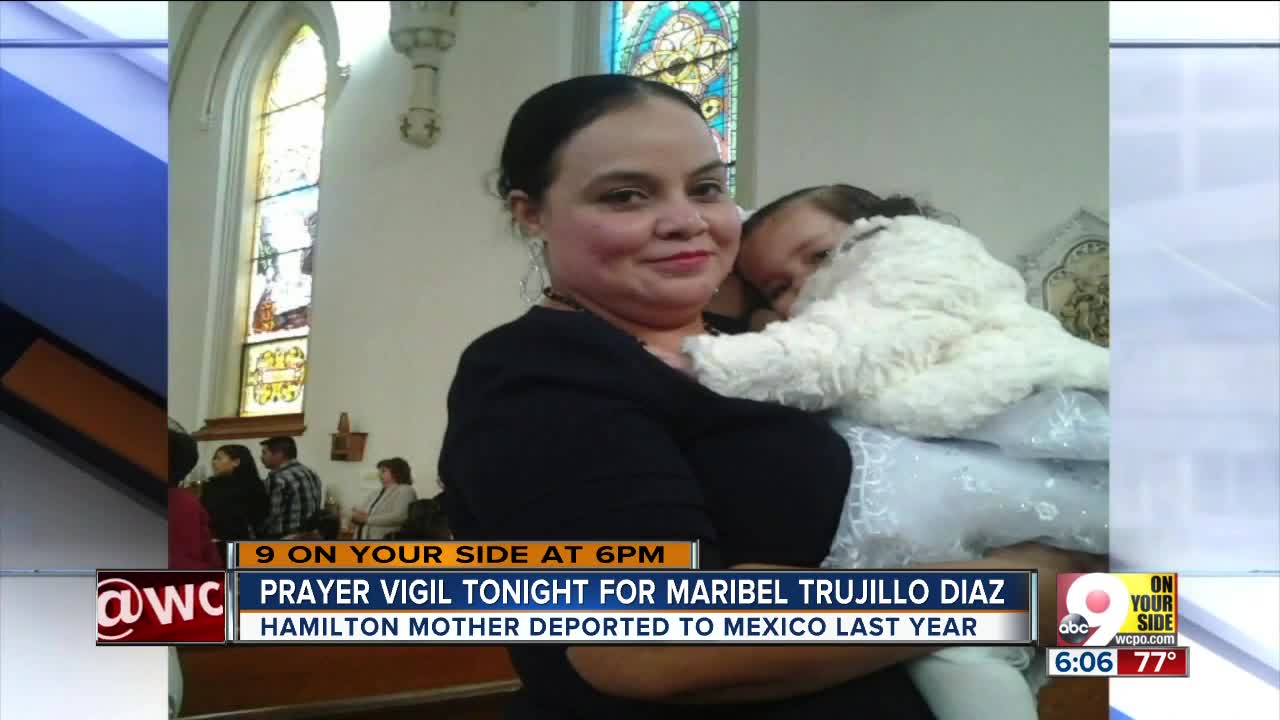 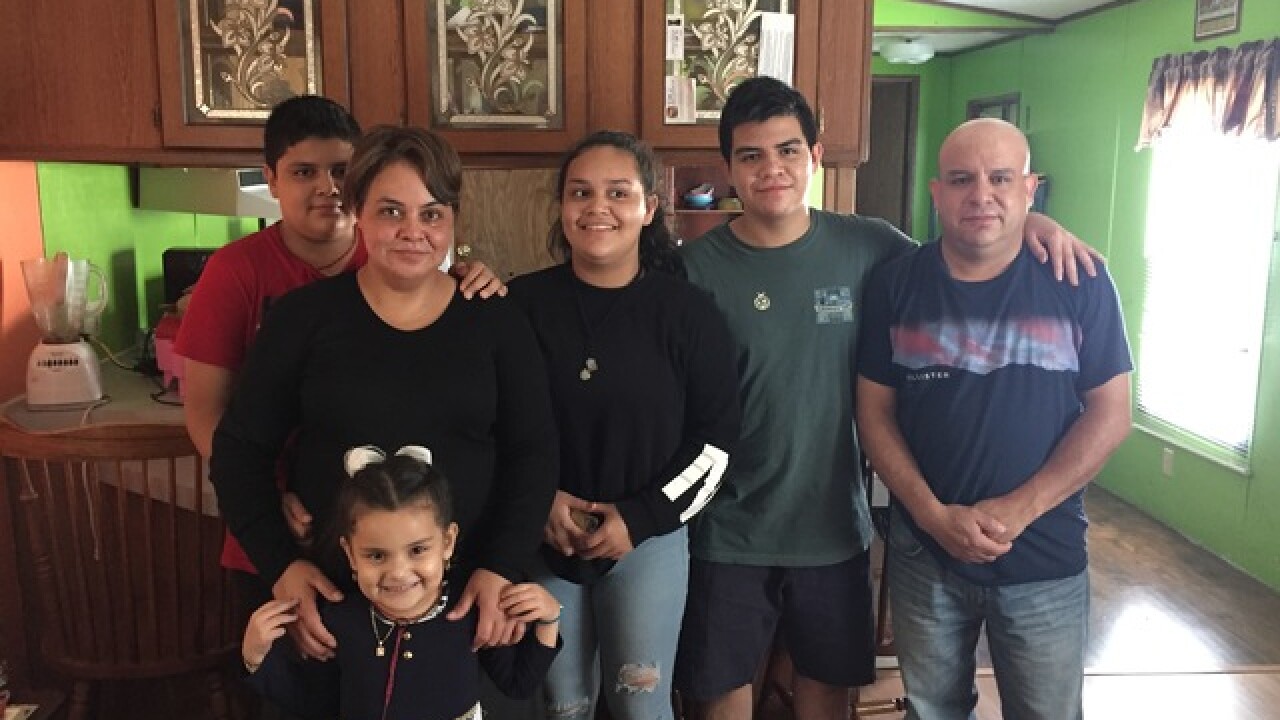 FAIRFIELD, Ohio -- It was last Wednesday when the prayers of Maribel Trujillo Diaz were finally answered. She was back with her family in Fairfield.

The mother of four, after 17 months in Mexico, was back to cooking for her family and taking her children to school.

"The only way I can understand this is to say that God is at work," said Fr. Mike Pucke who served as the family's priest before he retired.

Pucke visited with the family Monday, and paints a picture of a family getting to know one another again.

"Maribel and her family are trying hard to return to normal. The kids are in school. Her husband goes to work but, when I was there, it seemed as if normal wouldn’t arrive for a while," Pucke said.

Trujillo Diaz entered the country illegally in 2002 and made it onto the government's radar after the 2007 raid of Koch Foods in Fairfield. Afterward she would check in with authorities, as directed, and even had a permit to work -- but 17 months ago things changed. Immigration and Customs Enforcement arrested her on April 5, 2017, on the street a few hundred yards from her home.

Trujillo Diaz is seeking asylum in the U.S. because she says she and her family there have been under threat by drug cartels.

After her deportation a federal appeals court in Cincinnati ordered immigration officials in January to re-examine her case. The three judge panel said that the Board of Immigration Appeals had "abused its discretion" and failed to consider the testimony of Trujillo Diaz's father, who said their family and Maribel specifically had been targeted by cartels.

The Board of Immigration Appeals vacated her deportation order and Trujillo Diaz came back to the U.S. in mid-September.

Speaking at a prayer service at St. Julie Billiart Parish in Hamilton, Trujillo Diaz said she arrived in Detroit two weeks ago with no luggage. She said she spent the time apart from her family "in prayer."

"More than anything, first of all, I want to thank my God for being here with my family and all of you," Trujillo Diaz said in Spanish.

"She'll have a scheduling hearing in the summer of 2019 and we do not know when her subsequent hearings will be," said Emily Brown, Trujillo Diaz's immigration attorney.

Brown is an attorney for Advocates for Basic Legal Equality. ABLE defines its mission as helping eligible low-income individuals and groups in western Ohio achieve self reliance, and equal justice.

"The Cleveland Immigration Court has a very large backlog of cases and therefore, it is very possible it could be years before she gets a decision on her asylum case," continued Brown.

Brown says if Trujillo Diaz wins her asylum case, the mother of four will be entitled to get a green card and stay in the U.S. permanently.

"There are so many men and women, fathers and mothers, good people who have been deported. When bad things happen we ask, 'Why her or him, God?' I am doing the same thing with this good thing," Pucke said.

"Over this almost year and a half, people often asked about Maribel and her family. One good thing is coming out of this. People know and are concerned. It does my heart good," Pucke said.

Trujillo Diaz said she was thankful to be with her family, though she couldn't be sure how long it would last.

"Returning home, to say that I am happy is not sufficient," she said. "I am thankful to the Virgin Mary and all the angels, both in heaven and on Earth."