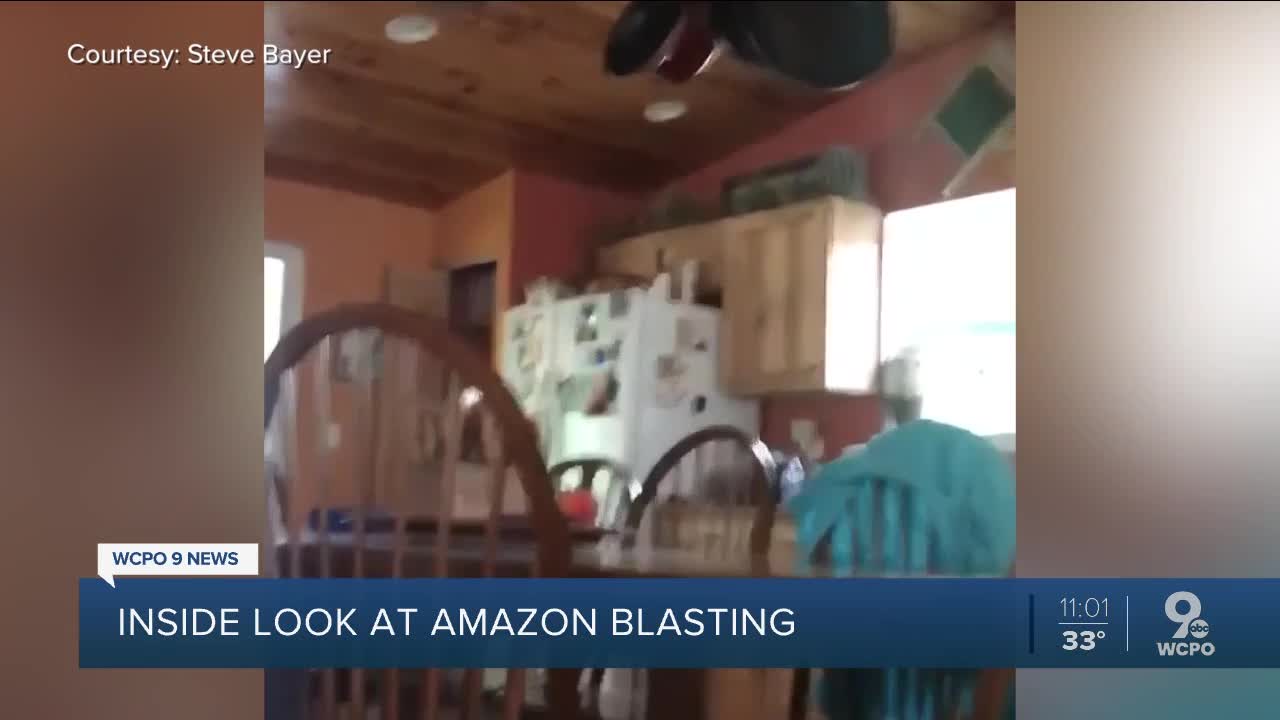 Blasting from the Amazon air hub construction site at Cincinnati-Northern Kentucky International Airport rattled the walls of Steve Bayer's house, as seen in video the homeowner shared with WCPO. 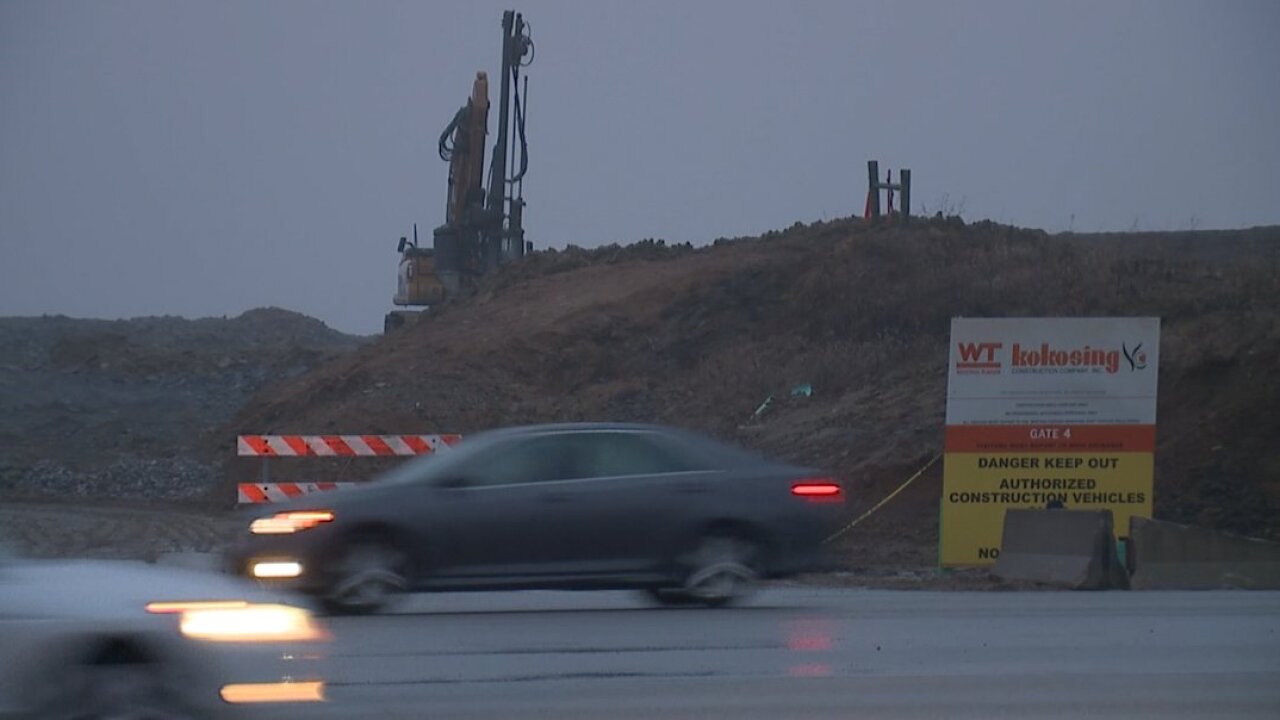 Blasting from the Amazon air hub construction site at Cincinnati-Northern Kentucky International Airport rattled the walls of Bayer's house, as seen in video he shared with WCPO. The blasting that shook Bayer's house was just one-two-hundredths of the legal blasting limit.

Over the past month, WCPO has investigated complaints for homeowners and local businesses reporting damage following blasting at the CVG construction site for Amazon's air hub. That includes requesting hundreds of pages of records that show seismic activity near the site.

According to seismic data from the Sept. 27 blasting event, the peak particle velocity number was 5.088, more than 2.5 times the legal limit for blasting. The event on Sept. 30 registered a 3.513, still over the 2.0 peak velocity number.

But John Mura, with the Kentucky Energy and Environment Cabinet, says there’s a caveat. The peak particle velocity number — two inches per second — only applies to the immediate location of any building, whether that’s a home, school, church, business or public building.

The seismograph that recorded this data was placed by a light at CVG, a structure which does not apply to this regulation. The nearest home to the site is 3,000 feet away, or just over half a mile. Mura said that means the blasting done on both Sept. 27 and 30 were done within the legal limits.

Still, homeowners like Richard Ison, whose house rests less than a mile from the blast zone, said he noticed something amiss when he came back from vacation in September.

“I tried to go out the basement doors in the backyard. The doors wouldn’t open. I started looking around. I noticed a big crack in the floor. The tile, and the concrete,” Ison said.

Business owners near the CVG site have made similar observations. A&B Heating and Air President Don Jones, whose business lies on Commercial Drive, said he wasn’t notified of the blasting even though his neighbor, Bluegrass Recycling, was. The businesses are 200 feet from one another.

Now, Jones said his business sustained damage because of the blasting.

“They started lightening up more after December,” Jones said. “They were very heavy in September, October, then the first part of November.”

Boone County Administrator Jeff Earlywine believes Amazon isn’t assigning the same level of importance as the county is to this growing public concern, a sentiment he expressed in an email to CVG CEO Candace McGraw.

And McGraw, in an email to Amazon’s Senior Manager of Aviation Public Policy Matt McCardle, said CVG has worked hard over the last decade to foster relationships with the surrounding community. She’s hoping Amazon will heed their advice on how to integrate with the community before an 11th-hour hiring blitz is needed.

Amazon has promised the county it will halt future blasting at the site, and Mura says that blasting permit holders must now notify the state 24 hours in advance of any blasting work being done.

WCPO requested public records from the Kentucky Energy and Environment Cabinet on Feb. 12 regarding blasting at the Amazon air hub site. After three weeks, officials say the documents won’t be ready for another week. Check back at wcpo.com for updates.