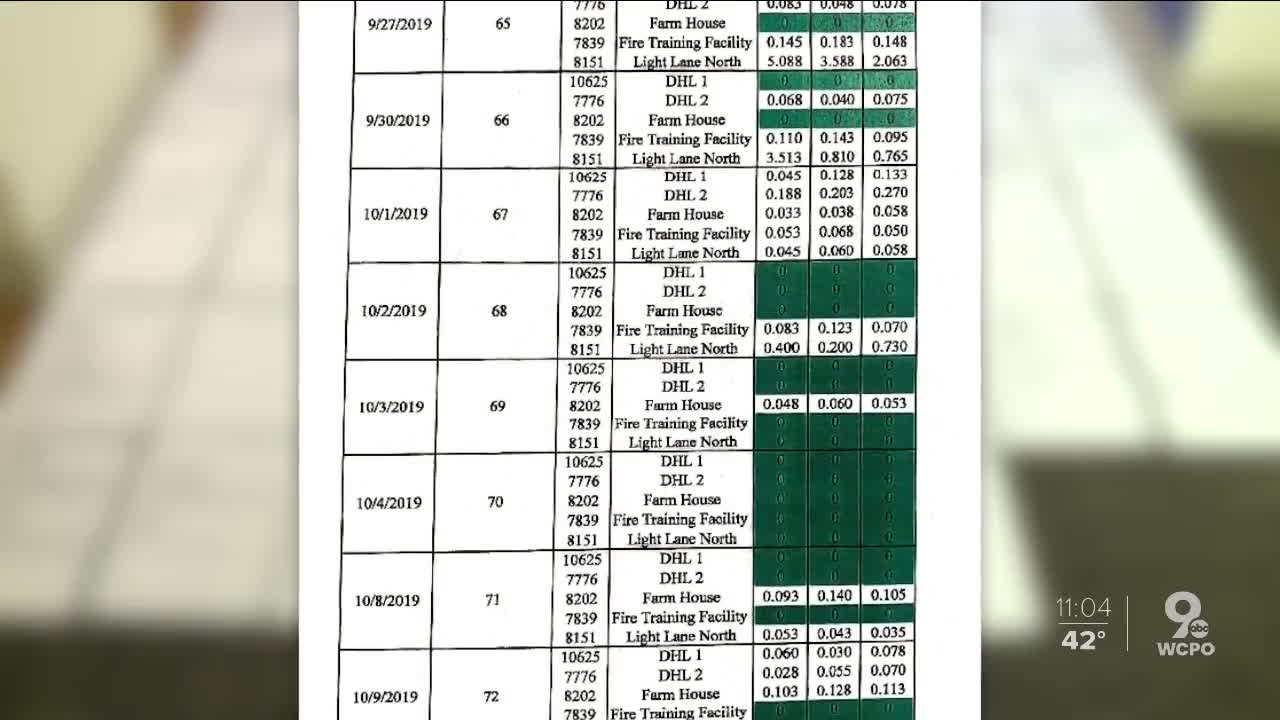 Documents obtained by WCPO 9 News show the extent of the damage caused by blasting at the construction site for Amazon's new air hub.

Documents and emails obtained by WCPO 9 News show the extent of the damage caused by blasting at the construction site for Amazon's new air hub at Cincinnati Northern Kentucky International Airport. Now, thanks to increased scrutiny, the state is taking action.

It starts on Aug. 15, 2019, when the Chief Building Official in Boone County, Jerald Noran, relayed in an email the county's first complaint from the Amazon hub blasting to Boone County administrator Jeff Earlywine. It came from J A B Truck-Air Corp on Distribution Drive, complaining that their building shook for five minutes. Later, J A B Truck-Air employees complained of respiratory irritation and a blanket of dust covering their cars.

Five more complaints were registered that day, including one where a file server was knocked offline.

A day later, on Aug. 16, an airport official emailed Earlywine to say the contractor had provided pre-blast surveys. Those surveys found 70 of the 118 buildings within the 1,500-foot blast zone had completed inspections.

Kentucky doesn't require a contractor to give any sort of notice the blasting is occurring, but in this case, the contractor did.

A county employee told Earlywine in a Sept. 19 email they were concerned that a group of neighbors and business owners might soon complain about damage caused by blasting.

On Oct. 24, Earlywine asked CVG and Amazon to become more engaged because the county was receiving more complaints regarding damage from the blasting.

According to seismic data from the Sept. 27 blasting event, the peak particle velocity number was 5.088, more than 2.5 times the limit required by the state. The event on Sept. 30 registered a 3.513, still over the 2.0 peak velocity number.

A Feb. 21 email dated from an engineer attempting to address why the peak number was exceeded was mostly physics numbers, and raised more questions than it answered. Earlywine called the engineer's response underwhelming and unconvincing.

Seismographs were installed by the state in mid-November, and all following blasting events stayed within the acceptable limits.

By then, the damage had already been done.

Homeowners and business owners outside of the blasting zone came forward with complaints of cracked walls and foundations, with costs adding up to thousands of dollars.

On Feb. 18, a county employee emailed the judge executive saying that blasting is the cheapest and fastest method, but there are other ways to move rock.

An email from Earlywine detailing a meeting with Amazon on Feb. 20 said it was apparent the company had not explored those options.

A new regulation will go into effect beginning April 1 requiring contractors to notify the state cabinet at least 24 hours in advance of blasting for all operations, even those who have a blanket permit. That allows for the state to have a better idea of when blasting will occur and be able to more closely monitor them.