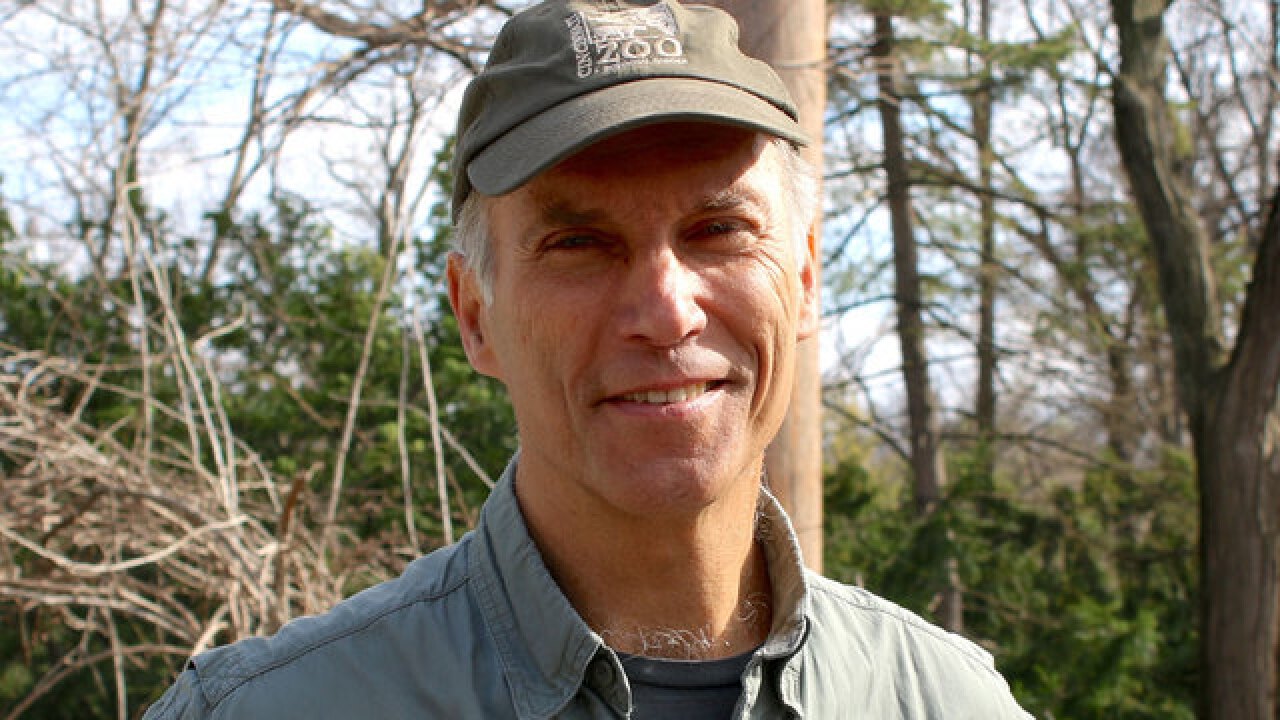 CINCINNATI -- Every year, someone gets the honor of flapping their arms and shaking their tail feathers to lead the World's Largest Chicken Dance as grand marshal of Oktoberfest Zinzinnati.

Check out our nine recommendations for who we thought might have led this year's Chicken Dance before the chamber announced their pick.

We must say that Maynard wasn't on our list, but the man with the encyclopedic knowledge of the animal kingdom was an obvious choice after the organizers announced the official pick.

Those sworn to protect and serve our community bear a heavy burden.

We were reminded of this the morning of Sept. 6 when four Cincinnati police officers saved untold lives as they confronted a gunman inside the lobby of the Fifth Third Bank Center at Fountain Square. The officers killed the shooter after he engaged them in a firefight. The gunman killed three people and injured two others within a matter of minutes before the police arrived on the scene.

Leading the Oktoberfest Zinzinnati Chicken Dance is obviously the antithesis of the potential dangers first responders like those officers face every day. The dance itself is silly and irreverent. And yet, it is also an annual gathering that celebrates the community and traditions those first responders protect.

By naming our first responders the grand marshals of this year's Chicken Dance, the event gives us all the opportunity to share a moment of life-affirming joy.

No other person or group of people on this list deserve as much gratitude as our first responders. Local soccer fans though owe Jeff Berding a big thank you. This year, the general manager and president of FC Cincinnati led a successful campaign to build a new soccer stadium in the city's West End. The stadium was the last key step before Major League Soccer selected FC Cincinnati as its 2019 expansion team.

Oktoberfest Zinzinnati did name FC Cincinnati its Chicken Dance grand marshal during its first year in the United Soccer League in 2016, but the team's recent successes warrant the honor once again.

This one is probably the least likely to happen, but we can dream. (There is also a strong rationale behind trying to woo Bruce Willis into shaking his tail feathers on the Oktoberfest stage.)

Crews are currently in Cincinnati shooting "10 Minutes Gone," which is the third movie starring Willis produced here in three years. Willis first came to town and shot scenes for the bank-heist movie "Marauders" in 2015 and returned last year for the thriller "Reprisal."

I have no doubt that Willis could "Chicken Dance with a Vengeance."

We owe actress Jennifer Garner the honor of leading the Chicken Dance after the last time she visited the Queen City. Garner shared her experience while handing out samples of her new line of baby food Once Upon a Farm at the Newport Pavilion Kroger Marketplace last month. The star posted multiple responses from customers who did not recognize her on the baby food company's Instagram account.

Garner appeared to be a good sport in the videos. And after seeing the trailer for the actress's latest action movie "Peppermint," we have no doubt she can bust a move while leading the Chicken Dance.

The blue-colored comedian has no apparent ties to the Queen City. He will be in town performing at Jack Casino the Saturday evening of Oktoberfest.

White's brand of comedy and his stage presence would be a perfect fit for the Chicken Dance, especially if White leads the dance with a drink in hand.

The people in this city deserve a good laugh.

This has been a big year for Frisch's Big Boy in the Queen City, so it only makes sense for him to lead the Chicken Dance.

The boy in the red-checkered overalls returned Downtown after a 14-year absence when Frisch's opened a new location inside Carew Tower in June. Frisch's owners made diehard Coca-Cola fans even happier weeks later when they announced plans to bring back the beverage that Big Boy's former owners replaced with Pepsi products in 2013.

Vanilla Cokes made with real vanilla extract and poured over finely crushed ice returned to all Frisch's locations this month.

There is no guarantee that Jeff Bezos knows how to dance. It couldn't hurt the notoriously hard-nosed founder of online retail giant Amazon to loosen up and shake a few tail feathers though.

You might wonder why Bezos would ever come to the Queen City or even think about participating in Oktoberfest Zinzinnati if he did.

First, organizers announced this week that Amazon is the new sponsor for Oktoberfest Zinzinnati, along with returning sponsor Samuel Adams this year. The online giant currently operates large distribution hubs in the region and hopes to break ground for a new cargo hub on 1,129-acres of land near the Cincinnati/Northern Kentucky International Airport in 2019.

And if those aren't reasons enough for Bezos to lead the dance maybe we can guilt him into it. Amazon snubbed Cincinnati back in January when it cut the city from its short list of potential locations for a second national headquarters.

It feels like destiny for actor Anthony Mackie to lead the Chicken Dance. The star came to town last month to begin filming the movie "Point Blank."

Mackie is best known for playing the winged superhero Falcon in Marvel Studio's "Captain America" and "Avengers" movies. If the old saying "birds of a feather flock together" is true, and with his experience playing Falcon, Mackie should take the Chicken Dance to new heights. (Get it? Chickens and falcons are both birds.)

As far as celebrity grand marshals to lead the Chicken Dance are concerned, landing William Shatner would be a pretty big deal.

The man who is best known for playing Capt. James Tiberius Kirk on the original "Star Trek" will perform his one-man show at the Taft Theatre the Saturday evening of Oktoberfest Zinzinnati. Shatner's former "Star Trek" co-star George Takei did a fantastic job leading the Chicken Dance back in 2013.

We have no doubt that with Shatner's decades of acting experience and stage presence, he'd deliver an out-of-this-world Oktoberfest performance.