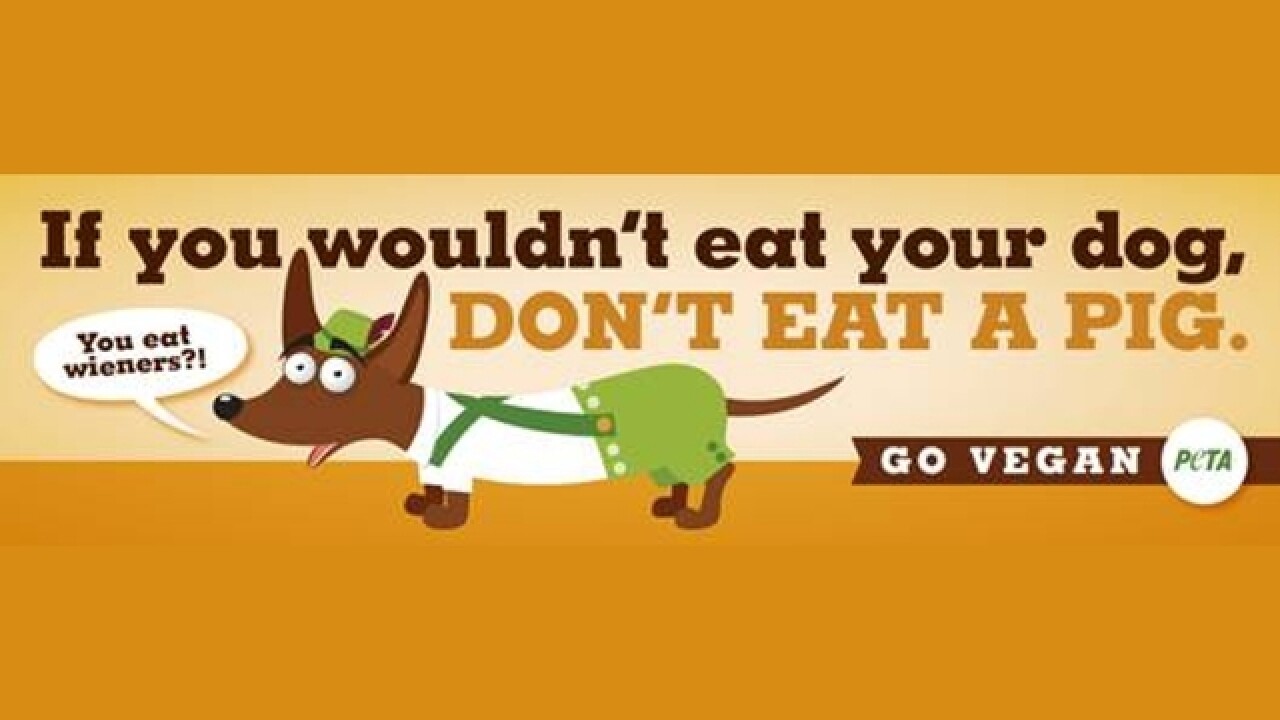 People for the Ethical Treatment of Animals (PETA) announced in a press release it is looking for a location to erect a billboard near the annual festival that reads "If you wouldn't eat your dog, don't eat a pig. Go Vegan." The billboard will also feature a lederhosen-clad dachshund asking, "You eat wieners?!"

"When it comes to feeling pain and fear, a pig killed for wieners feels exactly the same way that a dog or a human being would in that situation," said Ingrid Newkirk, PETA's president. "PETA's billboard calls on everyone to skip the sausage and say, 'Prost!' to delicious vegan foods such as franks, burgers, and pretzels."

Vegans don't eat any animal-based products – including eggs, dairy and cheeses – nor do they wear clothing made from animal hides.

Oktoberfest Zinzinnati will take place Sept. 21-23 on Second and Third Streets between Elm and Walnut streets Downtown. The festival features sausages, goetta and other pig-based foods, which reflect the city's German heritage and history as a major pork producer in the 1800s. That history is what earned the city the nickname "Porkopolis."

The "Running of the Wieners," a dachshund race that draws dozens of dogs and their owners Downtown, will kick off festivities at 11 a.m. Sept. 21 on Freedom Way between Walnut and Rosa Parks.

PETA launched a similar billboard campaign asking people in Baltimore to go vegan and not eat crab last month. Crab and crab cakes are as much a part of Baltimore's culture as pork is to Cincinnati's.