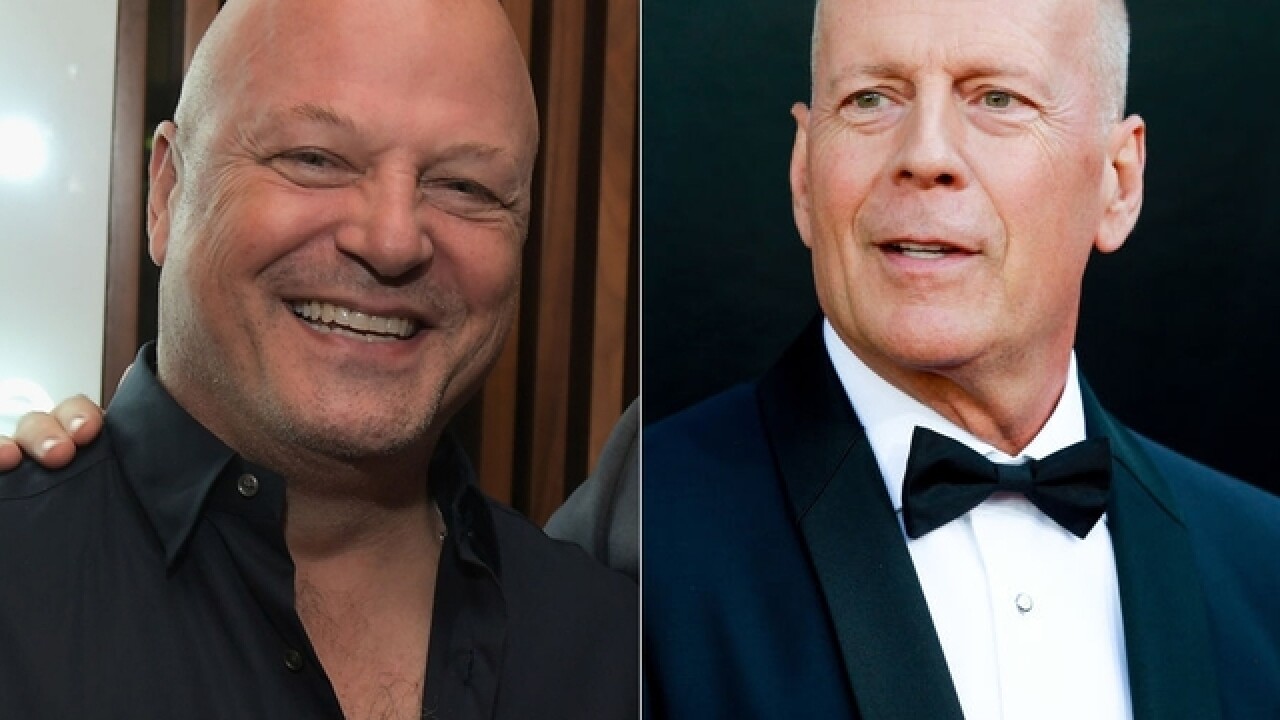 Image copyright 2017 Getty Images. All rights reserved. This material may not be published, broadcast, rewritten, or redistributed.
<p>(L-R): Actor Michael Chiklis will co-star with Bruce Willis in the upcoming crime thriller "10 Minutes Gone." Filming for the movie will begin in Cincinnati by mid-September. This will be the third movie starring Bruce Willis produced in the Queen City since 2016. (Photos by Getty Images)</p>

CINCINNATI – The Queen City is becoming a familiar place for actor Bruce Willis.

The "Die Hard" actor will start shooting his third movie in Cincinnati by mid-September, according to Deadline Hollywood.

Willis will star in the crime thriller "10 Minutes Gone" with Emmy winning actor Michael Chiklis and Kyle Schmid. Chiklis may be best known for playing Vic Mackey in the FX television series "The Shield." Schmid has appeared in episodes of "CSI: Cyber" and "Being Human."

Brian A. Miller is set to direct the movie, which centers on a man who loses ten minutes of his memory after a bank heist goes bad. "10 Minutes Gone" is the second movie Miller will have shot with Willis in the Queen City.

Willis first came to the Queen City in 2016 to film the bank heist movie "Marauders."

This will be the first movie made by the production company since being purchased by MoviePass parent company Helios & Matheson Analytics. Helios purchased Emmett Furla Oasis Films in order to launch MoviePass Films, according to Deadline.com.

Film Cincinnati is currently accepting applications for local crew to work on the film. Crew can send resumes to 10mgprod@gmail.com .