Now open: Find a new favorite place to eat and drink this weekend 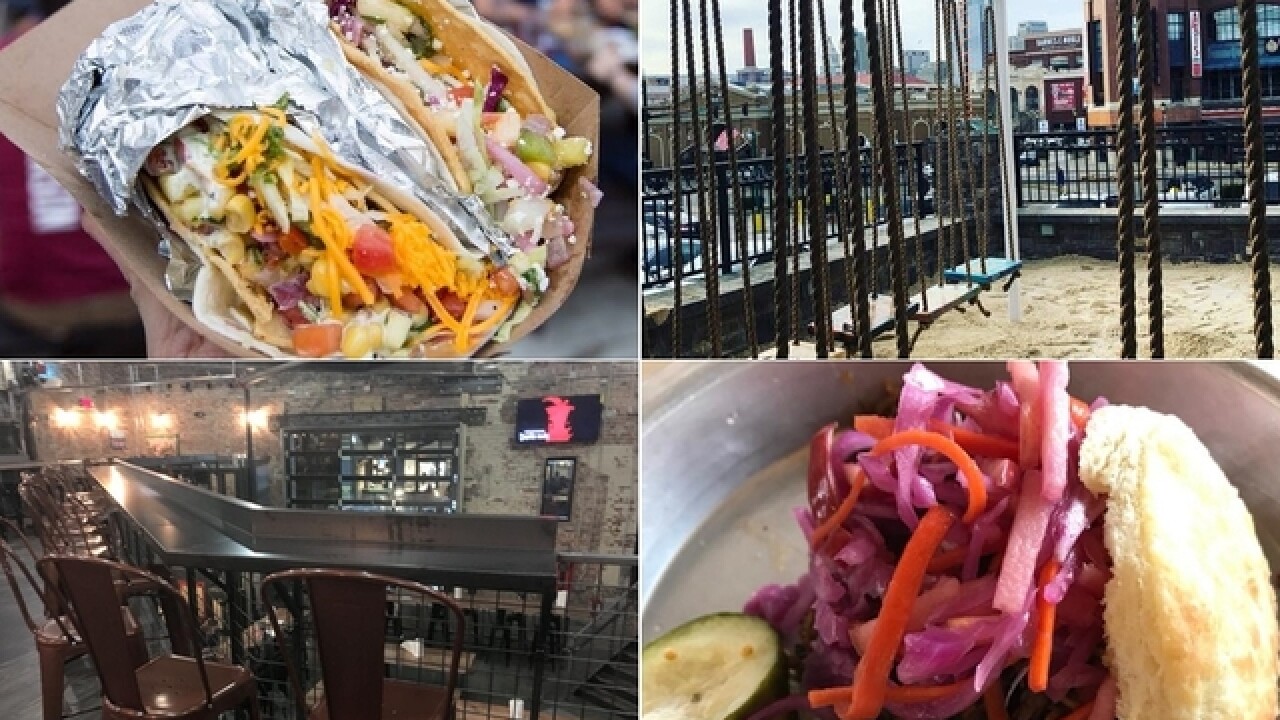 CINCINNATI – Long summer nights are upon us, offering a little extra time to explore new eateries, bars and breweries.

With that in mind, check out this list of places that have opened in the past few months.

Three men, united by their love of community, opened Lucius Q, a barbecue and music joint, on March 16 in Pendleton. They named the restaurant after Lucius Quinctius Cincinnatus, the legendary Roman figure after whom Cincinnati was named. The owners traveled to more than 60 barbecue joints around the country for inspiration as they crafted the menu. luciusq.com

Newport Beach Patio Bar opened March 24 in the former location of Arnie's on the Levee in Newport. The bar opened with an outdoor patio that included 48 swings and a large sand area with a fire pit and beach chairs. facebook.com/Newport-Beach-Patio-Bar

A coffeehouse by day and jazz lounge by night, Caffe Vivace opened April 9. Music is served with a side of artisan coffee, libations, light breakfast offerings and soup. caffevivace.com

S.W. Clyborne Co. Provision and Spirits , the restaurant that promises to bring an urban buzz to Mason dining, opened April 10. It serves elevated New American cuisine with a heavy emphasis on scratch-cooking. clybornes.com

Sacred Beast puts a twist on classic diner fares such as wedge salads, a diner breakfast, hash browns, omelets, king salmon and matzo ball soup. If you go, give your meal a kick by ordering craft cocktails such as an Old Fashioned, martini, sidecar, Covington iced tea or Call Your Bloody Mary. Sacred Beast opened April 12 in Over-the-Rhine. sacredbeastdiner.com

The staple O'Bryonville sports bar opened its second location on May 4 in Newport. The new spot offers the same great chicken wings, other bar food and a wide selection of beers on tap. obryonsirishpub.com

Chef and restaurateur Mary Swortwood has a proven track record when it comes to opening great eateries. Those places include the Brown Dog Cafe, Tinks of Clifton, Buz and Green Dog Cafe, which she recently closed in order to open Blackbird Eatery. Blackbird held its soft opening the week of April 24 and hosted its grand opening on May 8. blackbirdeatery.com

Three Points Urban Brewery is holding its grand opening on June 1, but the newest business in Pendleton is hosting a series of "soft-opening" events. The brewery's founders describe 3 Points as a community gathering space that blends the neighborhood's history and artistic flair with excellent craft beers. 3pointsurbanbrewery.com