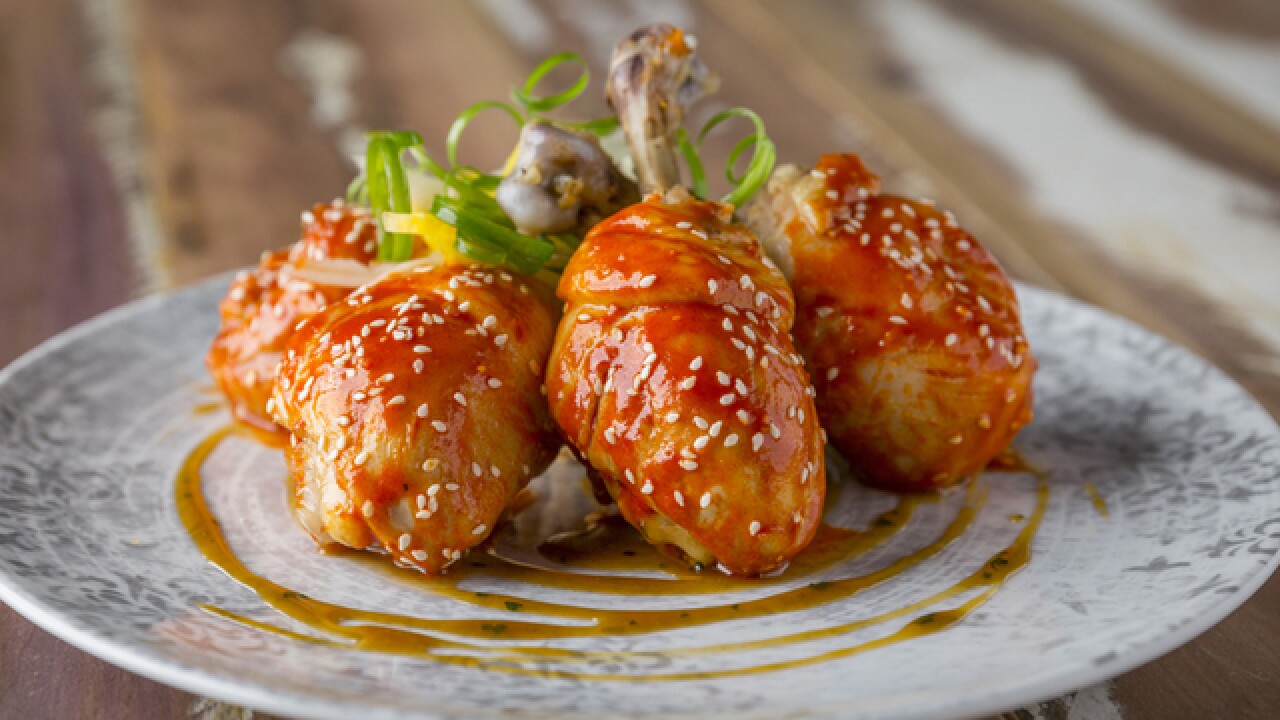 Copyright 2018 Scripps Media, Inc. All rights reserved. This material may not be published, broadcast, rewritten, or redistributed.
<p>Crispy chicken legs are on the menu at S.W. Clyborne Co. Provision and Spirits in Mason. (Provided / Photo by Ross Van Pelt RVP Photography)</p>

MASON, Ohio -- S.W. Clyborne Co. Provision and Spirits, the restaurant that promises to bring an urban buzz to Mason dining, will open on April 10 at 5948 Snider Road, serving elevated New American cuisine with a heavy emphasis on scratch-cooking.

This is the second restaurant for Scott Schmidt, the founder of Looking Glass Hospitality Group (LGHG). His first, Tahona Kitchen + Bar, opened a year ago in Summit Park in Blue Ash.

"We want to bring unique concepts to Cincinnati," Schmidt said. "The suburbs need attention. Diners want downtown dining without having to travel."

Along with Paul Dagenbach, the chef at Tahona Kitchen + Bar, Saling, Bodenstein and Wadsworth also will develop new menu items and concepts for the hospitality group's portfolio of restaurants.

Schmidt said unlike the rank-and-file of the traditional kitchen, all four chefs carry equal sway.

"The chefs are here to collaborate and make dishes great," he said. "We're here for the guests, not ourselves."

Clyborne's menu is particularly friendly to vegetarian diners and those with celiac disease.

Items such as the mushroom and lentil burger are not only vegetarian but can be made gluten-free. The flavor-packed burger is made with a blend of roasted mushrooms and black beluga lentils and is served with arugula, pickled onion, fresh cucumber and a gochujang aioli – all on a toasted potato bun.

House-made desserts such as seasonal ice cream and sorbet round out the menu.

The bar, which occupies half of the restaurant space, will offer a "bespoke" wine list, craft cocktails and 12 taps of rotating beer. Signature cocktails will include the Victorian rose -- crafted with vodka, house-made grenadine, fresh lemon juice, egg white and rose water and garnished with rose petals -- and rum punch, a drink made with spiced rums, house-made lemon sherbet syrup, pineapple juice and grenadine.

Clyborne will initially open for dinner only but will add brunch and lunch hours a few weeks into opening.

"We want to get great at basic things before layering in," said Schmidt, a 30-year hospitality veteran. "You only get one first impression."

Grace Yek writes about food for WCPO. She is a certified chef-de-cuisine with the American Culinary Federation, and a former chemical engineer. Questions or comments? Connect with her on Twitter: @Grace_Yek.