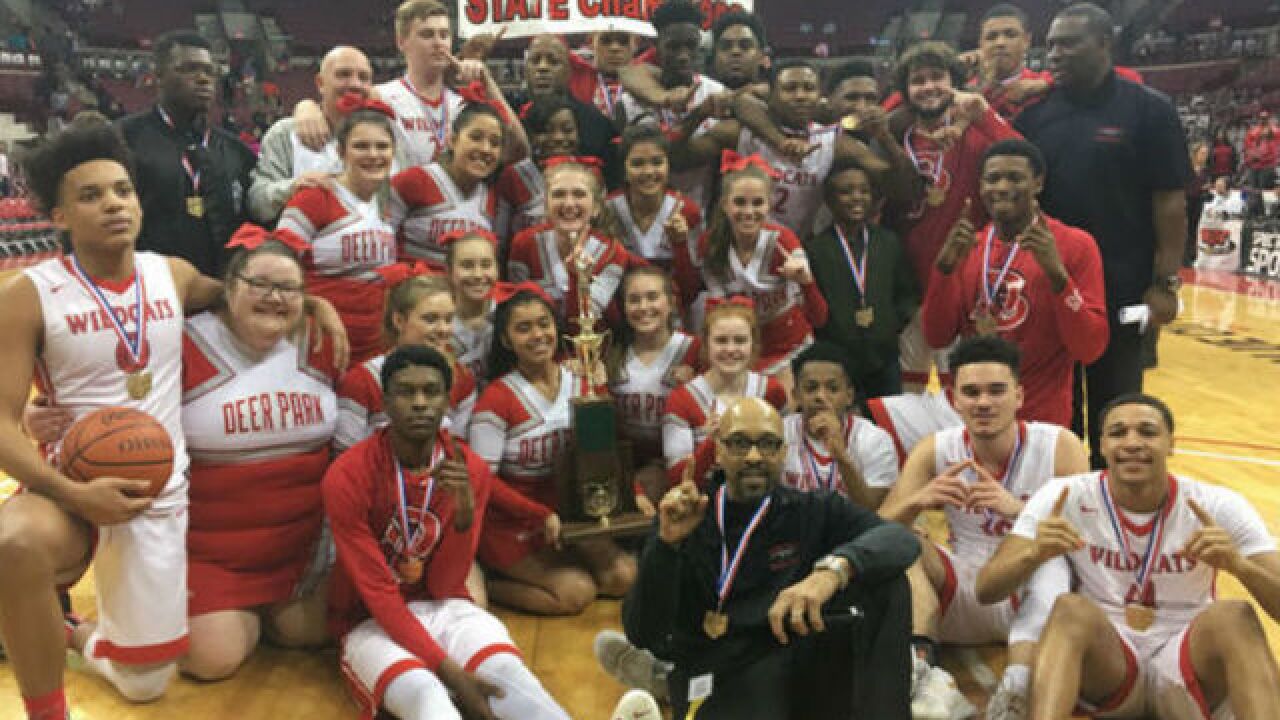 CINCINNATI -- Although two Cincinnati-area boys basketball teams had storybook finishes this past winter, new personnel and different challenges will change the narrative as the new season starts Nov. 29.

Reigning state champions Moeller (Division I) and Deer Park (Division III) can't relax if they hope to hang on to their titles.

With some new impact players and teams looking to take the next step in the postseason, let's take a look at some significant storylines around the area boys basketball scene in Greater Cincinnati.

Moeller is the favorite, again

The Crusaders (27-3) won their fourth-ever state title and their first since 2007. Although stars Jaxson Hayes and Jeremiah Davenport have graduated, Moeller appears to remain a strong favorite.

The team will be led by 6-foot-2 senior guard Miles McBride, a West Virginia signee who contributed during the state Final Four last season. He missed most of the year after sustaining a sprain injury on his left foot during football season.

Moeller will open the season Dec. 1 against Lexington Bryan Station at the Ohio Valley Hoops Classic in Hillsboro.

A challenge to the Crusaders?

Winton Woods, Withrow, Walnut Hills, the Greater Miami Conference or the remainder of the Greater Catholic League South Division may pose a challenge to Moeller.

"Frankly, other than Moeller being outstanding, I think anyone can beat anyone on the right night," Withrow coach Shaun O'Connell said. "So we are just going to put our heads down and work and hope to be in the mix in late February and early March."

"I will always have great memories of Winton Woods, but it's time for me to aggressively pursue my dreams," Tribble wrote on Twitter.

Tribble reportedly has offers from Kent State, Toledo, Youngstown State and others, according to 247Sports.

Who emerges from the GMC?

Princeton standouts Darius Bazley and Darweshi Hunter have graduated after leading the Vikings to a 16-0 record in the Greater Miami Conference last season. Princeton (23-4 overall) was a regional semifinalist, but the Vikings still have a talented squad.

"I think overall we are going to have a great year," Princeton coach Steve Wright said.

"We expect Bash to be a candidate to be the player of the year in the league," Lakota East coach Clint Adkins said. "He is a guy that can impact the game in a variety of ways."

"Both have improved their shooting from the perimeter and overall play-making ability on both ends of the floor," Higgins said.

While those achievements will be difficult to top this season, the Wildcats will return nearly everyone from that squad.

Deer Park will open the season against visiting Summit Country Day on Nov. 30.

The Cavaliers are back

Purcell Marian may pose the most significant challenge to Deer Park in Division III this season.

"Our general chemistry is really, really strong," Purcell Marian coach Scott Kerr said. "Our seniors have been highly motivated by the way our season ended in the tournament and know they get one more shot to achieve all their team goals."

The Cavaliers have eight players who can start on a given night. Purcell likely has the most difficult schedule in Division III anywhere in Ohio. It plays all four Greater Catholic League South Division schools plus Wyoming, Centerville, North Catholic (Pittsburgh) and a showdown with Deer Park on Jan. 19 in Middletown.

Look for senior forwards Javonta Lyons (13.3 ppg) and Alex Dotson, AJ Garrett and Bryan Warah among the players to watch.

Expectations in the CMAC

Hughes (24-4) was a Division II regional finalist a season ago, but the Big Red will have some new starters this winter. The spotlight will be on freshman guard Paul McMillan IV, who has been nationally ranked in the 2022 class.

"I think Paul McMillan is one of the most electric guards in the city," Hughes coach Bryan Wyant said. "We have had a history of great point guard play the last five years (Angel Rivera, Elijah Pughsley, Corry Long, Giovanni Santiago) and Paul, especially as a freshman, is just as dominant as any of those guards we have had. This is pretty remarkable, considering the fact that he just turned 15."

Watch for Taft and Aiken in the ultra-competitive Cincinnati Metro Athletic Conference. These could be the top teams in the standings in February.

"I believe our league title will go through Taft," Aiken coach Ty Cass said. "Coach (Demarco) Bradley has a lot of experience coming back and Taft is always a tough out."

Keep an eye on Wyoming to be strong in the Cincinnati Hills League and in Division II.

From the Premier Health Flyin' to the Hoop Invitational to the Mercy Health Hoops Classic, there are plenty of highly publicized events around the area boys basketball scene this winter. The Dr. Martin Luther King Jr. Day Classic is Jan. 19-20 at Middletown High School. It will feature two featured games Jan. 20 including Deer Park versus Purcell Marian (6:15 p.m.) and Moeller versus Lakota East (8 p.m.).

The sectional tournament will start Feb. 18.