Moeller's Miles McBride will not play football during his senior year 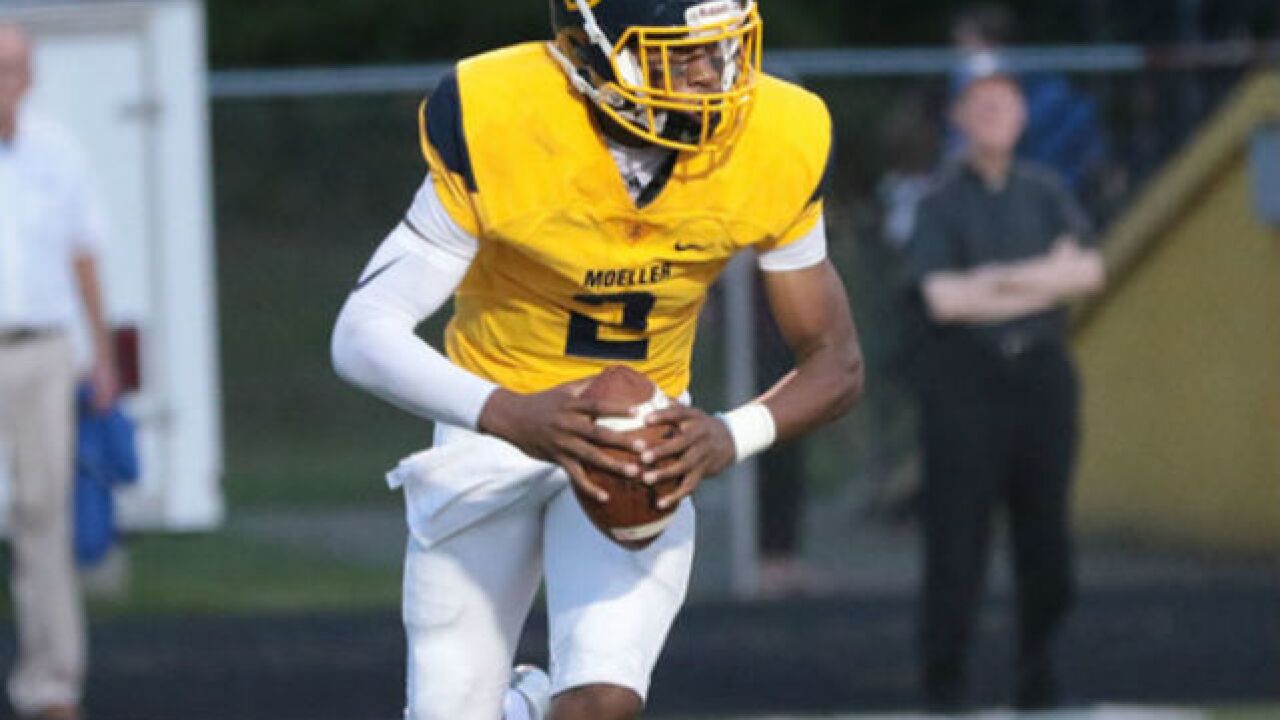 Copyright 2018 Scripps Media, Inc. All rights reserved. This material may not be published, broadcast, rewritten, or redistributed.
<p>Moeller's Miles McBride threw for 956 yards and 17 touchdowns in five games of the 2017 football season. He has decided not to play football this upcoming season. (Tony Tribble photo)</p>

SYCAMORE TOWNSHIP, Ohio -- Moeller junior Miles “Deuce” McBride has decided not to play football for the Crusaders his senior season and will instead focus on basketball.

McBride, who is verbally committed to play basketball at West Virginia , was a standout quarterback for the Crusaders’ football team for the first five games during the 2017 season before he suffered a season-ending injury Sept. 22 at Roettger Stadium in Lockland.

He threw for 956 yards and 17 touchdowns and rushed for 136 yards and a touchdown for Moeller before he suffered a mid-foot sprain on his left foot in the first half of the Moeller versus St. Xavier game.

McBride appeared in his varsity action of the season during the state Final Four in Columbus in March and helped the Crusaders win the Division I state title.

He played 13 minutes in the state semifinal and then scored 14 points in Moeller’s 83-65 win over Solon in the state final March 24.

“I think just as time went on with my recovery I had discussions with my family about recovering first and then deciding on whether I would play football or not in the summer,” McBride told WCPO. “Then once I committed (to West Virginia Feb. 6) I felt like that I should put 100 percent of my effort and time working on my game so that I will be ready to compete at West Virginia.”

After the Crusaders won the program’s fourth state basketball title, McBride said it helped with his decision.

“I think winning state as well just really propelled my decision on trying to focus on basketball and working hard to bring another one back next year,” McBride said.

McBride is not playing Amateur Athletic Union (AAU) basketball this spring and has not decided which team he will compete for during the July session.

McBride was named to the Associated Press Division I All-Tournament Basketball Team his sophomore season as the Crusaders (28-1) finished as state runner-up. He averaged 10.9 points, 3.4 rebounds, 2.3 assists and 1.7 steals during the 2016-17 season.

McBride appeared in five football games during his sophomore season of 2016. He also received varsity time as a quarterback during his freshman season.