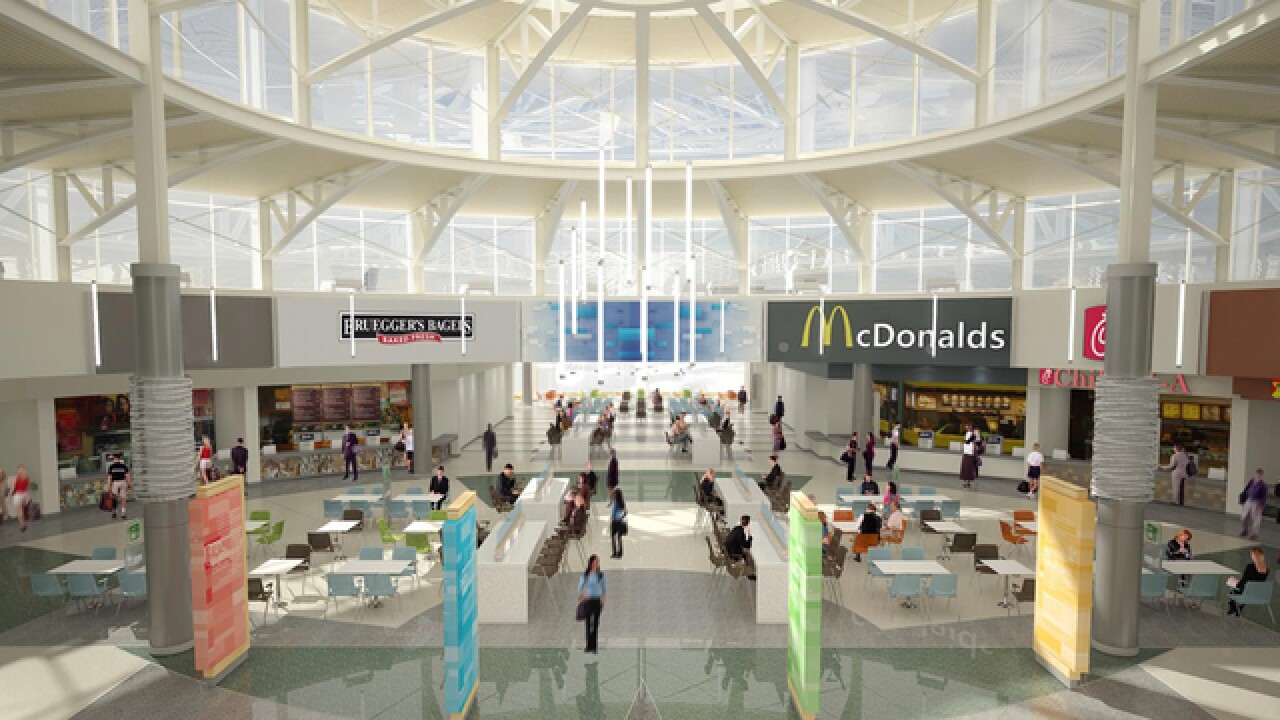 HEBRON, Ky. – A new bourbon-themed restaurant and bar will open at the Cincinnati/Northern Kentucky International Airport this spring.

Hop and Cask, an original concept "influenced by the region’s distilling heritage and love for bourbon," is scheduled to open in April in Concourse B in the old Wolfgang Puck Cafe, said Lina Mizerek, spokeswoman for restaurant operator HMSHost.

It will be the latest new food option for travelers at CVG. In recent months, airport officials have also announced the addition of a Blaze Pizza and a Christian Moerlein Malt House Taproom.

Mizerek said Hop and Cask will serve a variety of bourbons and whiskeys and offer an extensive selection of local, regional and national brews, both draft and bottle. The restaurant will offer both table and bar seating, and the restaurant's design will "incorporate interesting artifacts from the (Kentucky) Bourbon Trail," she said.

The food menu will include "elevated brewpub favorites," such as house-baked Bavarian pretzel sticks with a beer cheese dipping sauce and a "Hophaus" board with salami, capocollo, prosciutto, boursin, Gouda and cider slaw garlic crostini.

Additional menu details will be available once Hop and Cask opens. HMS already has started hiring for various positions.

Airport officials have been scrambling in recent months to meet increased demand, driven largely by local passenger growth. But those efforts, so far, have largely focused on bringing new eats to Concourse A, home to airlines such as Frontier, Allegiant, American and United.

But traffic in Concourse B, home to Delta, is expected to spike, too – and soon. American Airlines will relocate to Concourse B as work begins on a major ramp rehabilitation at Concourse A. WOW air, the ultra-low cost Iceland-based airline, is scheduled to start service in May and will use Gate B9.

The airport is currently soliciting bids for more food vendors in Concourse B to complement top sellers such as Chick-fil-A, McDonald's, Max & Erma's, Bruegger's Bagels and Starbucks.