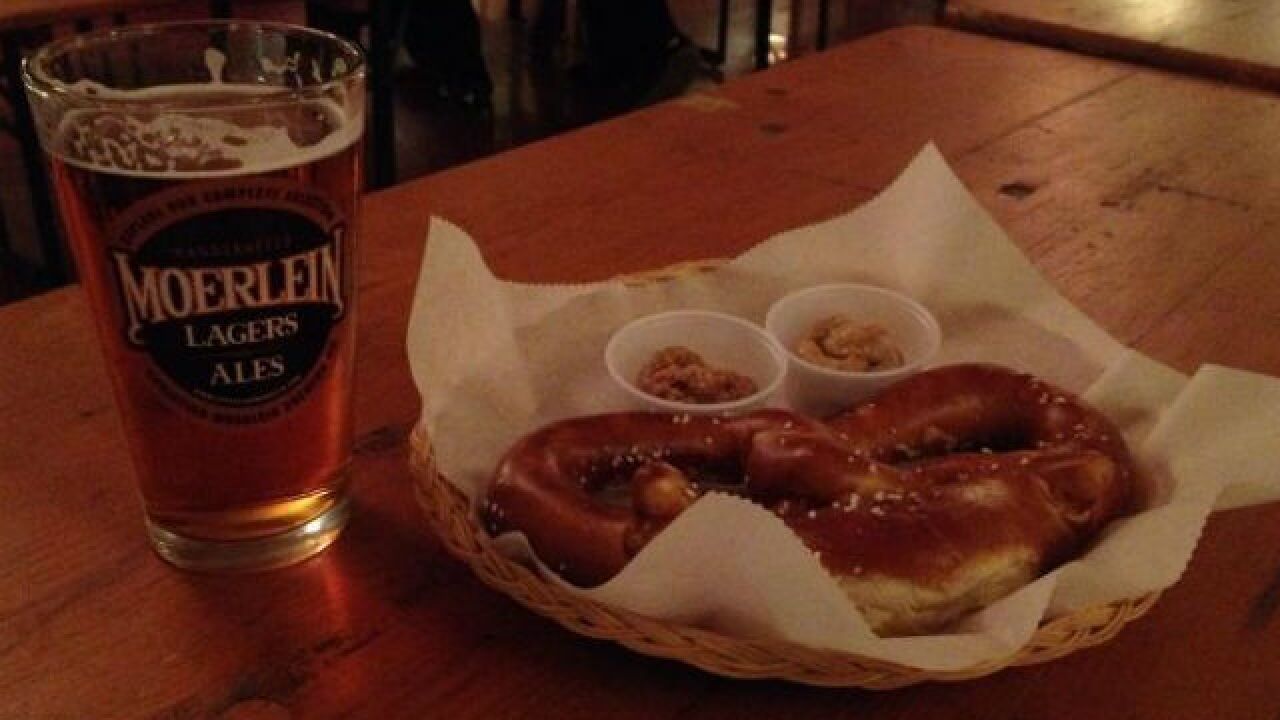 Copyright 2017 Scripps Media, Inc. All rights reserved. This material may not be published, broadcast, rewritten, or redistributed.
Provided

HEBRON, Ky. -- A legacy Cincinnati brewery will open a bar/restaurant concept at the Cincinnati-Northern Kentucky International Airport next year.

CVG on Monday inked a contract with Host International for a new Christian Moerlein Malt House Taproom in Concourse A, where the brewery will serve up its signature ales and other beers along with a full menu of food. It will be located at Gate 15, currently occupied by the airport's USO, a lounge for military personnel and their families, which will move as part of the project.

The lease agreement is for eight years; Host International handles a bulk of CVG concessions. Construction is projected to begin in March with an anticipated opening date of May 2018.

CVG has been scrambling lately to meet dining demands in Concourse A, which includes all non-Delta gates, as volumes grow. The airport just marked its third best August in history in terms of local passengers with 362,500, a 30 percent gain year-over-year. Every scheduled carrier experienced double-digit growth, officials said.

Since May 2013, CVG has welcomed five new airlines and introduced more than 50 new flight options to its network.

One other solution was approved in May. Blaze Pizza -- a fast-food chain that serves up custom-built, fast-fired pies in 180 seconds or less -- is scheduled to open in Concourse A in 2018. Construction is underway.Blaze will be near Gates A3 and A5, by Southwest. And Vino Volo, which also serves lunch, dinner and small plates, and already has a shop in Concourse B, opened in September in Center Court in Concourse A.

Other food options in Concourse A include Graeter's, Subway, Starbucks, Smashburger, Panda Express, Sam Adams and The Local, a pub.

Christian Moerlein is already a CVG favorite -- it's listed as a "staff pick" on the airport's website for travelers looking for authentic local finds. The brewery was founded in 1853, but closed in the 1920s with Prohibition. The brand was reintroduced in Cincinnati in 1981, and today, Christian Moerlein operates a riverfront Lager House, open since 2012, and its original Over-the-Rhine location, also a Malt House Taproom.

CVG received two total bids for the latest concession space. The other, for a Kracky McGee's bar, did not meet specifications, airport officials said. Moerlein's response, meanwhile, "far exceeded the minimums" set forth in the request for proposals. Sales for the eight-year term are expected to top $19.98 million, meaning CVG could receive upward of $3.1 million in rent.