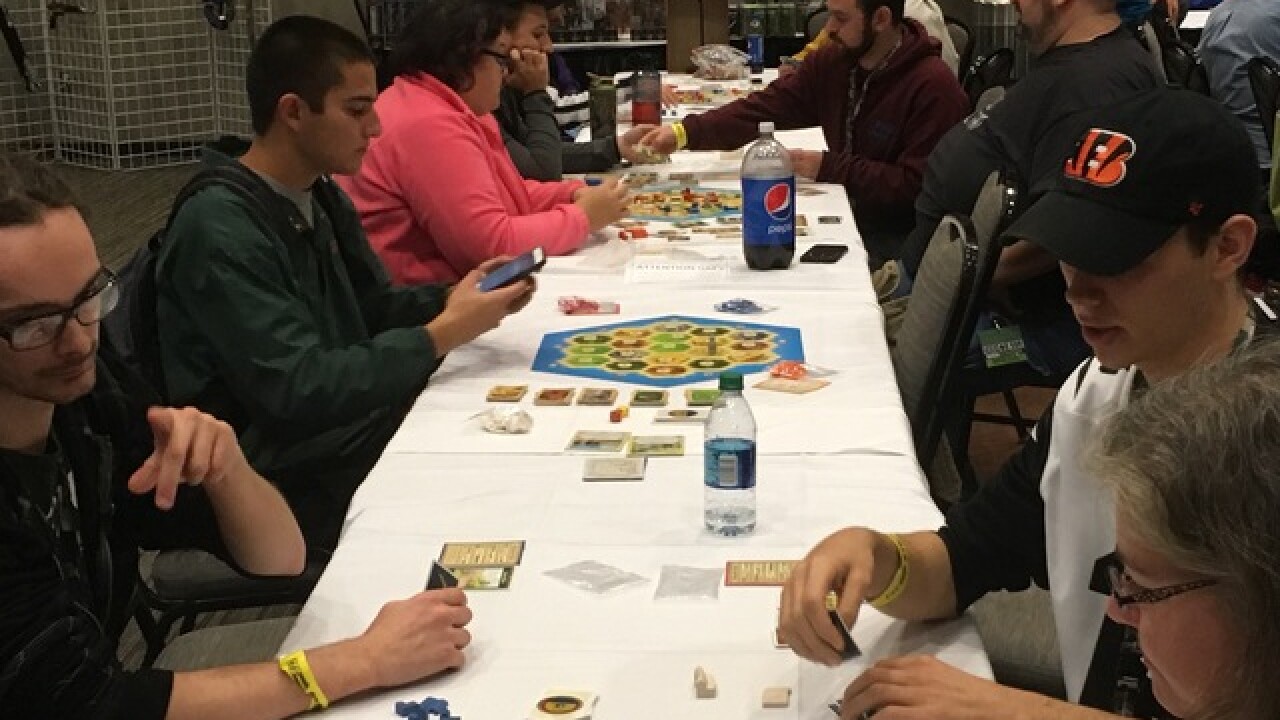 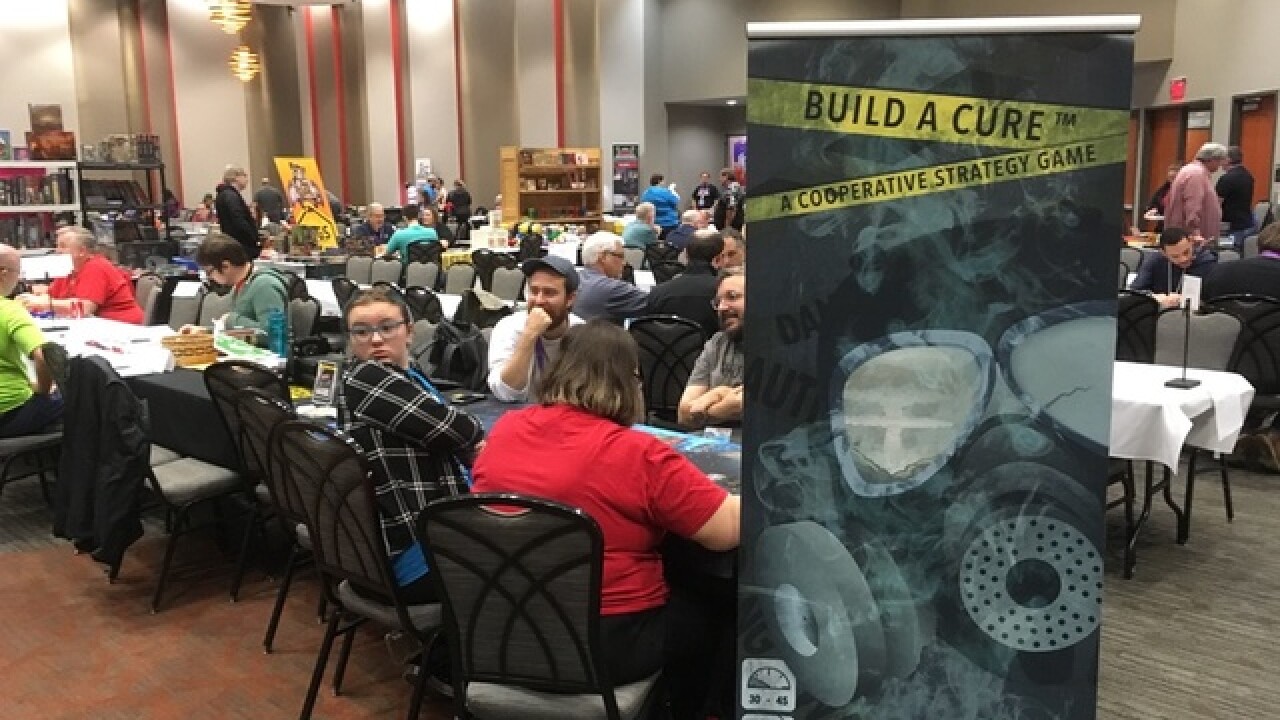 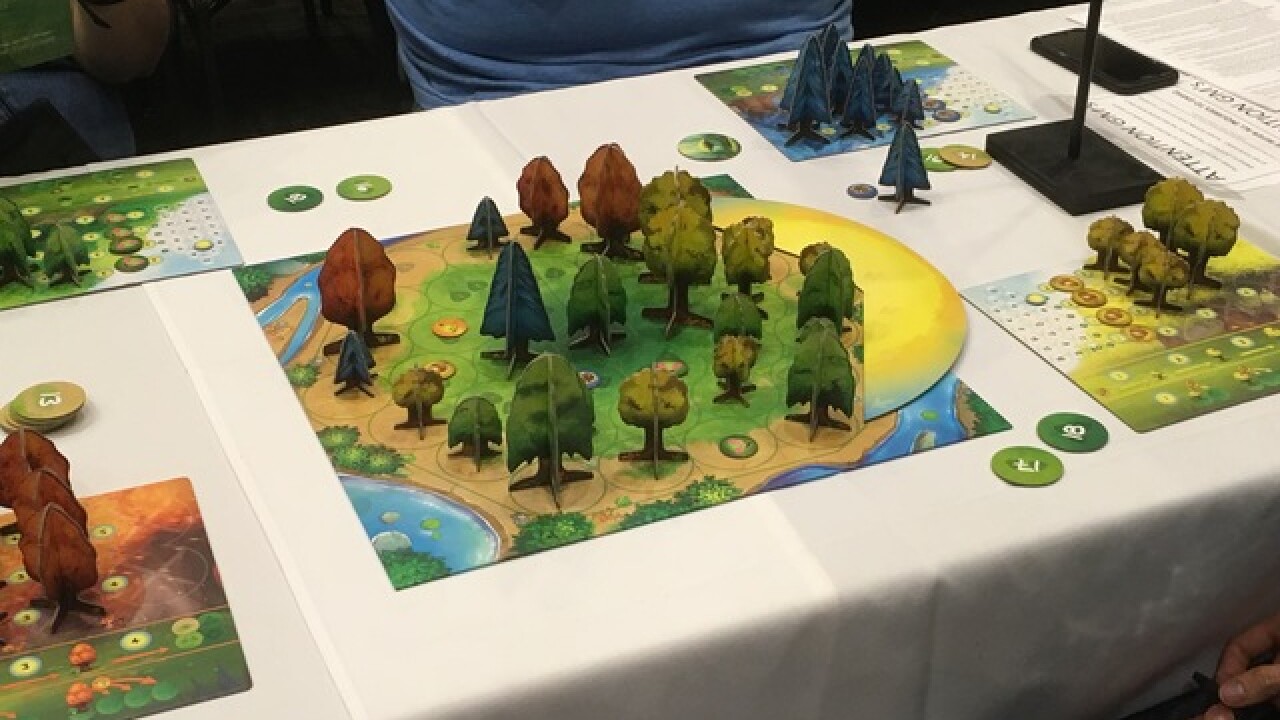 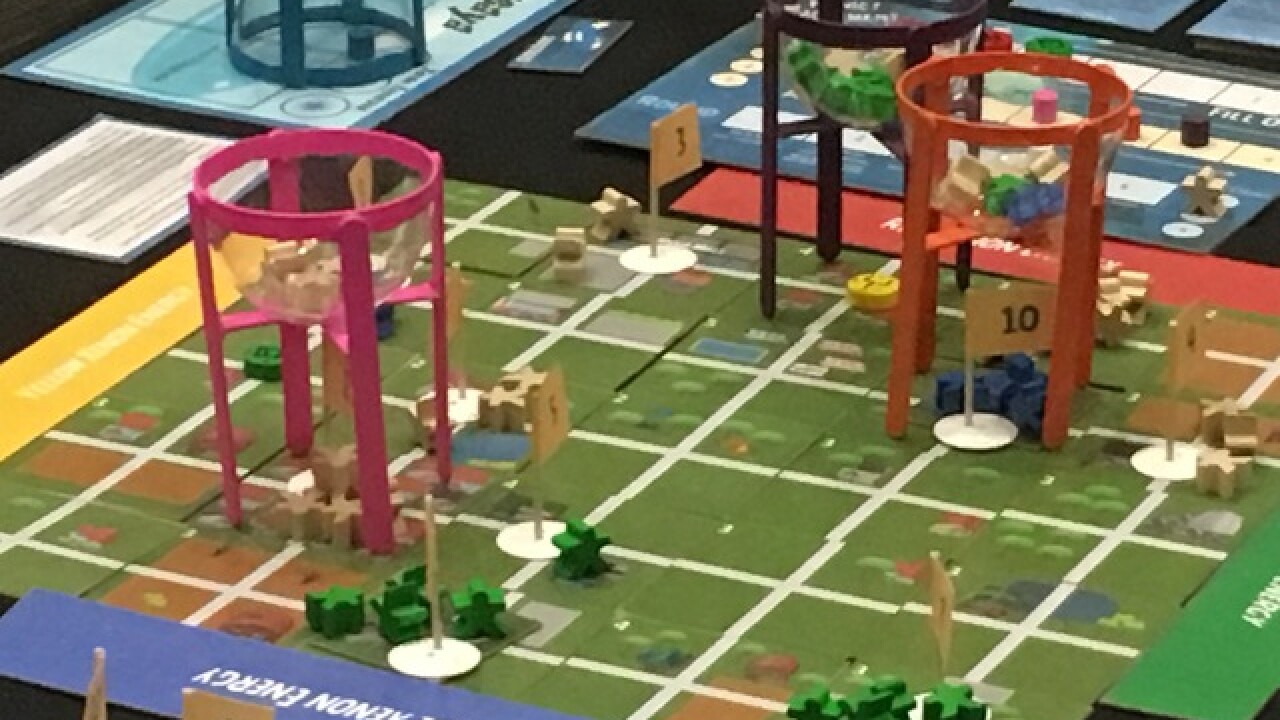 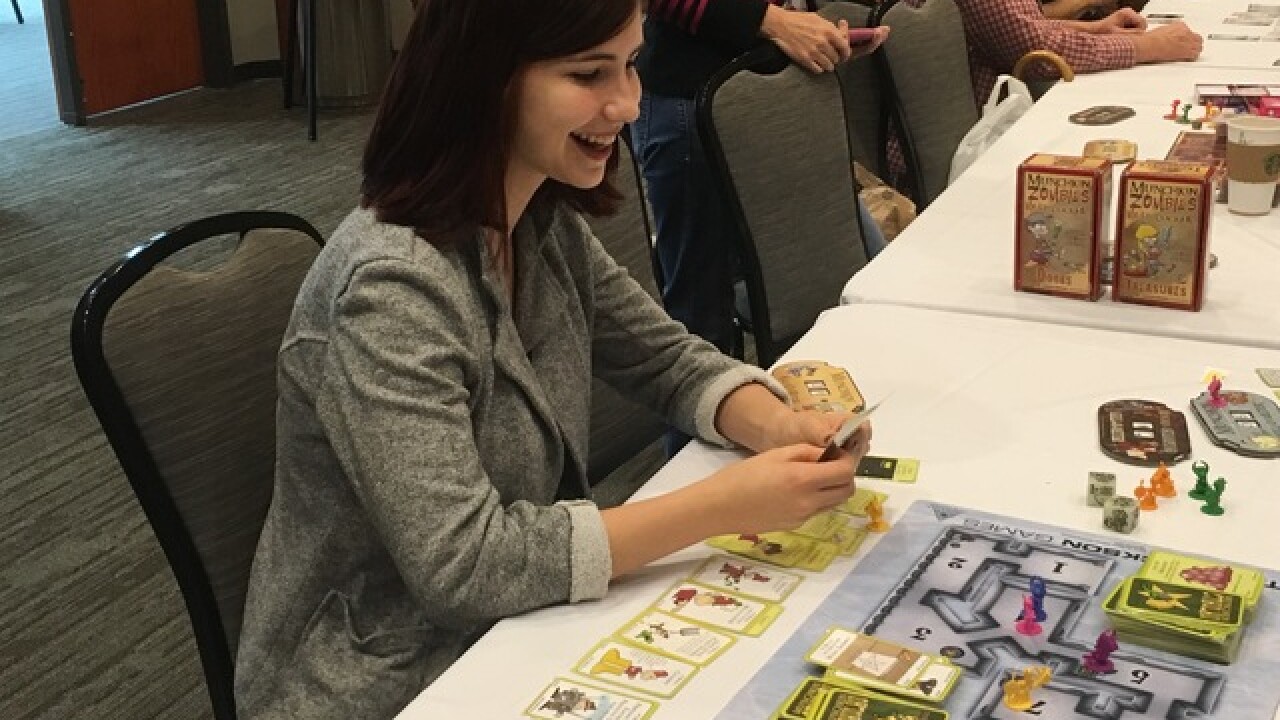 SHARONVILLE, Ohio -- For one weekend, a few thousand people flooded the Sharonville Convention Center, put away their phones and tablets and sat down with one another to play games.

The second annual CinCityCon, which took place at the convention center earlier this month, revealed what game players and designers already know: There's renewed interest in board games, largely driven by millennials looking to have more fun, meaningful experiences.

CinCityCon organizers said there has been a definite increase in game players in the Cincinnati market.

"Our numbers were up 25 percent this year," said Chris Gryzwacz, co-founder of CinCityCon. "We had more than 2,500 through the turnstile."

Local gamers such as Faith Mouch, 17, of Sharonville agreed that there has been a resurgence of interest.

"I think people are finally realizing there is more than just Monopoly out there to play, and that has helped spur the creation of more wonderful games," Mouch said.

In the convention hall at CinCityCon, groups of players chatted overtop colorful boards and pieces.

"I think one of the biggest things that is driving the growth is an increased opportunity for socialization," Gryzwacz said. "A lot of people get stuck on their phones or video games and you don't get the human contact."

Greg Franseth, Gryzwacz's Cincinnati business partner, said in many ways one game served as the match that lit the fire.

"In the '90s, driven by a game called Settlers of Catan, what's called 'European-style gaming' came to America," Franseth said.

Planning and cooperation, as opposed to conflict and chance, are usually the hallmarks of so-called Euro games.

"Those came over and then in the early 2000s, it exploded. Those are known as designer games now," Franseth said.

The growth has led to the creation of venues that feature board games and role-playing games as the featured attractions, such as The Rook in Over-the-Rhine and A Game Knight, which is set to open soon in Hamilton.

"The market research says that 90 percent of the target demographic age is between 25 and 35," said Bryan Brunner, owner of A Game Knight.

Hasbro, the world's largest game manufacturer, has released new versions of old games specifically targeting millennials. In the premise of the new game "Clue: What Happened Last Night?" seven friends reconnect in Las Vegas, but only six make it back to the hotel.

"Millennials are commonly known for being active on social media, and our team keeps a close eye on emerging social trends that would make for fun and shareable gaming experiences," said Melissa Kustell, vice president of marketing for Hasbro Gaming.

Mouch said for her, the fun in gaming indeed comes from getting together with friends.

"I enjoy the story of the game. I want to play the best game possible," she said, adding, "I want to look at all of the moves and help other people find the most complicated way to win."