Princeton perseveres through a difficult week to defeat Middletown 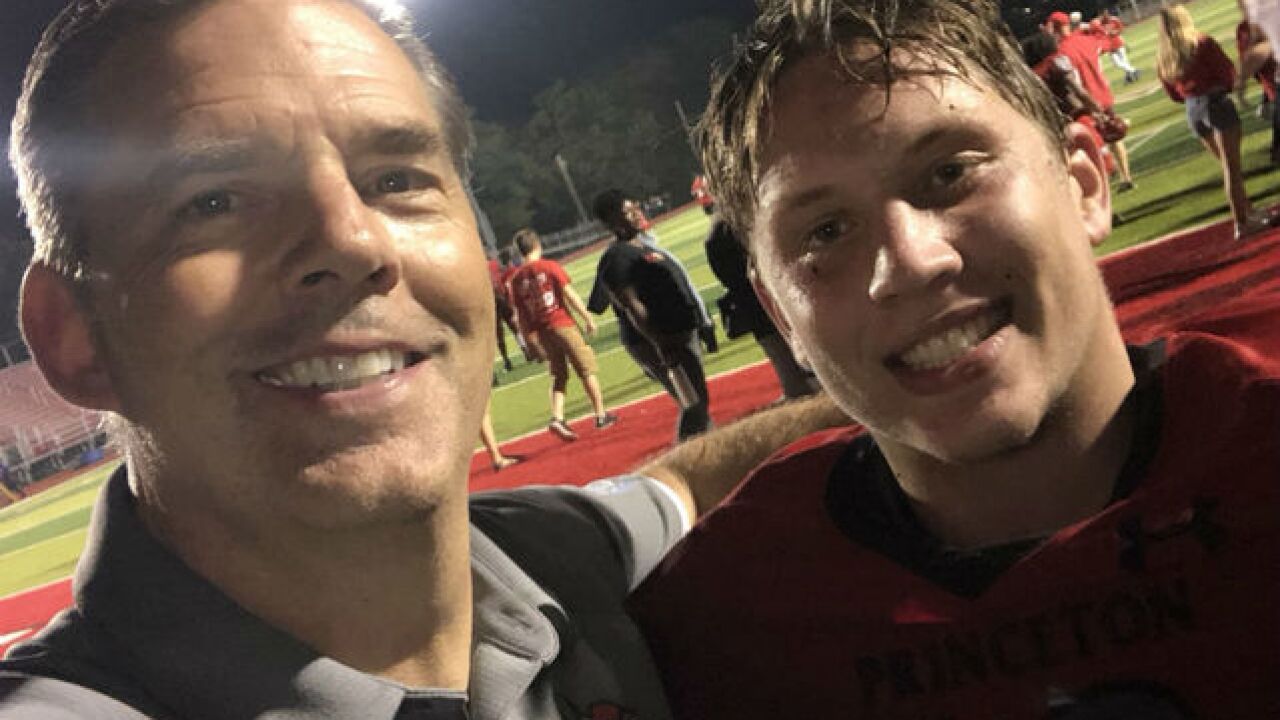 Given the circumstances of a Homecoming Week that saw the Vikings forfeit three wins due to self-reporting an academically ineligible player , this was not a typical Greater Miami Conference game.

“The week was a tough week for our kids,” Daniels said Saturday morning. “All the emotions - you had a lot of distractions obviously. So just the normal preparation was altered a bit.”

But for the second straight week, the Vikings persevered and found a way to win in a nail-biting finish. Princeton defeated visiting Middletown 32-29 and re-entered the win column.

"I just think overall the resiliency of the kids continues comes through," Princeton City Schools Superintendent Tom Burton said. "They worked really hard. I think in the second half they focused on each play, each series and each quarter. I just continue to be very proud of who our students are, and they are working hard."

The Vikings defeated Lakota East 30-28 on a 37-yard touchdown pass as time expired Sept. 14 that gave them a 3-1 record at the time. Two days later, the school district learned of a potential eligibility issue with a varsity football player.

“My message to (the players) was, ‘Hey, just control what you can control,'” Daniels said. “Move forward and play the games that you have left. Anything is possible. You have to believe and understand.”

After going from 3-1 to 0-4 on Wednesday, the Vikings are 17th in the Division I, Region 4 computer points standings, according to Joe Eitel . Plenty could change from now until Week 10 Oct. 26 and the Vikings are staying positive.

“The only thing we can control is the next game,” Daniels said.

Although the Vikings trailed 21-3 to Middletown at halftime Friday night, Princeton didn’t fold.

Sophomore Thomas Boyd had 20 carries for 161 yards and three touchdowns. Senior Trey Key had 11 carries for 86 yards. His late 4-yard touchdown run helped the Vikings down the stretch.

Princeton had 356 yards of total offense for the game. Senior Bryce Burton’s 23-yard field goal gave the Vikings their only points of the first half. Burton, who is the son of Tom Burton, also had five tackles and a key pass break-up in the second half in his linebacker position.

Defensively, junior defensive end Darrion Henry had eight tackles, three for losses, including a sack and a quarterback hurry.

Daniels said he learned plenty during a time of crisis this week. Despite the adversity, he believes the team is on a good path with the second half of the regular season starting this weekend.

“It just challenged me to practice what I preach with kids,” Daniels said. “Am I able to stay focused and be resilient and think positively and understand different kids’ emotions and all those things. We’re still building pride and restoring tradition.”