Mother of Mercy's Catholic community lives on as school closes 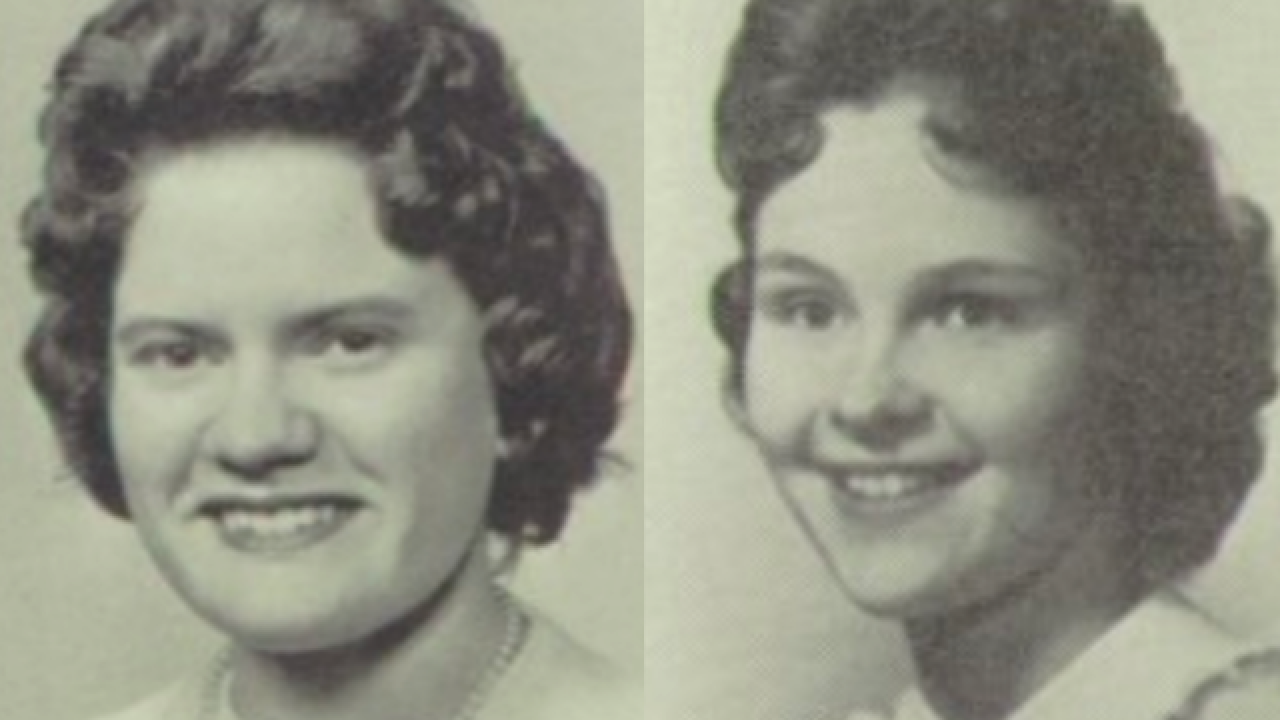 Copyright 2018 Scripps Media, Inc. All rights reserved. This material may not be published, broadcast, rewritten, or redistributed.
<p>School pictures of Nancy Merkle (left) and Marjorie Rudemiller (right) as graduating Mother of Mercy seniors in 1962 and '61, respectively. The two women would each go on to spend more than a decade as principal of their alma mater.</p>

CINCINNATI -- When Marjorie Rudemiller graduated from Mother of Mercy High School in 1961, the yearbook she carried out of the old building opened with a description of its contents: "So many worlds as seen at Mercy." Section dividers label them: a World of Study, a World of Action, a World of Friends, a World of Mercy and a World of Promise.

A picture of Rudemiller herself, a dark-haired teenager grinning above her scalloped white collar, lived in that one.

She and fellow former principal Nancy Merkle don't think the 103-year-old academy's closure as it merges with McAuley High School, another Catholic girls' school, necessarily represents the end of any of those worlds, they said Friday night.

"The school has a particular spirit about it," Merkle said. "The students have it. It just rests in them."

Mother of Mercy will hold a closing ceremony at 6 p.m. Saturday.

Rudemiller was Mother of Mercy's principal from 1978; she handed the reins to Merkle in 1990, and Merkle retired in 2010. Both still feel a deep connection to the school that became their academic, professional and spiritual homes, and they know many other alumnae feel the same.

"It's wonderful to hear their stories," Rudemiller said. "Once you're a Mercy alum, you're always a Mercy alum."

Merging Mercy with McAuley was a matter of practicality for the two schools, which had experienced declining enrollment and wanted for funding in recent years. McAuley's student body waned by 40 percent while Mercy experienced a smaller but still significant 13 percent decline. Both schools will officially cease to exist June 30, at which point Mercy-McAuley High School will spring into existence.

Students of the new school will attend classes in the 60-year-old McAuley building while the Sisters of Mercy create a new plan for the future of its century-old Mercy equivalent.

Rudemiller, who lives near the Mercy building, said she's sad to see it closed but knows her academic family exists in people, not objects.

"I've cried enough times out of my kitchen as I looked at the school," she said. "I know it's going to be hard."

"Of course I loved the building," Merkle added. "But it's more the spirit. It's the spirit and the generations of people who are here and a part of it. I'm going to try not to cry, because I need to to speak."