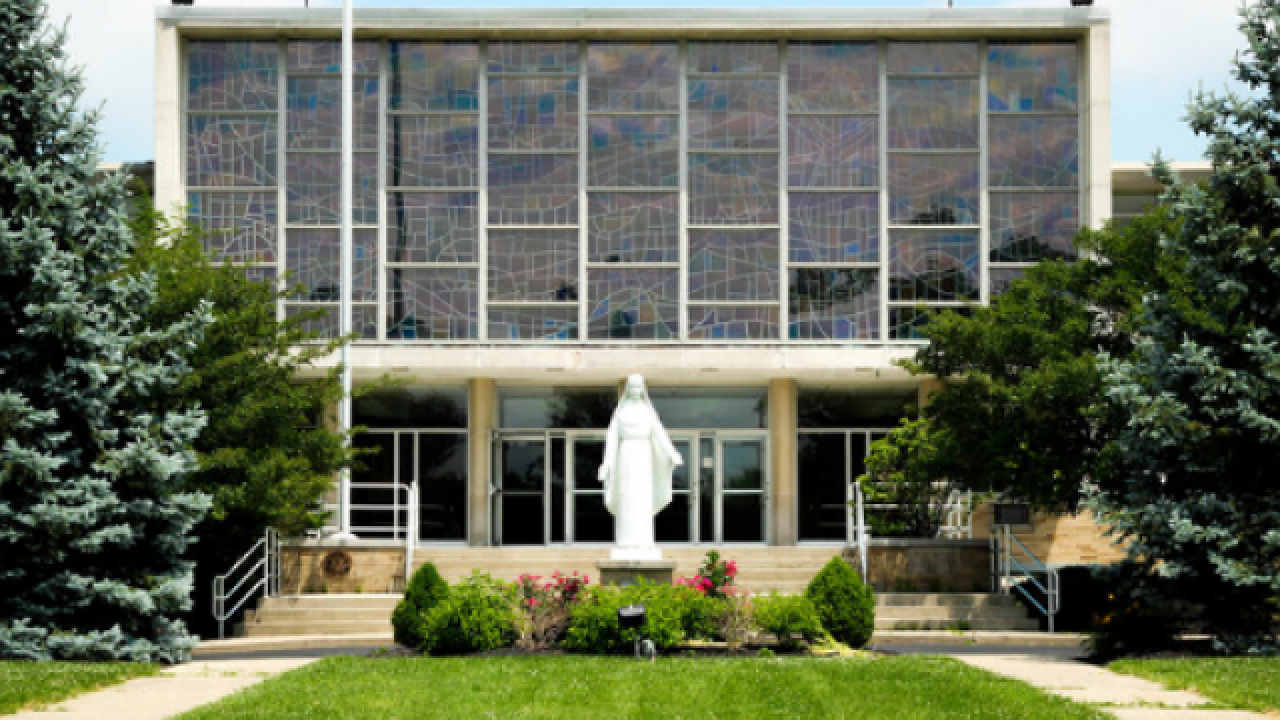 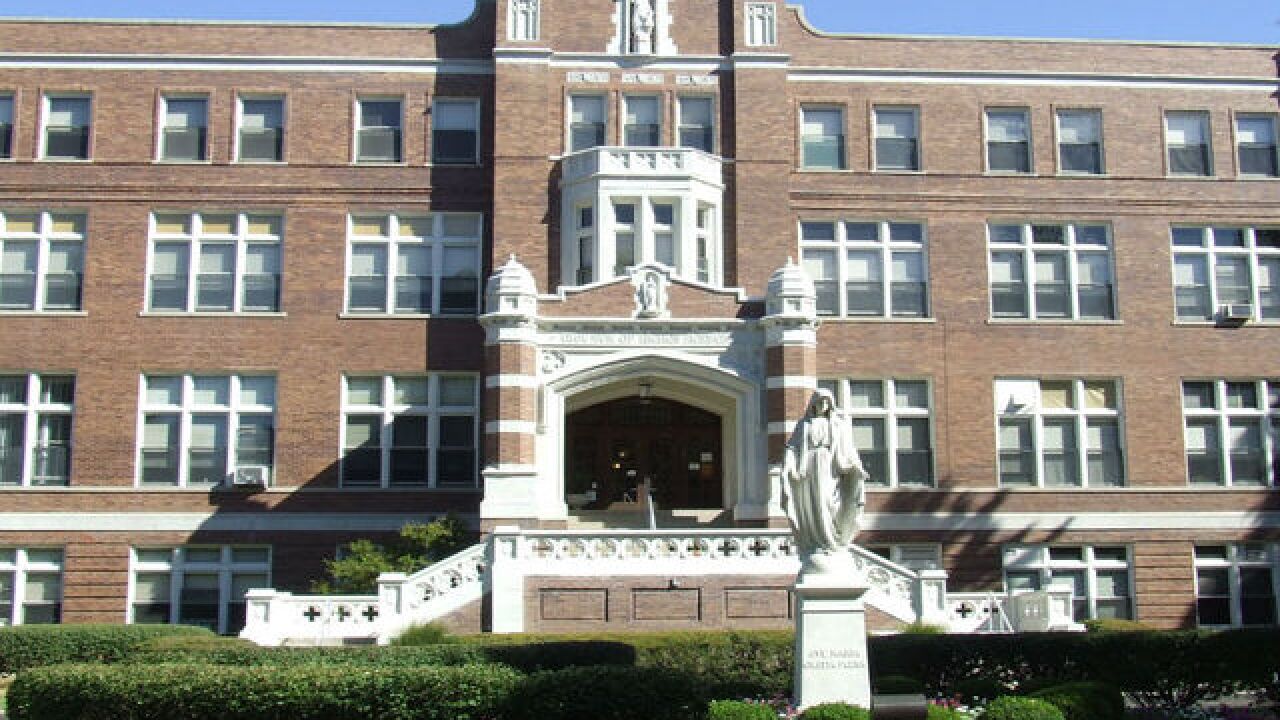 CINCINNATI -- What led to the decision to blend two Catholic high schools into one?

In short, a 40 percent decline in enrollment at McAuley since 2008 and a 13 percent decline at Mother of Mercy had bled the schools financially and prompted an infusion of $9.3 million from the Sisters of Mercy, the religious order that supports the two schools.

By last December, the Sisters had looked at the troubling trend of declining enrollment (28 percent for the two schools together) -- and fewer tuition dollars -- and decided it had become unmanageable to keep operating the two schools separately.

Their decision, announced on March 2, will close Mother of Mercy's 100-year-old Westwood campus after the 2017-2018 school year. Mercy students will be relocated to the McAuley building in College Hill to form a newly named school, Mercy McAuley High, which will open with a combined student body in the fall of 2018.

“Over time, the Sisters have made financial gifts totaling over $9 million into both schools combined. The Sisters are not in the business of operating schools, they sponsor schools,” Bartley said. “The schools need to be financially stable on their own. Because of enrollment decreasing, they have not been able to maintain that stability, therefore we have to loan funds and give funds.”

In June 2013, the Sisters attempted to reduce costs for the schools -- and keep them separate -- by forming the Mercy Education Collaborative of Cincinnati, which allowed Mercy and McAuley to consolidate some programs and costs under a single president and board.

“It was a hope that this collaborative could possibly consolidate some duplications of operations and costs between the two schools, which would therefore minimize costs at the schools. That did not work as well as had been hoped,” Bartley said.

During their heyday, McAuley and Mother of Mercy each had nearly 1,000 students, but that was decades ago. Today, McAuley’s enrollment is 467 -- compared to 769 in 2008. Mercy’s enrollment this year is 495 – compared to 569 in 2008. Mercy’s incoming freshman class is 87, compared with the current freshman class of 100 and the sophomore and junior classes, which are both around 140. McAuley’s classes average between 115-130 students, with a smaller junior class.

Finances and enrollment are tied together. Most of a school’s operating costs are covered by tuition, which is about $11,000 at each school.

“It’s more than money, it is also the likelihood of future enrollment,” said Tom Otten, the retired longtime Elder High School principal who is heading the transition team for Mercy McAuley High. “As enrollment drops, you can adjust some things, like staffing, but you still have that same big building and you need to heat it, clean it, light it -- there are fixed costs.”

The Sisters of Mercy looked at the declining number of students coming through area Catholic elementary schools, as well as the baptismal rates from a defined geographic area that typically draws students to Mercy and McAuley, Otten said. The Sisters determined that those numbers don’t support a bump in enrollment in the future.

With finances and enrollment in mind, the Sisters decided it was time to have just one all-girls, Mercy-based high school in Cincinnati, particularly because the two high schools were operating just seven miles apart, Bartley said. Seton High School, an all-girls, Catholic school affiliated with the Sisters of Charity, is just a few miles from Mercy.

“You have three (Catholic girls) schools in a relatively small circle. When the trends are not good, it’s hard to keep three schools filled up, but maybe you can do it with two,” Bartley said.

The Sisters of Mercy don’t call the situation a merger. Both Mercy and McAuley are closing after the 2017-2018 school year and a new school will open in the former McAuley space as Mercy McAuley High, Bartley said.

The transition team for the new school, led by Otten, will form a dozen committees to christen Mercy McAuley High with new school colors, mascot, curriculum and schedule, plus every other detail of a new school.

Otten hopes to have a balance of Mercy and McAuley voices for each committee, and he wants every voice to be heard -- and he wants to get it right for the students.

“We need to do this in the time that we have and we don’t want to muck it up,” Otten said. “Both schools have a tremendous legacy in the city with the parents, students, alumnae and the neighbors. We want to find a place for everyone’s voice.”

In addition to Otten, the transition team includes: Cindy Costello, assistant director of the Ministry Office of the Sisters of Mercy; Denise Krueger, a McAuley graduate and math and science professor at Mount St. Joseph University; and Wayne Morse, a retired executive from Procter & Gamble who most recently worked in the school office of the Archdiocese.

Absent is a representative with ties to Mercy -- something that didn’t go unnoticed by the Mercy community. Otten and Bartley both alluded to a possible fifth member joining the transition team, but nothing has been determined.

The Sisters began discussions last fall with the Archdiocese and other key players -- including Otten -- about what to do with the two schools. The school principals - Dave Mueller from Mercy, Dan Minelli from McAuley - and other leadership were informed a couple of days before the March 2 announcement to faculty and students. A week later, Kirsten MacDougal, who was president of both schools under the collaborative launched in 2013, resigned.

“We learned just two days before everyone else,” Mueller said. “We were aware the schools had an enrollment decline - Mercy’s has reduced in the last couple of years - but we didn’t really see this coming.”

Both Mueller and Minelli said the students were shocked and upset, but that the girls tried to look at the bright side rather quickly. The faculty and staff -- who will need to reapply for the new Mercy McAuley school -- approached the topic with a concern for their students, Mueller said.

“They very quickly began to think, ‘What can we do? How can we make it (the school) better?’ ” Minelli said. “I met with our student leadership over lunch recently and they had idea after idea after idea.”

Because of the timing of the announcement, next year’s incoming freshmen had already committed to their schools.

Mercy, which loses its century-old campus, has issued refunds on deposits to some of next year’s freshman class who had committed to attending Mercy before plans were announced to close after next school year.  Mueller declined to give an exact number of incoming freshmen who’ve changed their minds, but he did say some current students have visited other schools to explore their options. McAuley has one incoming freshman who is considering going elsewhere because of the blending of the two schools, Minelli said.

Cheviot resident Brandy Hauser’s eighth-grade daughter had a difficult time selecting between Mercy -- her mom’s alma mater -- and Seton -- where her cousin is a student. She finally made the decision to attend Mercy next year -- and then March 2 rolled around.

“We felt blindsided,” Hauser said. “She was so happy with her choice, we did registration, we did signing day -- and then, here we go.”

When Hauser first heard the news, she called Seton to see if her daughter was still accepted there. She got on a list for Seton, but ultimately her daughter decided she wanted to stick with Mercy -- which will mean moving to the Mercy McAuley campus in College Hill her sophomore year.

“I would love if she could go to school at Mercy,” Hauser said. “But I am trying to be positive. I do think it could be a good thing and the school has a lot of potential if they take the best of both schools.”

Fate of the Mercy building

The Sisters will consult the neighborhood coalition to help identify possible buyers for the Mercy building. The hope is that they will have a plan  for the building’s next life as soon as the students finish classes there in the spring of 2018.