Moeller's Hayes is sure thing; Princeton's Bazley is question mark 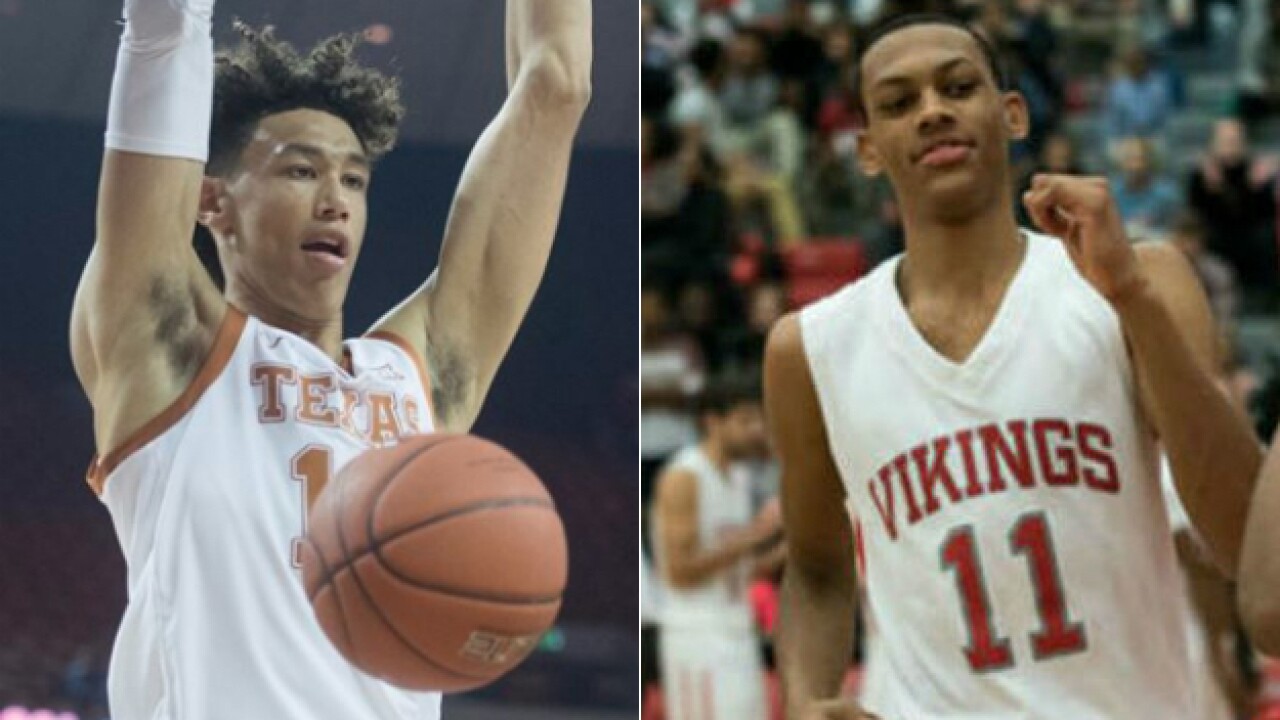 Copyright 2019 Scripps Media, Inc. All rights reserved. This material may not be published, broadcast, rewritten, or redistributed.
Jaxson Hayes and Darius Bazley

CINCINNATI — Two former Cincinnati high school basketball sensations could become first-round NBA draft choices Thursday night with all of the fame and fortune that goes with it.

Former Moeller star Jaxson Hayes, a 6-11 forward, is a sure thing. The mock drafts make Hayes the No. 9 pick (Wizards) or No. 10 (Hawks) after being named Big 12 Freshman of the Year at the University of Texas.

Princeton’s Darius Bazley, a 6-9 forward, is a question mark after making the controversial decision to sit out the 2018-19 season. The 2018 Princeton grad committed to Syracuse, then decided to play in the NBA G-League. But his agent had him forego the G-League and work out on his own.

Nevertheless, the ESPN and Sporting News mock drafts have Bazley as the 29th pick (Spurs). That would make him the second-last pick in the first round. Other mocks see Bazley as a high second-rounder.

Bazley would get about $4.4 million for three years as the 29th pick.

The two-round draft begins at 7 p.m. (ESPN) from the Barclays Center in Brooklyn, New York.

Hayes, a late bloomer who didn't start a varsity game at Moeller until his senior year, will become the first Moeller graduate to play in the NBA. The 19-year-old received a prestigious invitation to the green room on draft night, which is reserved for players expected to go early.

“It’s really cool; obviously just being able to the NBA Draft is every kid’s dream,” Hayes told WCPO earlier this month. “It’s obviously really exciting, but at the same time you have to stay humble.”

As the area’s fourth lottery pick since the NBA started its current system in 1985, Hayes would join an elite group including Franklin's Luke Kennard (2017), North College Hill's OJ Mayo (2008) and Georgetown's Brian Grant (1994).

He wasn’t considered a one-and-done candidate when he verbally committed to the Longhorns in September 2017. There was even discussion about Hayes being red-shirted. By January 2019, Moeller coach Carl Kremer had begun to receive phone calls from NBA teams.

As a senior, Hayes led Moeller to its fourth state basketball title in March 2018. He had 14 points, six rebounds and three blocks in the state final win over Solon in Columbus.

Bazley made national headlines last spring when he announced his decision to forgo a Syracuse scholarship and enter the NBA G League. Later, the 6-foot-9 forward decided to skip the G League.

Princeton coach Steve Wright told WCPO Tuesday he expected Bazley would be selected in the first round. He said he had a conversation with an Eastern Conference head coach Monday night about Bazley.

14. Boston (from Sacramento via Philadelphia)

20. Boston (from LA Clippers via Memphis)