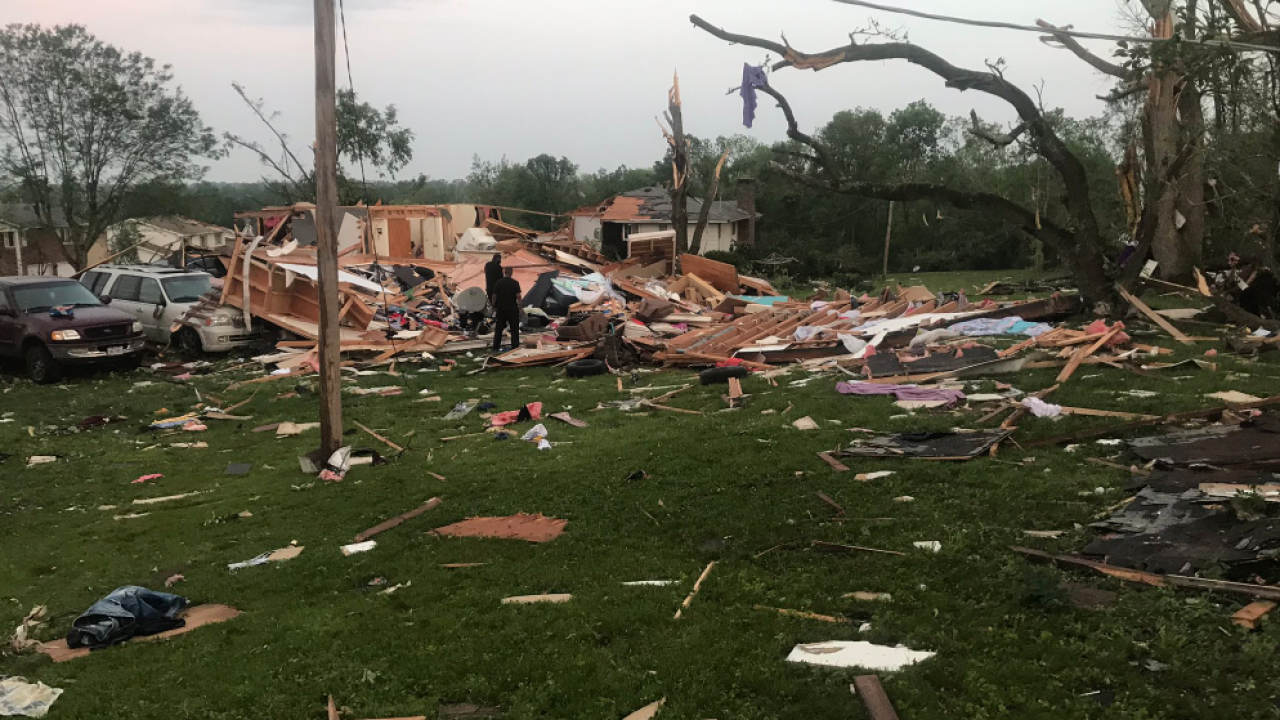 A home near the city of Dayton, Ohio is heavily damaged following tornadoes and strong winds that ripped through the region Monday, May 27, 2019 (Memorial Day).

The Dayton Daily News reports county sewer workers had to divert wastewater directly into the Stillwater River after two pump stations lost power during the storms.

Hundreds of homes and businesses were destroyed and many more were damaged during the outbreak that saw at least 18 tornadoes touch down in western Ohio.

RELATED: A week after tornadoes, Dayton area has a donation problem

Dina Pierce is a spokeswoman for the Ohio Environmental Protection Agency. She says existing river water and additional rainfall diluted the sewage and moved it downstream through the Great Miami River. Pierce says for that reason officials didn't sample the river for contamination.