A week after tornadoes, Dayton area has a donation problem: Too much clutter, not enough help 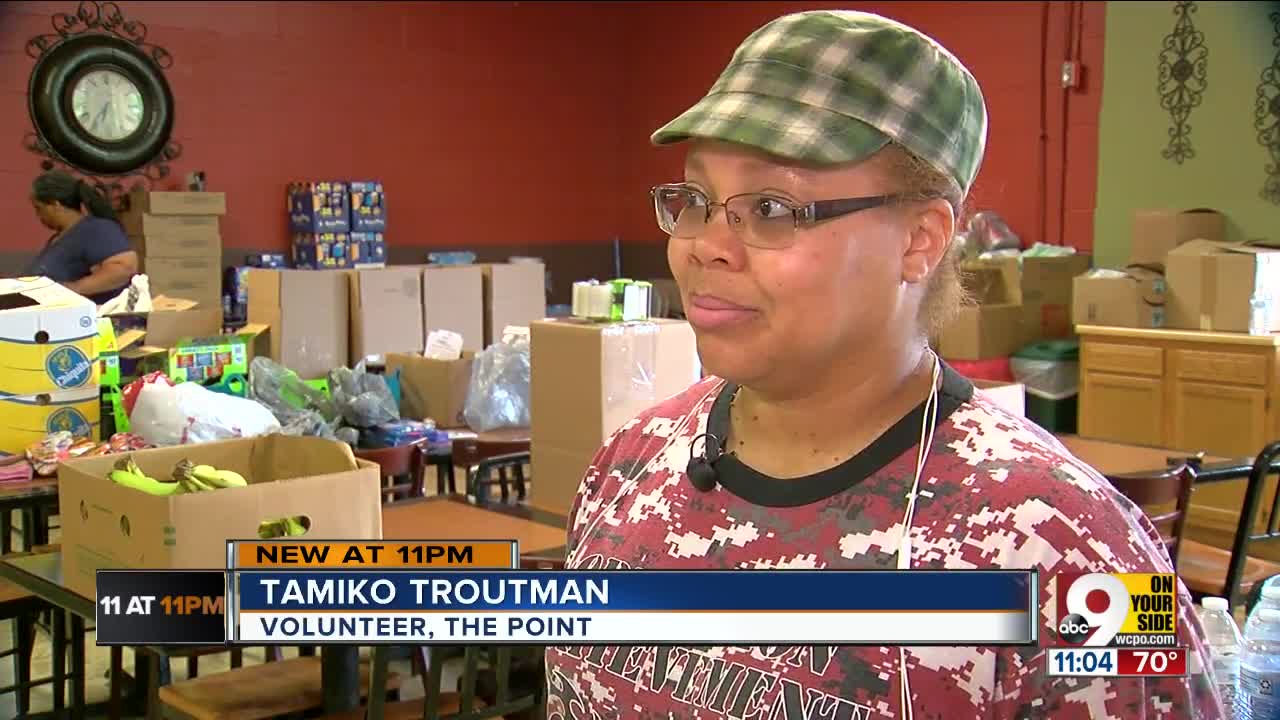 “Everybody is bringing stuff in, but nobody is giving a hand,” Pastor Barbara Glasper said Tuesday. As the city of Trotwood moves into the next phase of its recovery, its families need donations of money and time more than they need small physical goods. Glasper and her entire team are exhausted from unloading boxes of deodorant when gas cards and vouchers would be a bigger help.

TROTWOOD, Ohio — Teetering stacks of donated items filled the halls of The Point Church Tuesday night: Packs of bottled water and Gatorade in one corridor, plastic-packaged diapers and cardboard boxes filled with Similac baby formula in the sanctuary. More comes in by the truckload every day, volunteer coordinator Tamiko Troutman said.

All were donated following the tornadoes that chewed through the Miami Valley overnight May 27, damaging an untold number of homes and cutting off power to tens of thousands — and all are appreciated, Troutman said.

But they’re not what Trotwood needs, according to care pastor Barbara Glasper.

“Everybody is bringing stuff in, but nobody is giving a hand,” Glasper said Tuesday.

As the city moves into the next phase of its recovery, its families need donations of money and time more than they need small physical goods, Troutman said. She, Glasper and their entire team are exhausted from unloading boxes of deodorant when gas cards and vouchers would be a bigger help.

“We have 362 students with nowhere to live,” Troutman said of the community. “Maybe their insurance is paying for a week stay at a hotel, or they don’t have insurance at all, and moms and dads are sleeping in cars with their children. … What if mom finds a place and has the first month’s rent but not the deposit?”

The problem isn’t unique to The Point or even to the Dayton area. According to NPR, unasked-for donations from well-intentioned but ill-informed strangers have been complicating disaster relief since at least the late ’80s.

A relief specialist who spoke to reporter Pam Fessler said the piles of unsorted donations cluttering an airport tarmac in Honduras following a spate of hurricanes literally prevented a plane carrying medical supplies from landing in 1988.

Trotwood doesn’t have the same problem with space, but it does have a glut of goods that aren't doing any. The Point requested anyone who still wants to help with relief in the area make a donation instead of sending a package. (The Greater Dayton Disaster Relief Fund, which will help a variety of local organizations, accepts online donations.)

If money is an obstacle, Glasper said, that’s OK: “Volunteering is free.”

For a comprehensive list of ways to help — really help — visit the Dayton Daily News here.

This article originally identified Barbara Glasper as the pastor of The Point. In fact, she is its care pastor, a position involved in community outreach. The Point is led by Pastor Jon Morgan. WCPO regrets this error.