Most tornadoes ever seen in one day in Tri-State 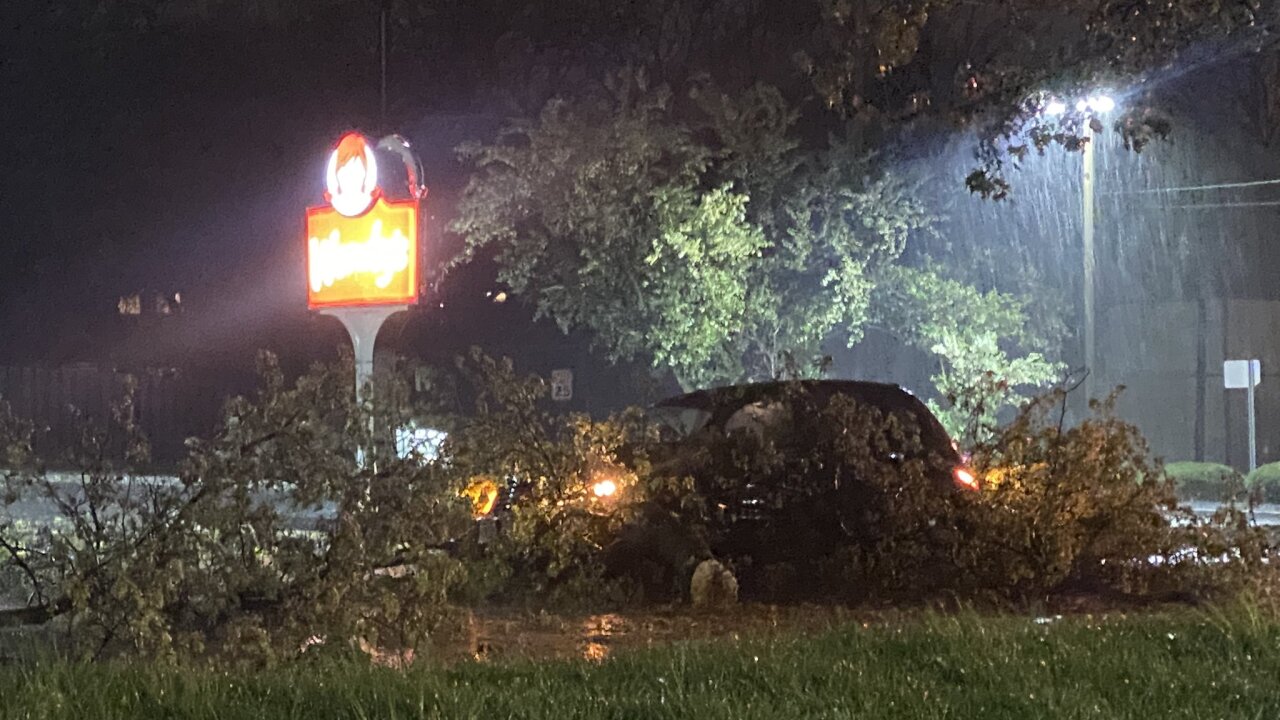 Copyright 2020 Scripps Media, Inc. All rights reserved. This material may not be published, broadcast, rewritten, or redistributed.
Courtesy Donte Drexelius
A tree crashed onto a car on Vine Street during storms on April 8.

It is the highest number of tornadoes seen in one day in the Tri-State and the CVG viewing area specifically. For reference, 1974's Super Outbreak saw 16 tornadoes, which killed 315 people in 13 states including southwest Ohio.

The tornadoes ranged in speeds from 65 to 90 mph including a tornado in Newtonsville/ Lake Lorelei that traveled a path of 8.8 miles with a maximum path width of 200 yards. The strongest winds were recorded near Warsaw at 90 mph.

The NWS uses the Enhanced Fujita Scale, which classifies EF-0 and EF-1 tornadoes as "weak" weather events with wind speeds between 65 and 110 mph.

But, as many areas of the Tri-State saw firsthand, winds at that speed can still uproot trees and damage homes rapidly.

At one point, more than 78,000 people across Greater Cincinnati were without power following Wednesday storms. There were no reports of weather-related deaths or injuries during the storms.

VIEWER PHOTOS: Your photos of storm damage around the Tri-State

See the resources below for the latest severe weather updates.