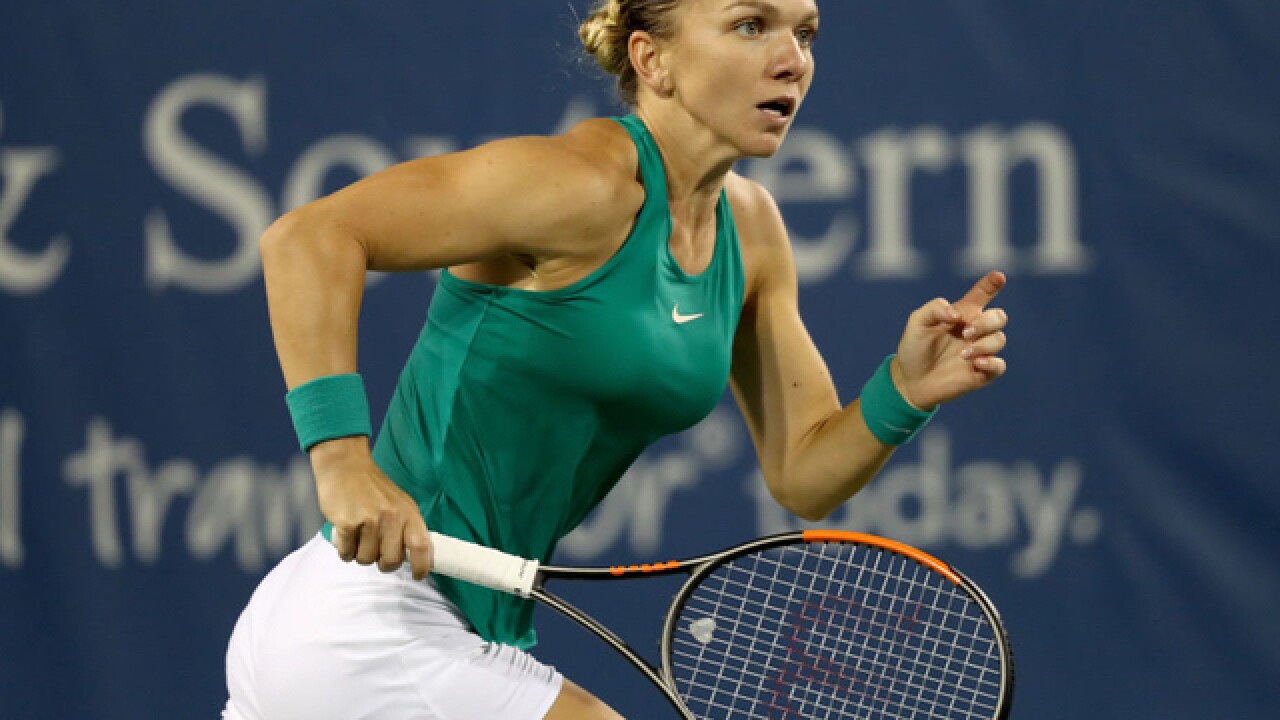 Rain resulted in three matches suspended overnight. Nobody was closer to finishing off a win than Halep, who had overcome an injury and staged a third-set rally when the storm arrived.

Fresh off her second Rogers Cup title, Halep arrived in Cincinnati looking to extend her momentum toward the U.S. Open. She appeared to aggravate her lower back on a 105 mph serve during the second set on Wednesday night. After losing the first three games of the final set, she took a medical timeout for treatment.

Halep returned to the court and took control, running off four straight games for a 4-3 lead when rain arrived. Seventeen hours later, she was back on court and needed only 5 minutes to complete the win.

"I have learned that I don't have to give up, because anything can happen," she said.

Halep was scheduled to face Ashleigh Barty in the last match Thursday night, with the winner advancing to the quarterfinals. Rain returned shortly after Halep left the court, delaying play again and creating chaos with the schedule.

While the suspended matches wrapped up, the third round began on other courts in a tournament that had already lost top players.

No. 2 Caroline Wozniacki retired from her match Wednesday night because of an injured left knee, her second straight disappointing exit from a tournament. Wozniacki lost her opening match last week in Montreal.

On the men's side, No. 1 Rafael Nadal withdrew from the tournament after winning his fifth title of the year in Toronto, deciding it was best to get a little rest with the U.S. Open approaching.

Roger Federer is the top-ranked player left in a tournament he's won a record seven times. He and Nadal have been locked in a back-and-forth atop the rankings, exchanging the No. 1 spot six times in the last six months. Nadal will be No. 1 heading into the Open.

Novak Djokovic also made it to the third round, carrying the momentum from his Wimbledon title. Djokovic has never won a Western & Southern title, the only ATP Masters 1000 championship to elude him. He's reached the finals five times and lost every time. Djokovic is trying once again to become the first to win all nine ATP Masters events.