Team had gambled on both players 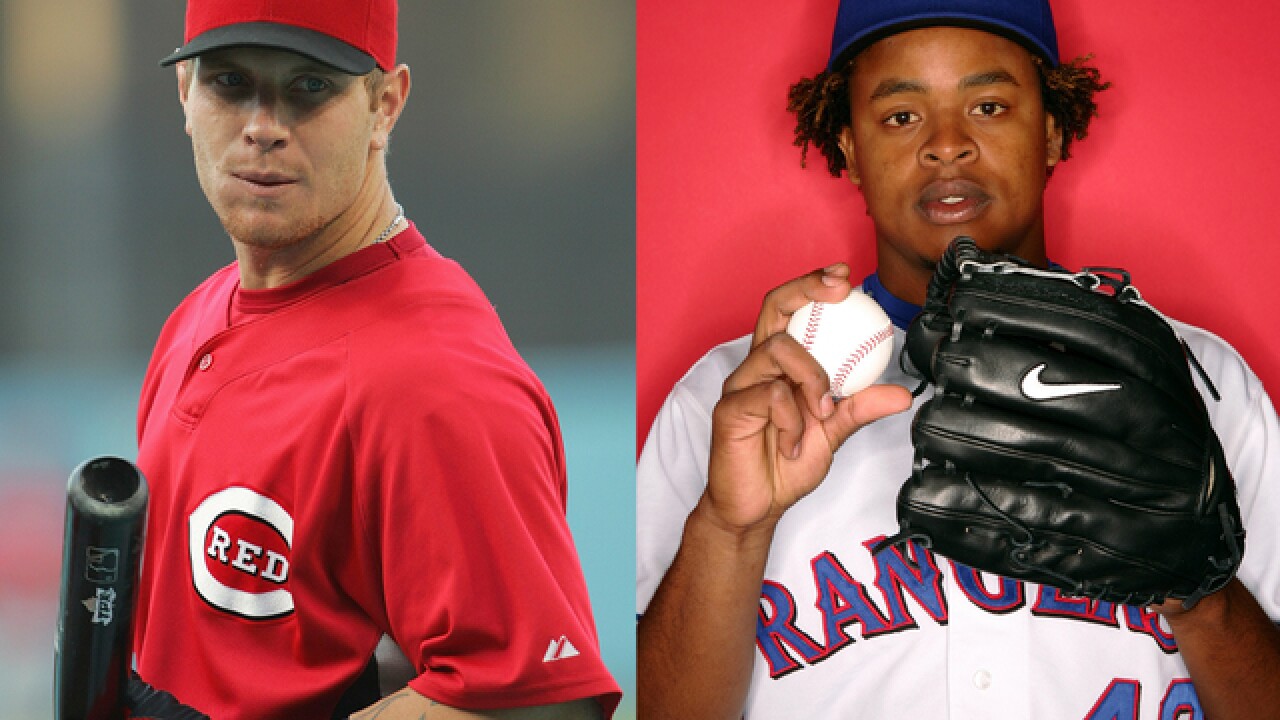 Copyright Getty Images
Getty Images
<p>It looked like a win-win for both clubs when the Cincinnati Reds traded Josh Hamilton to the Texas Rangers in 2007 for Edinson Volquez. </p>

CINCINNATI -- When the Reds traded Josh Hamilton to the Texas Rangers in 2007 for Edinson Volquez, it looked like a win-win for both clubs based on one-year returns.

The Rangers got a talented but troubled five-tool player, and the Reds got a pitcher for the top of the rotation.

The problem from the Reds' perspective was the trade wasn't just a one-year deal.

Volquez came down with a sore elbow the next year, eventually had Tommy John surgery and never had another full season with the Reds. His biggest contribution may have been being part of the deal that landed Mat Latos for the 2012 run.

Hamilton, of course, went on to become one of the best players in baseball. He won the American League MVP in the 2010.

You've got to give former general manager Wayne Krivsky and scouting director Chris Buckley credit for getting Hamilton in the first place.

They took a chance on Hamilton by picking him through the Rule 5 draft. Buckley, who knew Hamilton well, had vouched for him. Hamilton, of course, had just gotten off suspension for drugs. He was as high-risk a player as any the team could have taken a shot on.

The Reds actually did not select Hamilton in the Rule 5, however. The Cubs did, then traded him to the Reds for cash. The Reds were concerned he wouldn't be there for their pick.

"We're real pleased to have him, and look forward to seeing him play," Krivsky said at the time. "We've done a lot of work on this and tried to move up in the draft."

No one questioned Hamilton's talent. He had been the first pick in the 1999 draft. He signed for $3.96 million. He was moving through the Rays' system as a top prospect would when drugs derailed his life and career.

He hit rock bottom. Basically homeless, he was down to 180 pounds -- 70 under his playing weight.

But he fought back, and once he got clean, he began working at baseball again. Buckley saw him work out and convinced Krivsky he was worth the risk.

The Reds did a good job getting him through that first year. They basically hired Johnny Narron, manager Jerry's brother, to be Hamilton's babysitter.

But the Reds also had Adam Dunn and Ken Griffey Jr. signed. Neither would have brought a player like Volquez in a trade.

The Reds were also worried about how Hamilton would hold up. He had dealt with gastroenteritis and wrist injuries in his year with the Reds. They knew the toll his well-documented struggle with drugs and alcohol had taken on his body.

"When you haven't played for four years and haven't gone through a 162-game schedule, you're bound to have a few more injuries than the next guy," Krivsky said at the time. "It was a learning experience for him. He went through the grind for the first time."

Volquez has bounced around and is still in the majors, and he's mixed good years with bad years.

Currently with the Miami Marlins, he was reunited with old teammate Johnny Cueto in the 2015 Kansas City Royal World Championship team. He threw a no-hitter last year for the Marlins.

For Reds fans, he'll always be part of one of the great Might-Have-Beens in club history.