Serena Williams withdraws from French Open ahead of Sharapova match 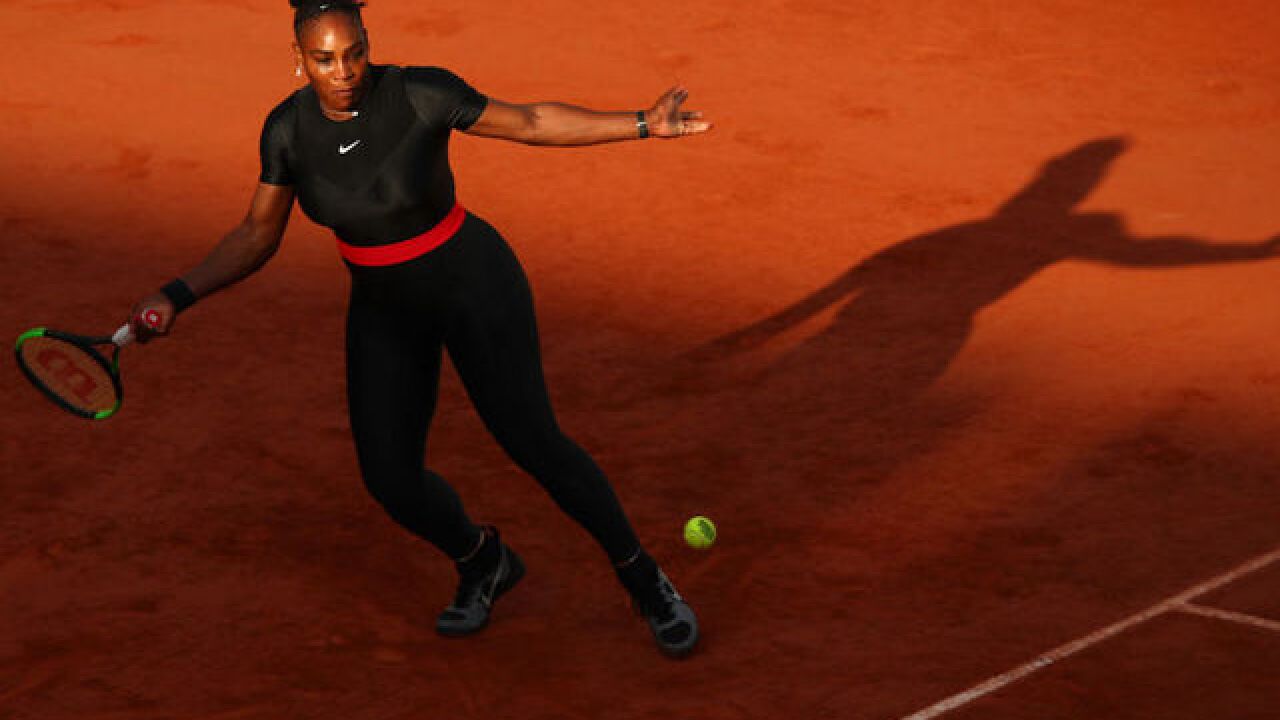 Image copyright 2018 Getty Images. All rights reserved. This material may not be published, broadcast, rewritten, or redistributed.
Clive Brunskill
<p>Serena Williams of The United States plays a forehand during the ladies singles third round match against Julia Georges of Germany during day seven of the 2018 French Open at Roland Garros on June 2, 2018 in Paris, France. </p>

Serena Williams' much anticipated clash with Maria Sharapova at the French Open didn't happen after all, the 36-year-old American pulling out because of a pectoral injury at the last minute.

The 23-time grand slam winner had played herself into form through three rounds in her grand slam comeback, but she took to the main interview room Monday to announce her withdrawal just minutes before the match was about to begin on the Philippe-Chatrier court in Paris.

Williams said she couldn't "physically serve" with the pectoral problem, adding she felt the injury during her third-round singles match against Julia Goerges on Saturday and during Sunday's doubles tussle with older sister Venus.

The siblings -- one of the best doubles teams ever -- lost 6-0 in the third set to third seeds Andreja Klepac and Maria Jose Martinez Sanchez and Serena's serve speed reportedly dropped as the match wore on.

The US superstar will have an MRI scan on Tuesday.

"I unfortunately been having some issues with my pec muscle ... right now I can't actually serve so it's actually hard to play when I can't physically serve," said Williams.

The French Open marked only Williams' third tournament of 2018 -- and first since March -- after she gave birth to daughter Olympia in September. None of those tournaments came on clay.

Her withdrawal means Sharapova, who held a 2-19 record against Williams and last beat her 14 years ago, moves into the quarterfinals against either Garbine Muguruza or Lesia Tsurenko.

'Back to the drawing board'

"There are times where I'm on the court and I'm practicing, and I look on the monitor and I see my daughter and she's playing and I want to be there, but I know that these are the sacrifices you have to make to live out your dream.

"And I have made every sacrifice that I could. So it's extremely disappointing. But also I made a promise to myself and to my coach and to my team that if I'm not at least 60% or 50%, then I probably shouldn't play.

"The fact that I physically can't serve at all is a good indication that maybe I should just go back to the drawing board and stay positive and try to get better and not get it to a point where it could be a lot worse."

Rafael Nadal, meanwhile, advanced to a 12th quarterfinal and has now won 37 straight sets at Roland Garros after defeating the spirited Maximilian Marterer of Germany 6-3 6-2 7-6 (7-4).

Anderson twice couldn't serve the match out, ending his bid to become the first South African man to make the French Open quarterfinals since Cliff Drysdale in 1967.

Since losing her first set of the tournament, women's No. 1 Simona Halep has cruised. Last year's finalist thumped Australian Open semifinalist Elise Mertens -- who had been 16-1 on clay this season -- 6-2 6-1.