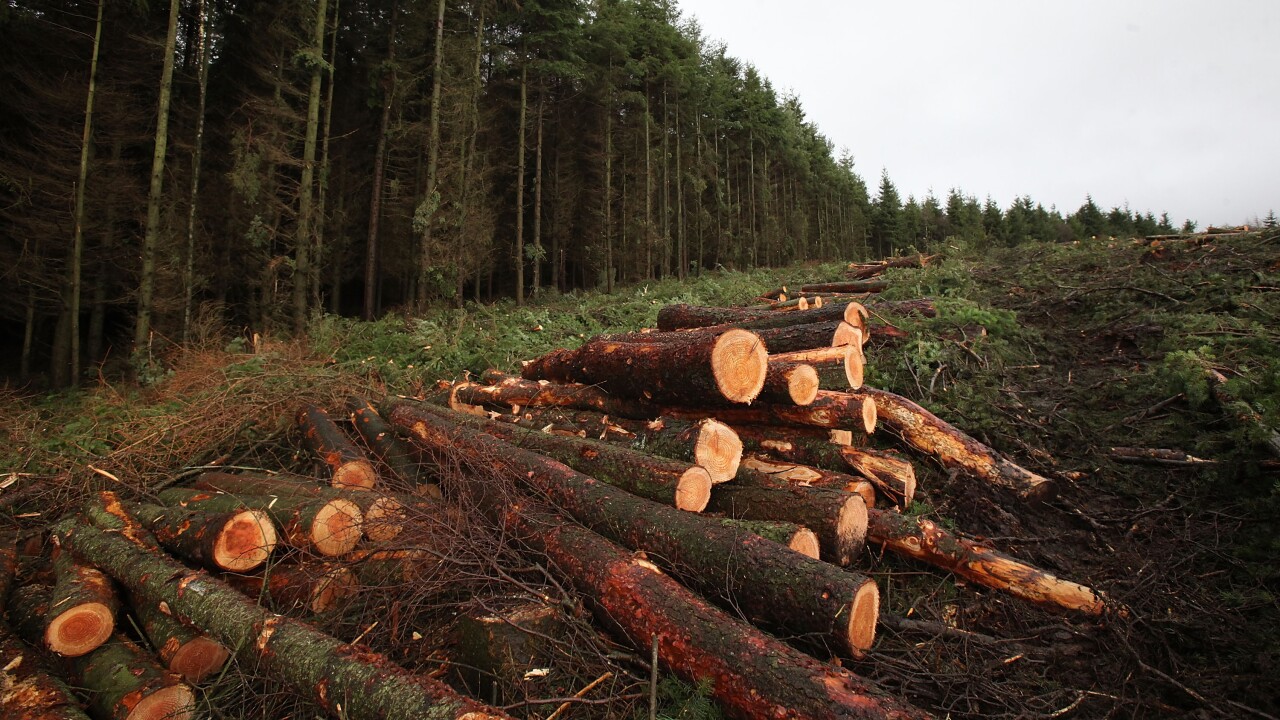 Matt Cardy/Getty Images
MINEHEAD, ENGLAND - JANUARY 12: Larch trees that have been felled wait to be collected at the National Trust's Staple Plantation on the Quantock Hills on January 12, 2011 near Minehead, England. Currently thousands of infected larch trees are being felled in the Somerset woodland in a bid to try and halt the spread of the deadly disease known as Sudden Oak Death.The airborne disease, originally from the USA and which can jump species, is spreading so fast some commentators are calling it the "foot and mouth" of trees. (Photo by Matt Cardy/Getty Images)

The state Department of Natural Resources said last week the fungal pathogen was detected in rhododendrons at about 30 stores. The Indianapolis Star reports Wednesday the number has since tripled, and affected material was sent to more than 70 Walmart stores and 18 Rural King stores in Indiana.

Megan Abraham, director of the DNR's Division of Entomology & Plant Pathology, says the plants were delivered to several other states, but she didn't specify which ones. Abraham says Indiana has the most locations with infested plants.

The DNR has said that it's the first time in about 10 years that sudden oak death has been detected in Indiana.