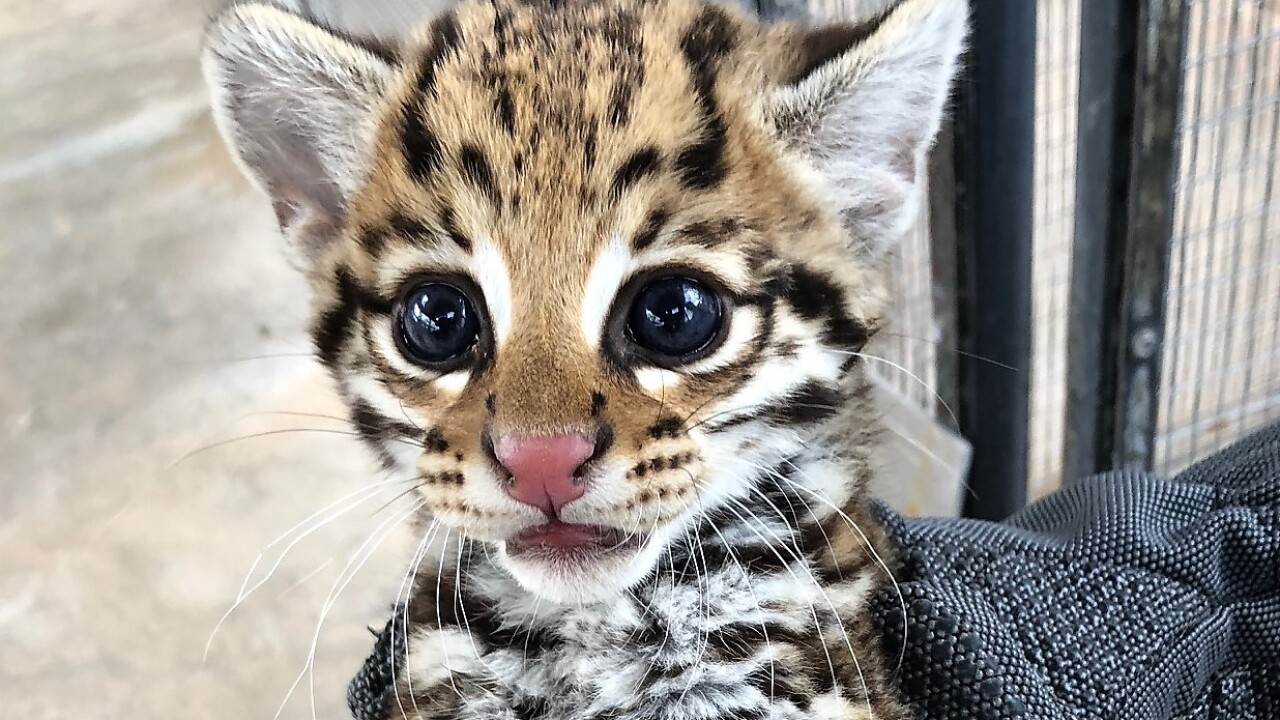 CINCINNATI — Three ocelot kittens recently born via artificial insemination aided by scientists from the Cincinnati Zoo & Botanical Garden aren't just adorable little fuzzy cuties you want to visit — they're also members of an endangered species and descendants of the male ocelot considered the most genetically-valuable in any North American zoo.

Scientists from the Cincinnati Zoo collaborated with their colleagues at the Arizona Sonora Desert Museum and the El Paso Zoo to produce two litters of the ocelot kittens through artificial insemination, the zoo announced Thursday. Three of the five kittens, who were born in early March, survived and are being raised by their respective mothers.

The father's semen was collected and frozen nine years ago at the Cleveland Metroparks Zoo. He's now 16 years old and living at the Houston Zoo, but had no offspring prior to the recent births, zoo officials said.

Ocelots have been in the U.S. endangered species list for more than 40 years, according to the zoo. A small population of just a few dozen of the cats survives in southern Texas. The zoo said reproductive sciences are helping address their conservation challenges and could help them in the wild in the future.