Popo in 9: Did you know Walnut Hills grad won French Open in '55? 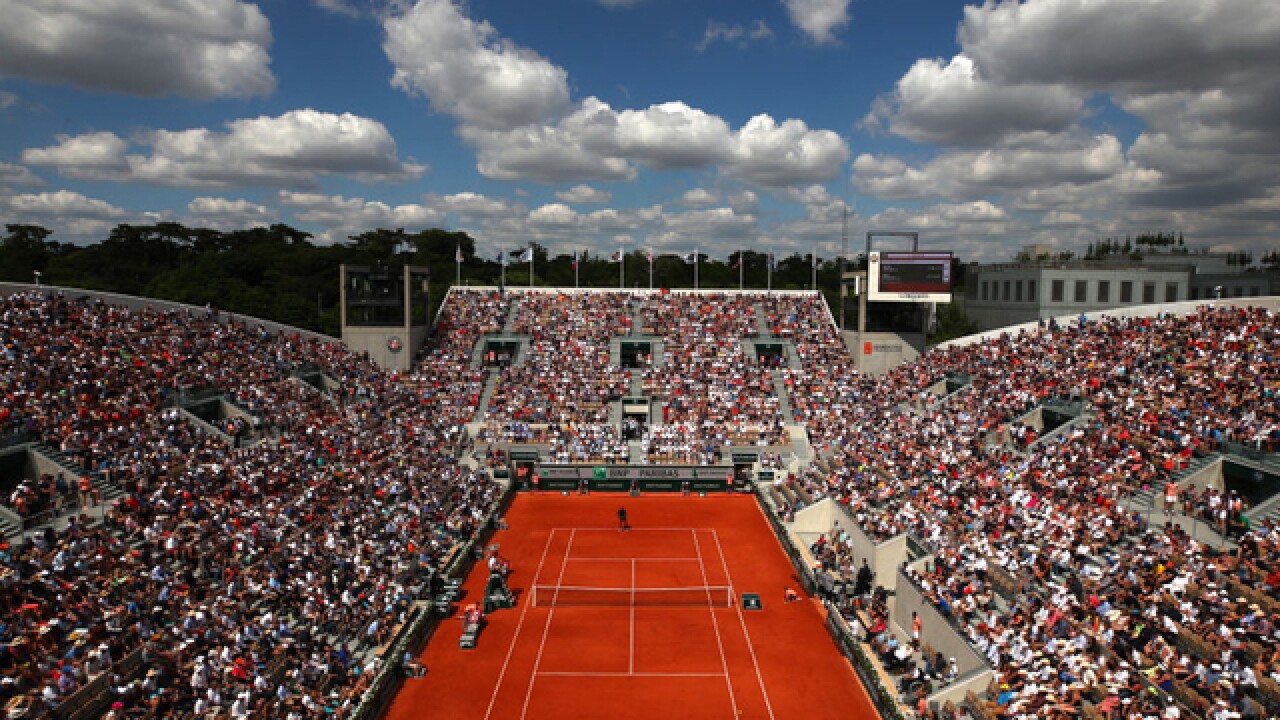 Copyright 2018 Scripps Media, Inc. All rights reserved. This material may not be published, broadcast, rewritten, or redistributed.
Clive Brunskill
<p>A general view inside court Suzanne Lenglen duirng the mens singles third round match between David Goffin of Belgium and Gael Monfils of France during day seven of the 2018 French Open at Roland Garros on June 2, 2018 in Paris, France. (Photo by Clive Brunskill/Getty Images)</p>

CINCINNATI -- It's the first Monday of June, and it’s a gorgeous day. Here are a few things worth knowing as you hit the streets.

1. Cincinnati's Tony Trabert won the French Open on this date in 1955. Trabert, a Walnut Hills grad, took a four-setter over Sven Davidson; it was the second consecutive year Trabert won the Open. There wasn't another American men's champion at the French until 1989 when Michael Chang won.

2. The Golden State Warriors rolled the Cleveland Cavaliers 122-103 in Game 2 of the NBA Finals in Oakland on Sunday night. Golden State has a 2-0 lead in the series.

3. Stephen Curry was brilliant in Sunday's win, hitting an NBA Finals record nine three-pointers.  He ended up with 33 points. LeBron James was strong again with 29 points, 13 assists and nine rebounds, but he was no match for the Warriors.

4. Game 3 is Wednesday night in Cleveland. The Cavaliers couldn't steal a game in Oakland, and I'm not sure they can win more than one game in Cleveland -- if that.

5. The Major League Baseball Draft will take place Monday night. The Reds get the fifth overall pick in the draft, which will begin at 7:30 p.m.. When you pick this high, you can't afford to fail. The Reds have been picking very high for a few years now, but it's still too early to see if any of the selections are winners.

6. No game Monday night for the Reds. They're back from the West Coast to start a series with the Colorado Rockies on Tuesday night.

7. The Reds lost to the San Diego Padres on Sunday 6-3 when Hunter Renfroe pinch hit a grand slam home run against Luis Castillo.

8. Serena Williams was scheduled to play Maria Sharapova at the French Open today but pulled out of play citing an arm injury. Williams and Sharapova are often played up as a rivalry, but it really isn't one: Williams has won 19 of the 21 matches they've played.

9. Three drivers continue to dominate the NASCAR Cup races. Martin Truex Jr. won Sunday at Pocono Raceway, which means that Truex, Kevin Harvick and Kyle Busch have won 10 of the 14 races on the circuit so far this season.