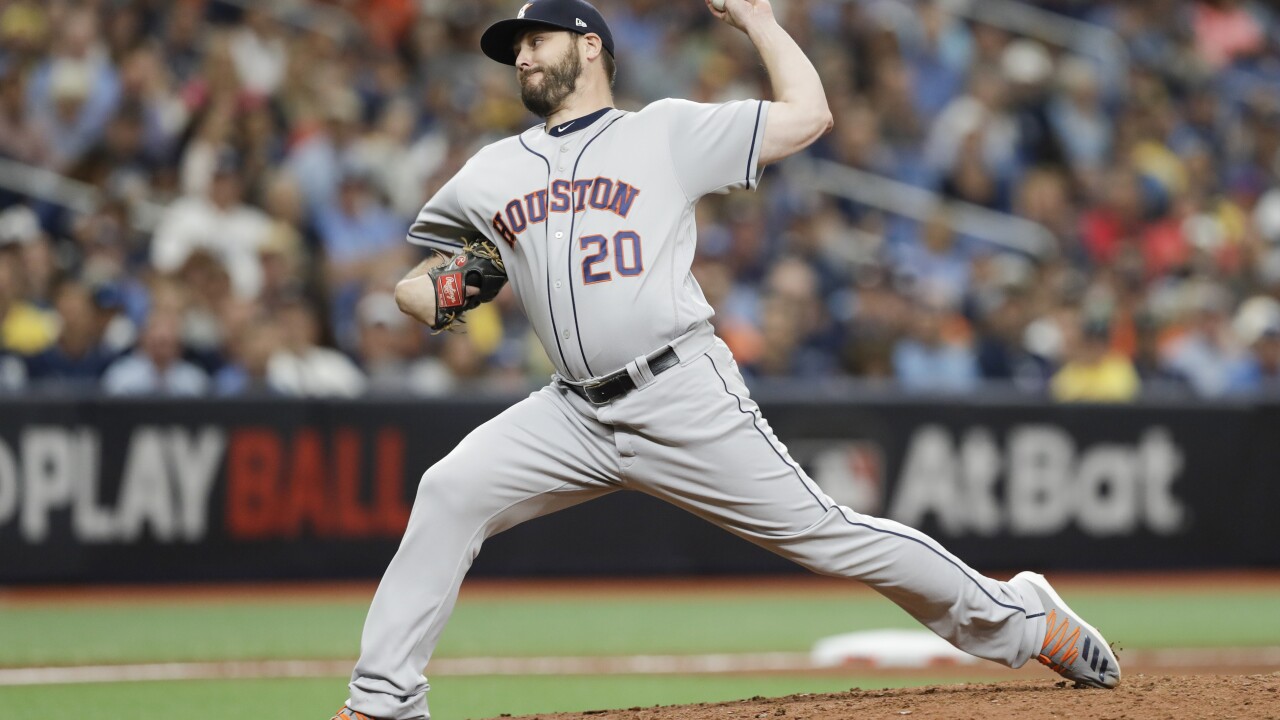 GOODYEAR, Ariz. (AP) — The Reds went in a slightly different direction when they signed left-hander Wade Miley in the offseason, departing from their preference for developing or trading to acquire starting pitching.

Instead, they chose to spend a considerable amount of money on a free agent.

Alex Wood was the only left-handed starter last season, and injuries limited him to seven starts. He left Cincinnati as a free agent after the season.

Getting a left-hander for an already solid rotation was a priority this offseason.

“We face lineups that left-handers can be more effective against," manager David Bell said. "You can't always line it up that way but it is going to happen. As we get into it we may be able to line it up. It is not absolutely mandatory to have a left-hander but it is definitely an advantage.”

Miley has reached the playoffs each of the last two seasons with Milwaukee and Houston. Last year, he struggled in September, going 1-2 with a 16.68 ERA, and made one relief appearance in the playoffs. Overall, he was 14-6 with a 3.98 ERA for Houston.

“‬He was a good player on good teams, but most of what I know about him and how he competes is from DJ," Bell said.

Miley kept in contact with Johnson last year and was enticed by the possibility of a reunion in Cincinnati.

“‬I've always liked the National League better," Miley said. “‬Derek Johnson was a big part of it.‭ This is a good ballclub; I'm looking at what they've done. I'm excited about being with them to take that next step.”

Miley joins a rotation that includes 2019 All-Stars Luis Castillo and Sonny Gray, along with Trevor Bauer and Anthony DeSclafani.

“It's exciting to see,” Miley said. “This is a talented group and I'm proud to be a part of it.”