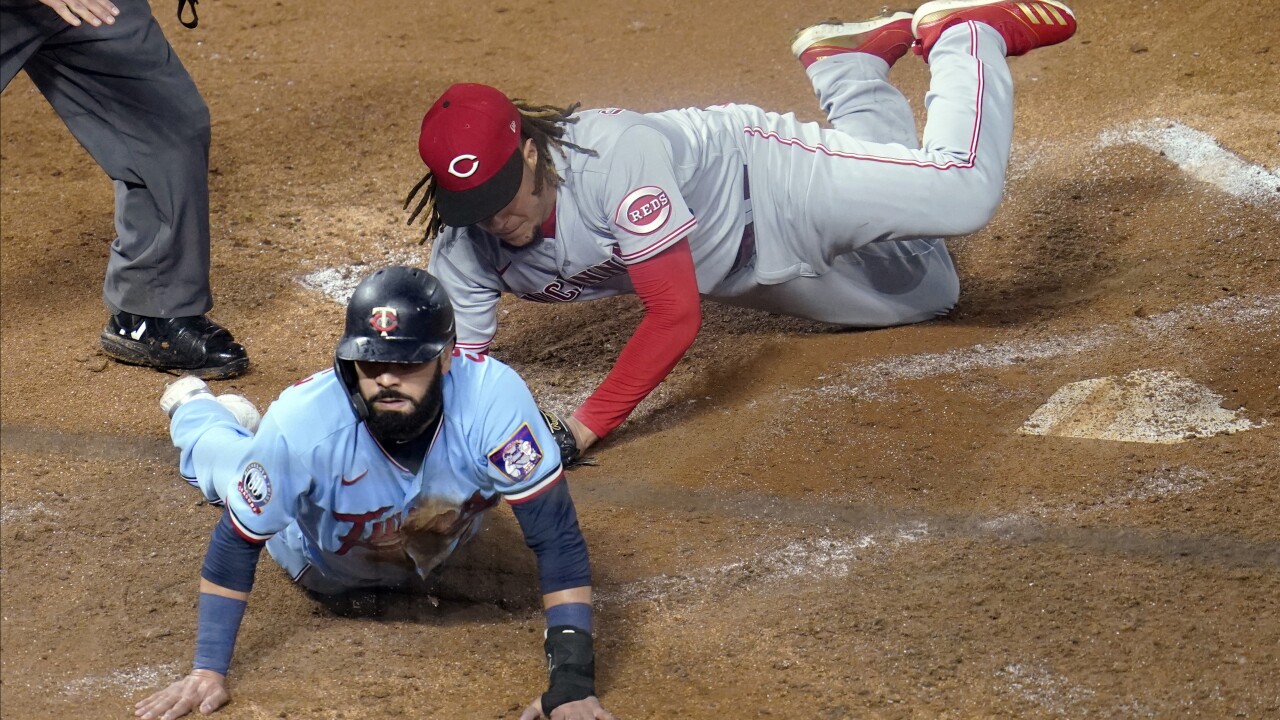 MINNEAPOLIS (AP) — Luis Arraez matched career highs with four hits and three RBIs in his return to the lineup, and the Minnesota Twins clinched home-field advantage in the first round of the playoffs Saturday night with a 7-3 victory over the Cincinnati Reds.

Minnesota maintained its one-game lead in the AL Central over the Chicago White Sox, who beat the crosstown Cubs 9-5. The Twins can wrap up their second consecutive division crown — and the No. 2 seed in the American League — with another win Sunday against Cincinnati or a White Sox loss at home to the Cubs.

If the teams finish tied, Chicago wins the division because it holds the tiebreaker over the Twins.

Arraez had three of Minnesota’s season-high eight doubles as the Twins made sure there will be postseason baseball at Target Field.

Because Cleveland lost to Pittsburgh, Minnesota is guaranteed to play its best-of-three wild-card series at home, where the Twins are a major league-best 24-6. Minnesota took control of the No. 2 seed in the AL because Oakland was swept by Seattle in a doubleheader.

Tyler Clippard (2-1), the first of four relievers, pitched one perfect inning for the win.

Joey Votto had an RBI double for Cincinnati. In the playoffs for the first time since 2013, the Reds can finish as high as fifth in the National League field.

Arraez was activated before the game after missing 13 games with left knee tendinitis.

In his first two at-bats since Sept. 8, Arraez doubled and scored in the first and added an RBI double in the third as part of three straight two-baggers by Minnesota hitters. It was Arraez’s first career multi-double game.

Marwin Gonzalez doubled in the fourth and scored on a wild pitch by Luis Castillo (4-6) for a 4-2 lead. Castillo allowed four earned runs in four innings.

Arraez had an RBI double in the fifth and an RBI single in the seventh.

Cincinnati scored twice against Michael Pineda in the first inning, including an RBI double by Votto, but the big right-hander, Minnesota’s Game 3 postseason starter, scattered just three more hits and was done after tossing 80 pitches in four innings.

With a light rain falling, pinch-hitter Nick Castellanos hit an RBI single in the seventh to get the Reds to 5-3, but with the bases loaded, Votto struck out and Eugenio Suarez grounded out.

Twins: Two players who left Friday’s game — 3B Josh Donaldson (right calf cramp) and CF Byron Buxton (hit in the helmet by a pitch) — did not play. Donaldson, who missed 30 games this season with a strain of the same calf, feels better and received treatment. Buxton arrived at the ballpark with a few mild concussion symptoms and will be reassessed daily. “I’m hopeful Buck will be ready to go Tuesday,” manager Rocco Baldelli said.