Shula reboot; Bengals off to worst start in franchise history. 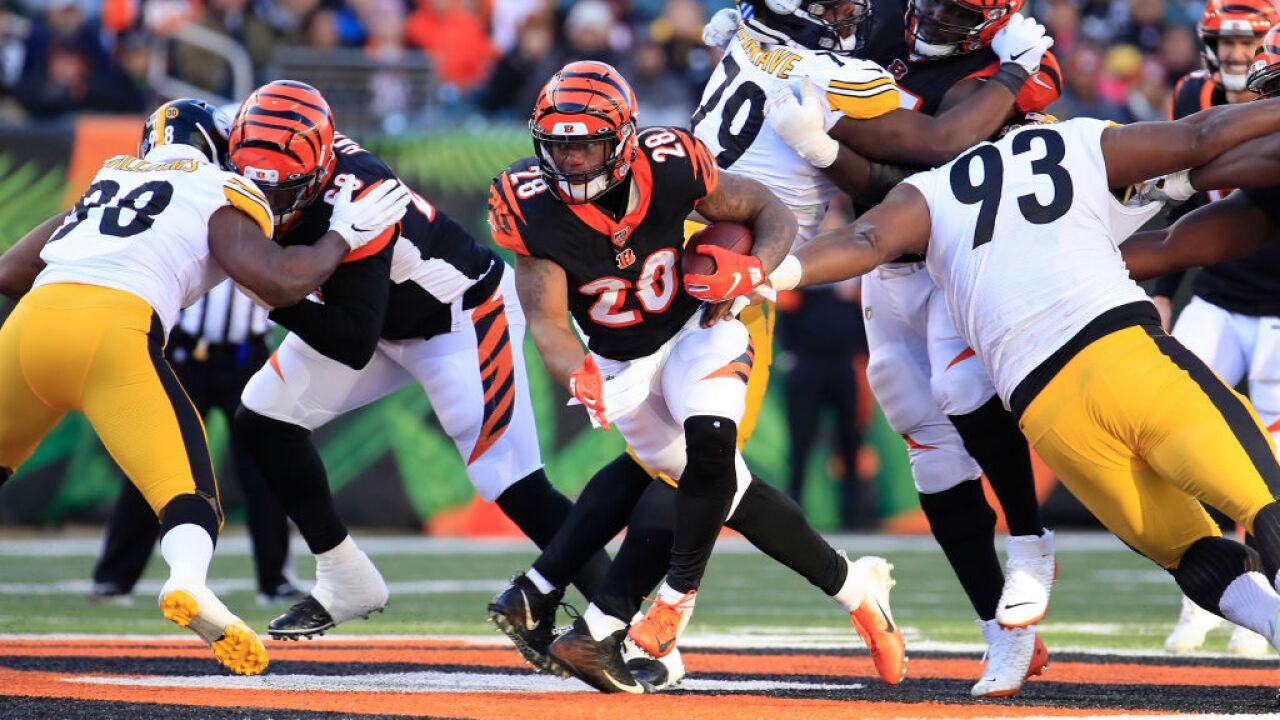 CINCINNATI – When the Dave Shula Era is being used for historical context, it’s a sign that things have gotten as bad as they have ever been for the Bengals.

On Sunday, the Bengals lost their 13th straight game dating to last season, 16-10 to the Steelers at Paul Brown Stadium.

The Bengals dropped to 0-11 in Zac Taylor’s first season as head coach. It is the worst start in franchise history. They have lost 18 of their last 19 games.

Welcome to rock bottom. That is, until next week, when a new standard of futility could be set.

“It’s defeating to lose,” Taylor said. “Period. I don’t care about the history or anything like that. If you’re a competitor, to lose is the worst feeling there is. You wouldn’t see a team compete like that to the last whistle if it doesn’t still hurt.”

This one hurt worse.

The Bengals led 7-3 at halftime. But just as they have done on a few occasions in recent years against the rival Steelers, the Bengals collapsed in the second half to suffer their 10th straight loss to Pittsburgh.

The Bengals haven’t defeated the Steelers since Nov. 1, 2015.

With only five games remaining, the 36-year-old Taylor still is seeking his first win as an NFL head coach. The situation he’s been thrust into has drawn comparisons to Shula – son of NFL coaching legend Don Shula – who became the youngest head coach in league history when the Bengals hired him in 1992 at the age of 32.

Taylor was hired after Marvin Lewis’ tenure had run its course, albeit with a relatively successful period of playoff appearances.

“Nobody’s more frustrated than the guys in that locker room,” Taylor said following Sunday’s loss. “We need the support now. It’s easy to take shots at us when we’re down. Enjoy it now, because it’s going to turn. We’re all looking forward to that day.”

Even worse for the Bengals than criticism is that apathy among the fans has displaced anger. The crowds are dwindling. The majority of fans in Paul Brown Stadium on Sunday were clad in black and gold and waving Steelers “Terrible Towels.”

A banner in the stadium on Sunday read “Let’s grow with Joe,” in reference to LSU quarterback and Ohio native Joe Burrow, who could be the No. 1 overall selection in next year’s NFL Draft.

After Sunday’s games, the Bengals have a two-game lead in the race for the top overall draft choice. Taylor insists what fans are seeing on the field from the Bengals in recent weeks isn’t a tank job.

“Two weeks in a row now we’ve had a chance (to win) on the last possession and didn’t get it done,” Taylor said.

In the first half, a sensational one-handed catch by Boyd resulted in a 47-yard gain. On the next play, Finley found Boyd for a 15-yard touchdown to give the Bengals their first halftime lead since Oct. 20 against Jacksonville.

The score was tied 10-10 when a series of key mistakes led to the Bengals’ demise.

And, the Bengals didn’t.

Boyd who had five receptions for 101 yards, hauled in a 22-yard completion but fumbled around the Pittsburgh 6-yard line. It was recovered by the Steelers’ Minkah Fitzpatrick to end the Bengals’ scoring threat.

“I gave the game away,” said Boyd. “I got to do a better job of protecting the football.”

Still, the Bengals had a chance.

The Bengals had the ball at their own 7-yard line with 5:32 left, trailing by three points. But they chose to forgo the game plan, which was to establish the run with Joe Mixon, who rushed for 79 yards on 18 carries, and instead had three straight incompletions and punted after only 12 seconds had elapsed.

“We needed to get out of there,” reasoned Taylor. “We felt good about a couple of those passes. If we got the first down and got moving, we felt like we’d have some runs at our disposal.”

The Steelers then sealed the victory with a sack of Finley and fumble recovery with two minutes left.

“We’re playing for pride,” said Bengals tight end Tyler Eifert, “and every one of these defeats hurts.”

Finley had his best performance as an NFL QB, going 12-for-26 passing for 192 yards and a touchdown. He also was sacked four times, including the lost fumble when he didn’t sense the rush coming from his blind side. Finley said after the game that pocket presence is something he needs to work on.

“With any young quarterback, the first three games are struggles,” Taylor said of Finley, who is getting a look after Andy Dalton was benched three weeks ago. “We’re down two starting receivers right now. We have to give him a chance. That’s where we’re at right now. You have to be confident in the decisions you make.”

Taylor said personnel is evaluated each week, but said he has no plans to go back to Dalton.

“I think there’s a lot of things in hindsight you can look at over the course of the season,” Taylor said. “You have to be confident with the decisions you’re making.”

Under Shula in ’93, the Bengals started 0-10 but won three of six down the stretch. With games against the Jets, Dolphins, and two against the Browns still left on the schedule, it’s possible the Bengals could avoid a winless season, but the clock is ticking.

Meanwhile, Taylor was asked if he gets frustrated having to be the spokesman for the franchise and answer the questions each week.

“I speak every day with everybody in the building,” he said, “and we’re all on the same page. We’re building a foundation for something better. We’ll get through it. The wins will come.”