No. 7 Cincinnati stays unbeaten with 36-33 win over UCF 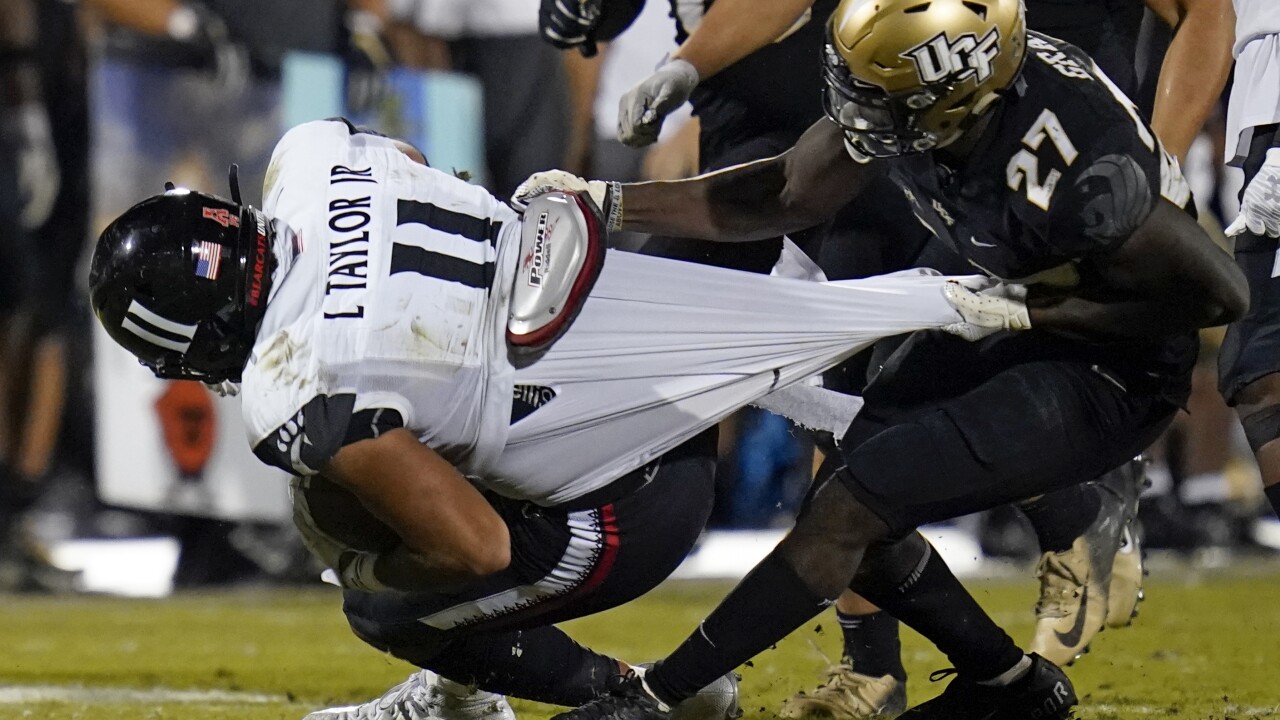 The Bearcats (8-0, 6-0 American) fell behind 14-3 in the first quarter against their toughest opponent yet, but grabbed the lead by halftime.

Dillon Gabriel threw for 243 yards, three touchdowns and one interception as the Knights (5-3, 4-3) lost at home for the second time this season.

UCF took a 25-22 lead in the third quarter with a 19-yard touchdown pass from Gabriel to Marlon Williams.

The interception Gabriel threw was costly for UCF.

Bearcats safety Darrick Forest picked off Gabriel’s pass early in the fourth quarter and returned it 20 yards to the Knights’ 16. Four plays later, a 1-yard sneak by Ridder gave UC a 29-25 lead with 13:07 remaining.

Cincinnati used 10 plays to go 71 yards on its next possession to go up two scores. The Bearcats converted a fourth-and-1 at the UCF 26 and three plays later Ridder threw a 7-yard touchdown pass to Leonard Taylor for a 36-25 lead with 7:15 remaining.

UCF made it 36-33 with 4:27 remaining on a 10-yard touchdown pass from Gabriel to Jaylon Robinson and a 2-point conversion pass to Jacob Harris

The first CFP rankings come out Tuesday night and the Bearcats are hoping to become the first team from outside the Power Five conferences to crack the top-10 in the selection committee’s first top 25 of the season.

Cincinnati: The Bearcats are 8-0 for the first time since 2009, when they finished the regular season 12-0 and went to the Sugar Bowl.

UCF: The Knights have lost more conference games this season than the past three combined, but those have come by a combined 12 points.

Cincinnati is at Temple next Saturday.

UCF will close out its regular season at USF on Friday.