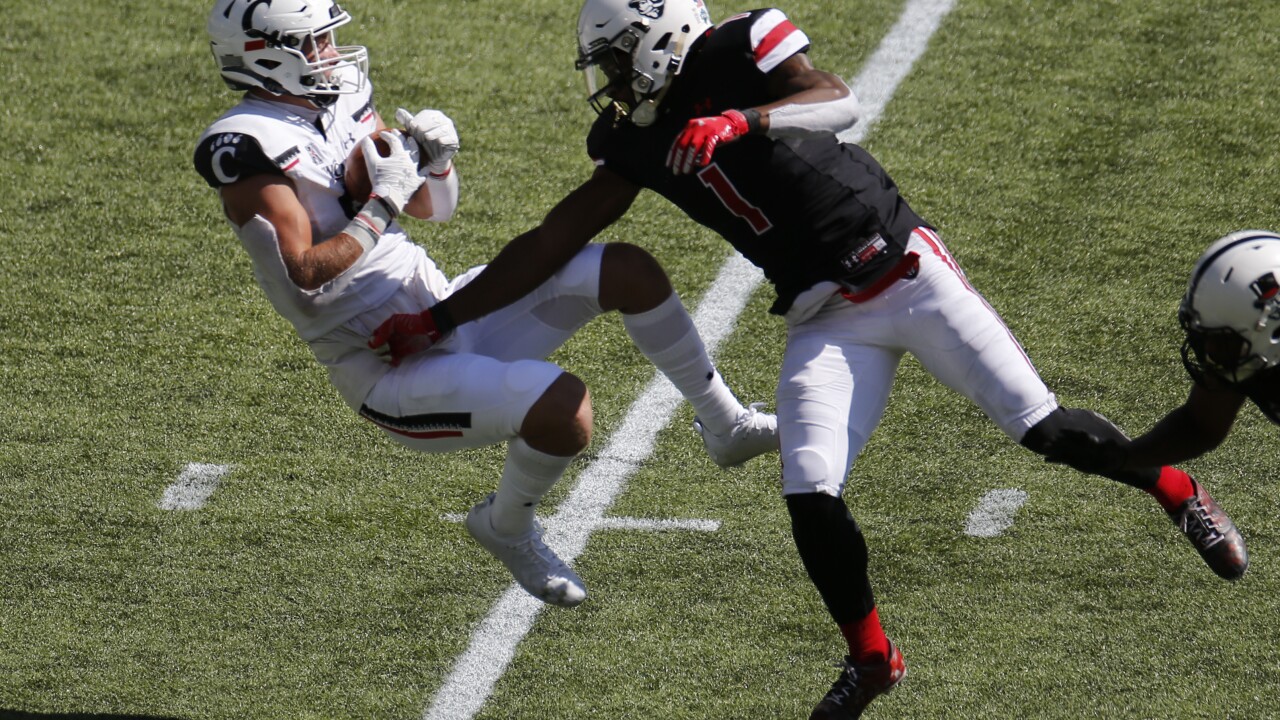 Desmond Ridder passed for 196 yards and two TDs for Cincinnati in a game that originally was scheduled for Sept. 3. It was the latest start for a Bearcats season since 1968 when they played at Texas Tech on Sept. 21.

Cincinnati (1-0) has high hopes for this year after it went 11-3 last season and ranked No. 21 in the final AP poll. It quickly jumped all over the Governors.

Tre Tucker’s first career touchdown reception came on a 29-yard shovel pass from Ridder just 1:29 into the game. With 33 seconds left in the first quarter, Doaks took a direct snap on fourth-and-goal from the 1-yard line and ran it in for a 14-3 lead.

Ridder’s 38-yard run set up Cincinnati’s third touchdown, a 1-yard run by Doaks to put them up 21-3 in the second quarter.

In the third quarter, Doaks had a 32-yard touchdown catch on fourth-and-2, and Arquon Bush’s 31-yard interception return led to Jerome Ford’s 2-yard TD run and a 42-6 lead.

Junior QB Jeremiah Otsvall passed for 202 yards for Austin Peay (0-3), which allowed 55 points in each of its past two games, including last week’s 55-0 loss to Pittsburgh.

Freshman running back CJ Evans Jr. had two rushing TDs for the Governors, including a 64-yarder in the fourth quarter.

No fans were allowed in Nippert Stadium on Saturday due to COVID-19 concerns, but immediate family members of players and coaches were permitted in the stands.

Doaks has taken on a larger role in the Bearcats offense with the departure of Michael Warren II, who finished his career with 2,918 yards rushing. On Saturday, Doaks contributed to the passing game with four catches for 64 yards and a touchdown, to go along with his three rushing TDs. He had 84 all-purpose yards on 14 touches.

Austin Peay’s next game is not yet scheduled. The Ohio Valley Conference plans to play a seven-game league schedule in the spring.

Cincinnati hosts Army on Saturday in a game added to fill a void in the nonconference schedule after games against Nebraska, Miami of Ohio and Western Michigan were cancelled due to COVID-19.