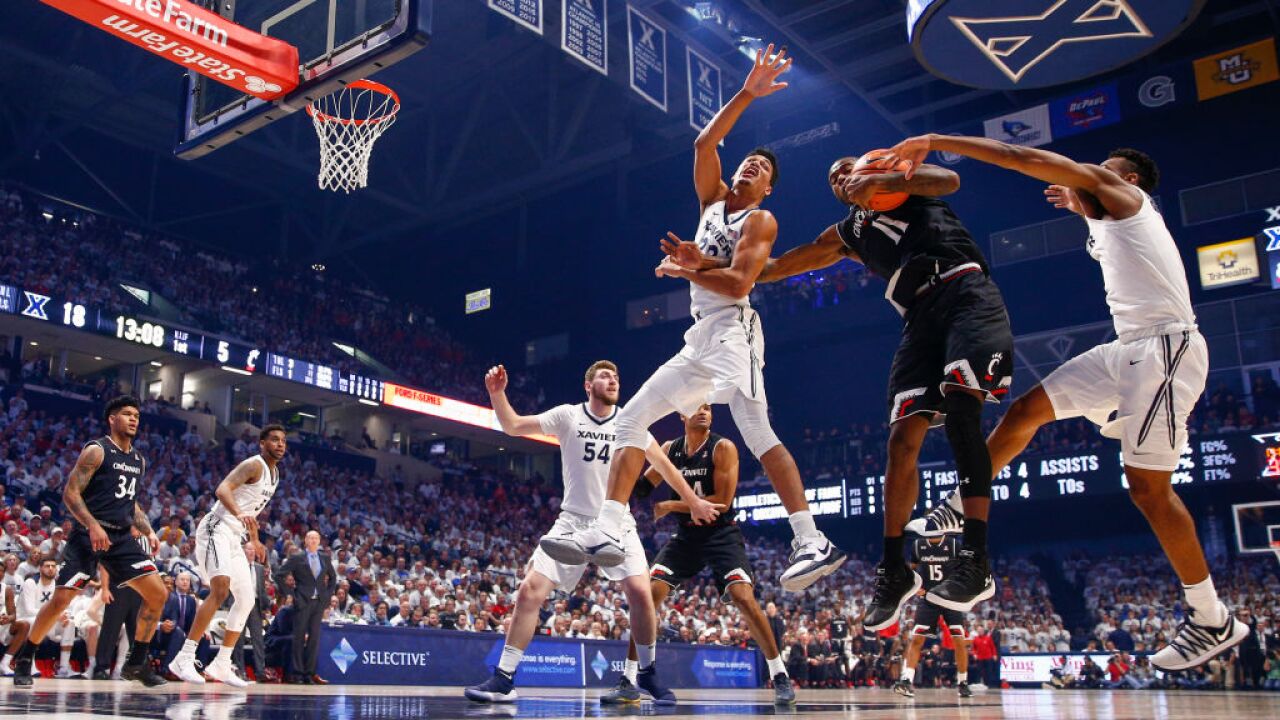 CINCINNATI (AP) — Naji Marshall tied his career high with 31 points and Xavier regained the city's bragging rights on its home court, beating Cincinnati 73-66 Saturday for its ninth win in the last 13 games of the crosstown rivalry.

The junior forward led a run that built the Musketeers' lead to 16 in the second half. Xavier (9-1) was never seriously threatened down the stretch. The Musketeers have won eight straight against the Bearcats at the Cintas Center.

Marshall made the difference on both ends of the floor. He also guarded Cincinnati's Jarron Cumberland, the American Athletic's player of the year who had a sore hip and wasn't much of a factor. Cumberland went 4 of 14 and finished with 11 points and four turnovers.

Marshall had 17 points in the first half, when Xavier led by as many as eight points. Cumberland managed only four points with three turnovers in 15 minutes.

Marshall led a 15-4 run in the second half that put Xavier ahead 51-35. Marshall had a steal and dunk, a 3-pointer, another steal and a reverse layup during the spurt. Marshall went 12 of 22 from the field overall and had five steals and a block.

Cincinnati: Cumberland has been limited by ankle and hip injuries and a one-game benching by Brannen. He played only 11 minutes during an 82-73 win over Vermont on Tuesday, when he hurt the hip. He was tentative at times Saturday, especially on defense.

Xavier: The Musketeers overcame first-half foul troubles and went on the decisive run in the second half. Jones got his second foul only 4:20 into the game and went to the bench for the rest of the half, costing Xavier its best front-line player. Paul Scruggs also got his second foul midway through the first half.