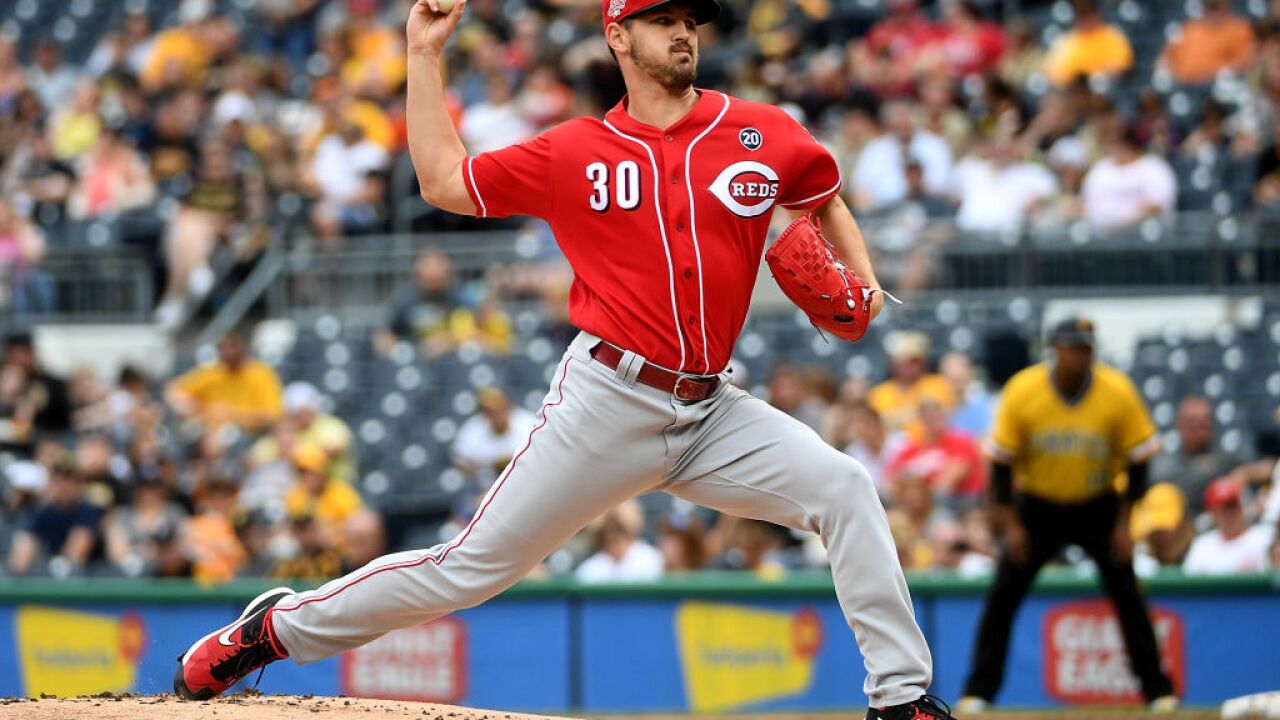 PITTSBURGH (AP) — The Pirates will head into the offseason searching for a new voice after firing Clint Hurdle. The Cincinnati Reds may have found theirs during a season that offered tangible proof that years of rebuilding might finally be producing forward momentum.

The evidence came in a 3-1 victory over Pittsburgh on Sunday. Aristides Aquino finished off two scintillating months by hitting his 19th home run. Brian O'Grady and Alex Blandino went deep too to help Tyler Mahle to his first win since May as Cincinnati finished 75-87 during first-year manager David Bell, an eight-win improvement over 2018 and the club's best record since a 76-86 mark in 2014.

"We progressed a lot from last year," said Mahle, who tossed five shutout innings. "I think the team's only going to get better. I think we're on the right track."

Filling in with Trevor Bauer sidelined by an illness, Mahle gave up three hits with five strikeouts to pick up his first victory since May 31, a span of 13 starts.

"I told (Mahle), some results or certain stats do not define a season in our mind," Bell said. "We felt like it was a strong one and a good step for him. I'm glad he got to finish strong just to take that into the offseason."

Eugenio Suarez went 0 for 4 to finish with 49 home runs. Michael Lorenzen worked the ninth for his seventh save as Cincinnati won in Pittsburgh for the second time in less than 24 hours after snapping a 12-game losing streak with a 12-inning victory on Saturday night.

While Aquino's pace slowed a bit after hitting 14 home runs in August, he ended the season with 19 home runs and 47 RBIs in 56 games after connecting off Williams in the second. The 25-year-old entered the day tied for ninth among major league rookies in home runs even though he didn't debut until Aug. 1.

"It's been very impressive how he's handled when he's not hot," Bell said. "Just steady. He's really intelligent and has a great way about him. To me, he proved he belongs here. Just the way he handled himself when he was doing great. It's nice to see him finish strong too."

Hurdle went 735-720 with Pittsburgh, leading the team to three straight playoff appearances from 2013-15. The club's fortunes have ebbed since winning 98 games in 2015. The Pirates finished 69-93 this season, the franchise's worst mark since dropping a major-league worst 105 games in 2010, the year before Hurdle arrived.

Hurdle addressed the team before leaving PNC Park before the first pitch of what Prince called one of "the tough days of baseball."

"Some of us have been around a while and hurts a little bit," Prince said.

Steve Blass ended his 60-year professional relationship with the Pirates on Sunday when the former pitcher and longtime analyst called his final game.

Blass joined the organization in 1960 as an amateur free agent from Farms Village, Connecticut. He reached the majors in 1964 and went on to play for the Pirates for 10 seasons, the high point coming in 1971 when he threw a complete game in Game 7 of the World Series to push Pittsburgh past Baltimore for the title.

Williams stepped off the mound and tipped his gap to Blass before throwing the first pitch.

"I was really not on the mound when that was happening," Williams said. "I either had angelic help from Roberto (Clemente) and from Willie (Stargell) or it was just a special moment for baseball and for the Pirates organization."

The players turned toward the broadcast booth high above home plate again during the seventh-inning stretch. The Pirates announced Saturday that Blass will be in the inaugural class of the franchise's Hall of Fame next year.

Pirates: C Steven Baron underwent surgery Sunday to repair a fractured jaw suffered during Saturday night's 12-inning loss to the Reds. Baron is expected to be ready for spring training.

The Pirates average attendance ticked up to 18,412 in 2019, a slight increase over the 18,316 last year but well off the 30,847 the club averaged when it won 98 games in 2015. Hurdle said before the game — and before being fired — that he carried some of the responsibility for the downturn.

"You want to peel back all the layers, you want to get raw with it, that's where we are right now," he said. "We need to sell more tickets."