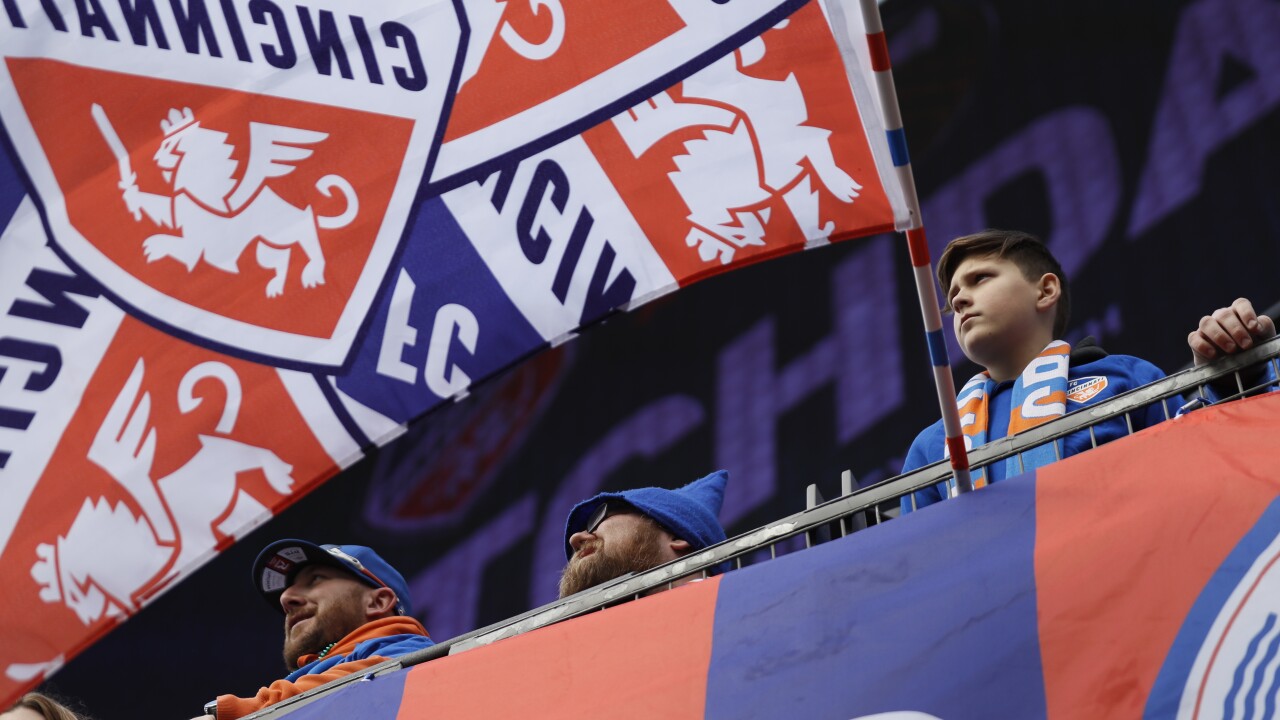 John Minchillo/AP
A young fan waits in the stands before the first half of an MLS soccer match between FC Cincinnati and the Portland Timbers, Sunday, March 17, 2019, in Cincinnati. (AP Photo/John Minchillo)

Duncan scored in the 16th minute when he took a soft pass from Florian Valot and punched it in as he ran down the left side of the box. Nine minutes later, Valot found Kaku at the center of the box and he tapped it in with his left foot from 16 yards out.

A minute into the second half, Allan Cruz took a centering pass from Brandon Vasquez to get Cincinnati on the board. Cruz has scored in his last three MLS appearances dating back to the end of last season.

Daniel Royer restored New York's two-goal advantage in the 70th minute. Duncan found Royer, who took the ball at the left of the box, turned a defender, weaved to the middle and scored.

Jurgen Locadia got Cincinnati's second goal 13 minutes later after a turnover when he redirected his own rebound on a breakaway.