Defense much improved, FC Cincinnati holds off Crew for draw 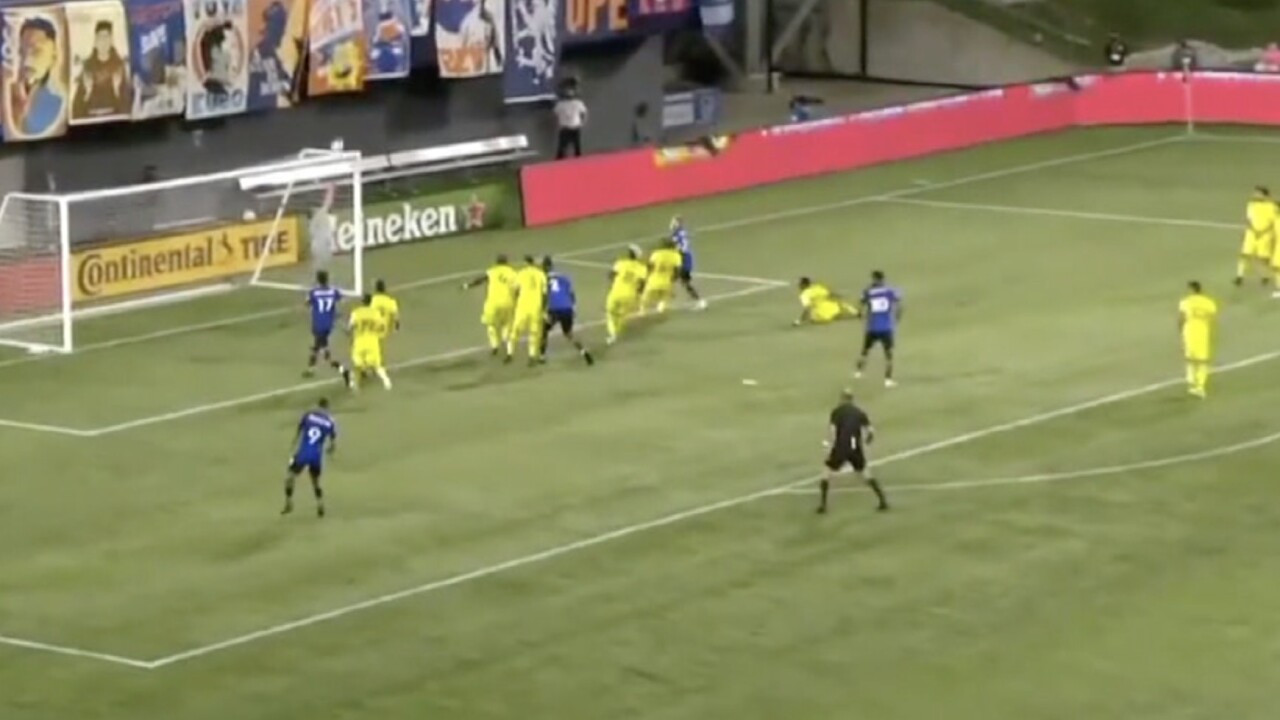 A tie was a little more satisfying for FC Cincinnati this particular time.

The Orange and Blue played second-place Columbus Crew SC to a scoreless draw Saturday at Nippert Stadium in the second edition of the “Hell is Real” derby. Columbus (5-1-2, 17 points) handed its Ohio rival a 4-0 loss the previous meeting July 11 during the MLS is Back Tournament opener, which marked Cincinnati’s first match under Jaap Stam.

Columbus had outscored FC Cincinnati 9-1 over the last 2 1/2 meetings entering Saturday’s closed-door match. With the draw, the Orange and Blue (2-4-2, 8 points) remain in 10th place in the Eastern Conference, while Columbus stays behind Toronto FC after the Reds overtook the Crew for first with a win Friday.

Much has changed for FC Cincinnati since the last “Hell is Real” derby match, most notably a switch to a more defensive approach out of the 5-3-2 formation that occurred after the July 11 loss to Columbus. Since then, the Orange and Blue are 2-1-2 (but 2-1-1 in league play), but this was the first rematch under Stam and first true opportunity to see how far they have come over the last seven weeks.

The most obvious point of improvement was the defense. The Orange and Blue earned their fourth clean sheet in seven games under Stam and this time shut down a potent Crew attack that scored a third of their 12 goals this season in the previous match against Cincinnati. Columbus midfielder Lucas Zelarayan had perhaps the best chance of the night for the Crew in the 51st minute when he launched a rocket from the corner of the penalty box into the side netting at the near post.

“We made changes in there (since the first loss to Columbus), and we made a lot of progress in that and we got results by doing that as well, and that's what you've seen today,” Stam said. “Everybody was working very hard, showing quality and defending, being determined, but also showing quality on the ball. … What we're trying to do with the club, with the team, I think we made a lot of progress.”

The Crew finished with seven shots, including three on target that were saved by Przemyslaw Tyton, and they challenged FC Cincinnati’s defense with 30 crosses while also playing to a 61.3 percent possession rate.

Perhaps most notably the Orange and Blue were able to keep Gyasi Zardes from scoring on them for the first time in four MLS meetings between the teams. FC Cincinnati did well in closing gaps that were present the first meeting and had two midfielders playing a deeper role to help in that effort.

FC Cincinnati didn’t score, but the chances are building in a more fluid fashion. The Orange and Blue finished with five shots, including two on goal that Eloy Room saved in his first game back from injury since the group stage of the MLS is Back Tournament.

Attacking midfielder Siem de Jong had a nice strike on target on a free kick in the 17th minute that Room made a diving save to punch away, and Adrien Regattin crossed it back post for another close chance on a Joe Gyau header that went just wide.

Maikel van der Werff was looking for the game-winner in the 89th minute on Haris Medunjanin’s free kick but couldn’t finish at the near post as his shot went wide.

“That's what it's going to be like moving forward,” Gyau said. “We are going to be feisty in the back and get out in transition on the wings, and we're going to continue to stay to the game plan.”

A rivalry without fans in attendance doesn’t feel the same, but the intensity of the derby was still evident in the physical play on the pitch.

The teams combined for 34 fouls, including 23 in the first half, and five yellow cards of which four were for unsporting behavior (the fifth was a time-wasting card on Yuya Kubo for subbing off on the wrong side of the field). Columbus coach Caleb Porter commented to the visiting media that the officiating could have been better, after he argued for harsher calls on a few occasions during the game.

Zardes went down in the box several times but didn’t get calls. In the 25th minute, there might have been contact with Mathieu Deplagne, which had Porter yelling for a penalty kick, but play continued. On the other side of it, Stam commented during a halftime interview on the TV broadcast that the calls were going against his team.

“It's not that physical,” Stam said. “It looks physical because the referee gives a lot of fouls, especially to us.”

Adding to the rivalry Saturday was the wrinkle of three former FC Cincinnati players coming off the bench for Columbus, including Fatai Alashe, who was traded two weeks ago, and the club’s first designated player in forward Fanendo Adi, who was released during the offseason. Derrick Etienne Jr. also spent two months with Cincinnati last summer on loan.