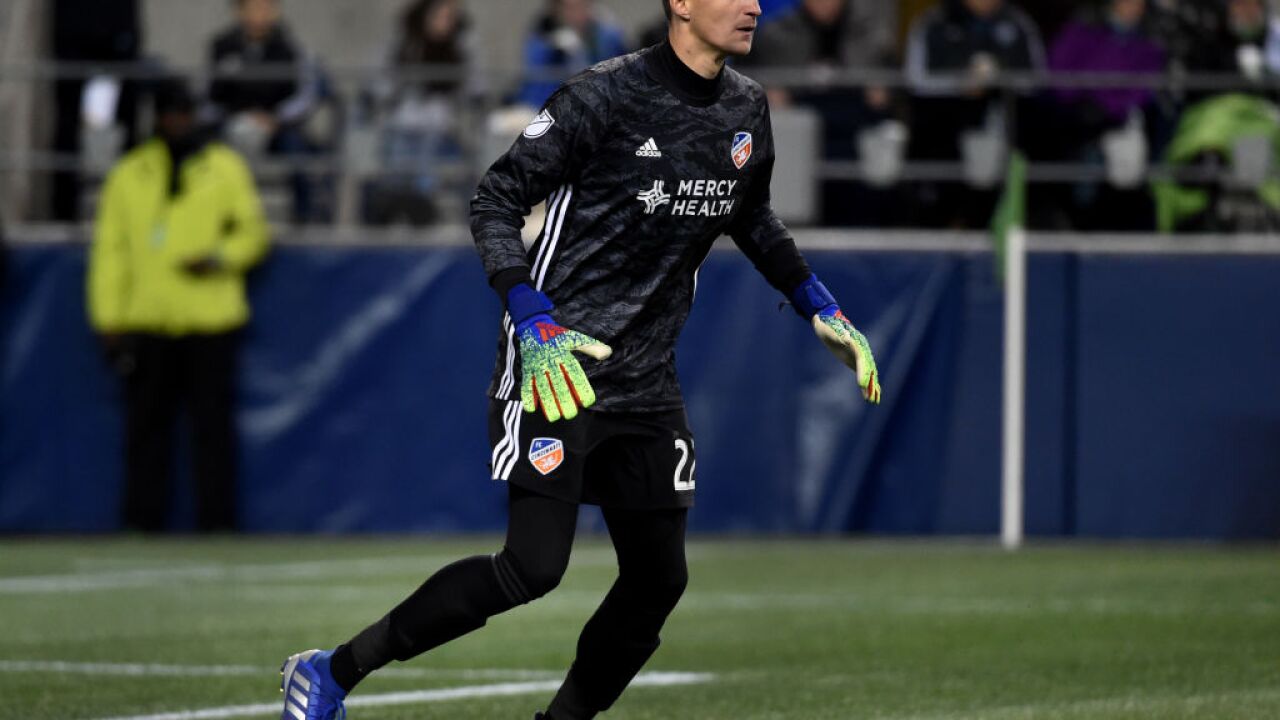 WASHINGTON (AP) — Przemyslaw Tyton had his third shutout in the last five games and short-handed Cincinnati tied D.C. United 0-0 on Sunday in the regular-season finale for both teams.

D.C. United (13-10-11), which is unbeaten, with three wins, in its last five matches, fell to fifth in the Eastern Conference standings and will play at No. 4 seed Toronto in the knockout round.

Przemyslaw Tyton, who started the last 12 games, finished with three saves for expansion Cincinnati, which allowed an MLS-record 75 goals this season.

Cincinnati (6-22-6) played the entire second half down two men. Joseph-Claude Gyau and Roland Lamah were shown straight red cards for a serious foul in the 41st minute and violent conduct in the 44th, respectively. D.C. United had 66.2% possession and outshot Cincinnati 33-8.