Castillo fans 11, bounces back to pitch Reds past Giants 7-0 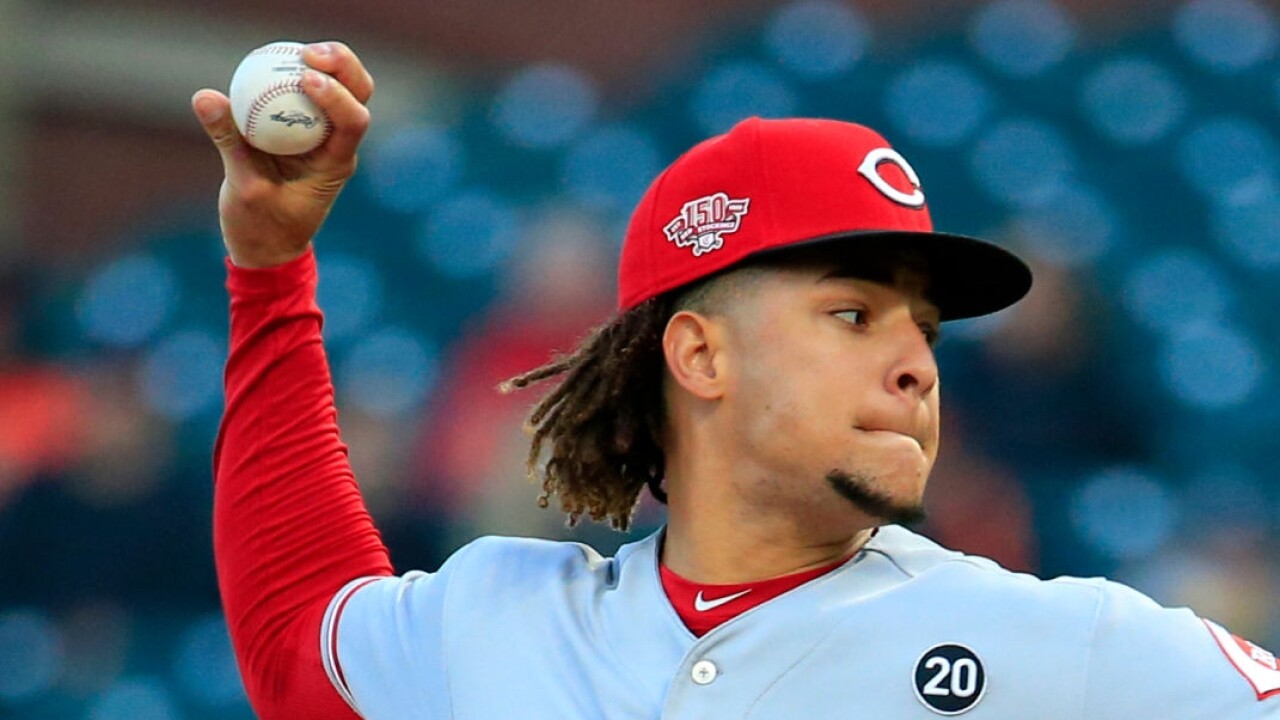 Daniel Shirey
SAN FRANCISCO, CALIFORNIA - MAY 10: Luis Castillo #58 of the Cincinnati Reds pitches during the first inning against the San Francisco Giants at Oracle Park on May 10, 2019 in San Francisco, California.

SAN FRANCISCO (AP) — When Luis Castillo walked the first two batters he faced, he didn't panic. Instead he just kept his focus.

Castillo struck out a season-high 11 in six innings, Nick Senzel hit a two-run triple and the Cincinnati Reds beat the San Francisco Giants 7-0 on Friday night.

"I think in the first inning I didn't feel comfortable there, I think my consistency wasn't there," Castillo said through a translator. "I said 'OK, I have to be the pitcher that I am.'"

Castillo (4-1) allowed two hits and walked five. Last Sunday, facing the Giants in Cincinnati, the hard-throwing 26-year-old took a no-hitter into the sixth inning and was sitting on four-run lead, then gave up four runs in a game San Francisco won 6-5.

Castillo's ability to find his command the way he did was no ordinary occurrence for a young pitcher, Reds manager David Bell said.

"They may find it, but to then pitch as well as he did, it is pretty rare," Bell said. "Usually something's a little bit off and it's hard to make an adjustment in the middle of the game. I think just with his movement, it took him a couple of hitters to settle in, but there's some toughness there, mental toughness to make that adjustment on the fly like that."

Castillo combined with Zach Duke, Michael Lorenzen and Wandy Peralta on a four-hitter.

The Reds led 1-0 in the second when they put two on with two outs for Senzel. He hit a deep drive off Dereck Rodriguez (3-5) and center fielder Steven Duggar crashed into the wall trying to make what would have been a great catch, but the ball popped out of his glove on impact.

Senzel wound up with a triple and later scored on a double by Eugenio Suarez.

Rodriguez lost his third straight start. Stephen Vogt had three hits and walk in his sixth game with the Giants and is batting .467 (7 for 15) with his new team.

The Giants' best threat came in the fifth, when Vogt doubled after Panik drew a two-out walk, but Castillo got Evan Longoria to hit a weak grounder to him off a slider on his first offering.

"He's got great stuff and throws hard," Giants manager Bruce Bochy said of Castillo. "He's got a plus fastball and a plus change. We put pressure on him, got men on base but we couldn't get the hit to keep it going."

The Stanley Cup made an appearance at Oracle Park, part of a Bay Area promotional tour in support of the San Jose Sharks, who advanced to the Western Conference finals. NHL "keeper of the Cup" Phil Pritchard flew the trophy to San Francisco from the NHL Hall of Fame in Toronto on Thursday night. The Cup was displayed in the Giants' dugout during pregame and on the concourse adjacent to the San Francisco Bay. The Giants also used the Cup as a ball holder when they pitched batting practice.

With the Giants trailing 4-0 in the fourth inning, fans erupted in cheers when Warriors "Splash Brothers" Stephen Curry and Klay Thompson hit key 3-pointers down the stretch in Golden State's 118-113 series-clinching Game 6 victory over the Houston Rockets in the Western Conference semifinals.

Reds: OF Jesse Winker was back in the lineup after missing two games with tightness in his left quadriceps.

Giants: CF Kevin Pillar was out of the lineup after starting 31 straight games. ... C Buster Posey, who went on the concussion list on Thursday (retroactive to Wednesday), was scheduled to be evaluated by a doctor Friday night, Bochy said. ... 1B Brandon Belt left the game in the top of the ninth, an inning after walking off the field awkwardly after trying to beat out an infield grounder. Bochy said he'll undergo an MRI and probably miss the next game or two. ... Pitching coach Curt Young missed Friday's game to attend his daughter's graduation from University of Arizona. He was replaced by Triple-A Sacramento pitching coach Steve Kline.