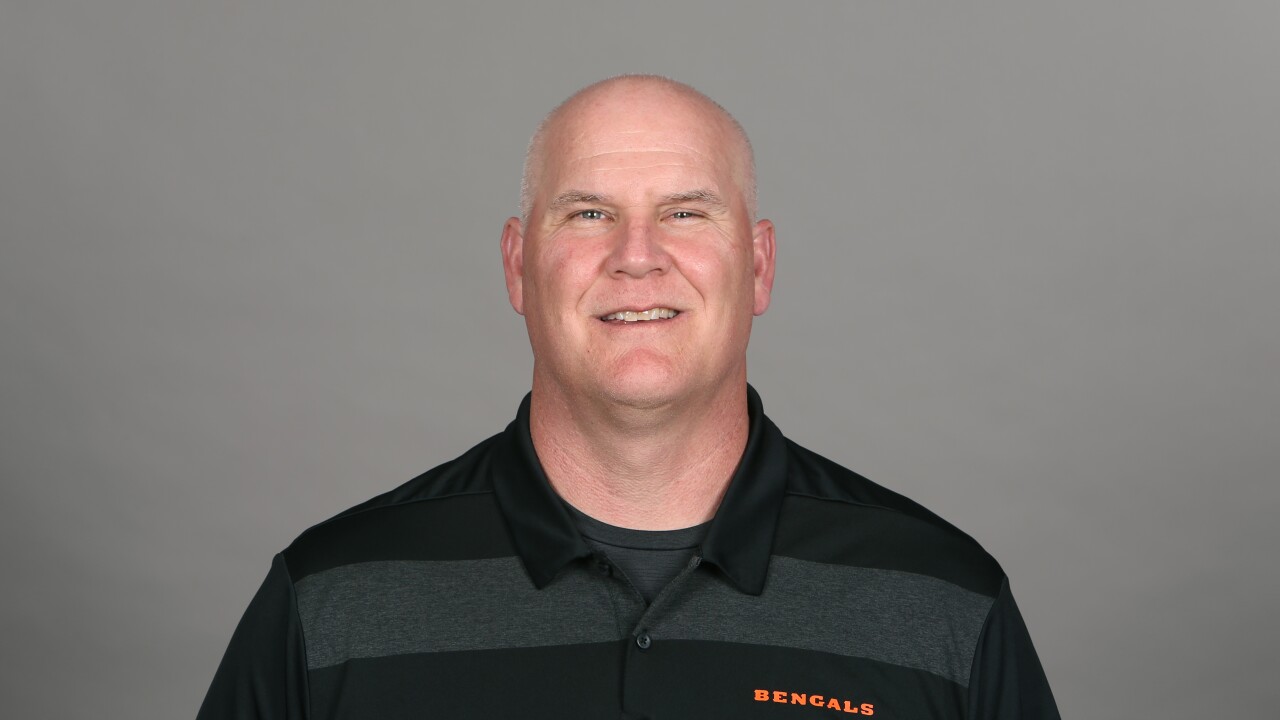 CINCINNATI — The Cincinnati Bengals announced on Saturday that Frank Pollack will return as the team's offensive line coach and run game coordinator.

Pollack served as the Bengals' offensive line coach in 2018, before spending the past two seasons with the New York Jets.

In 2018, under Pollack's lead, Cincinnati's OL ranked 11th in the NFL in fewest sacks allowed per game (2.8), a sharp contrast from the previous season in which QB Joe Burrow was sacked 14 times in just three games.

"Frank will help us make great strides in the run game and protections," said Zac Taylor, Bengals head coach, in a press release. "He brings great technical skills in player development, and his familiarity with some of our current offensive linemen will allow him to get to work right away. We interviewed several strong candidates to get the best outcome for our team. I am excited about the experience Frank brings to our offense."

Pollack will be replacing Jim Turner, who has served as the Bengals' offensive line coach for the last two seasons.